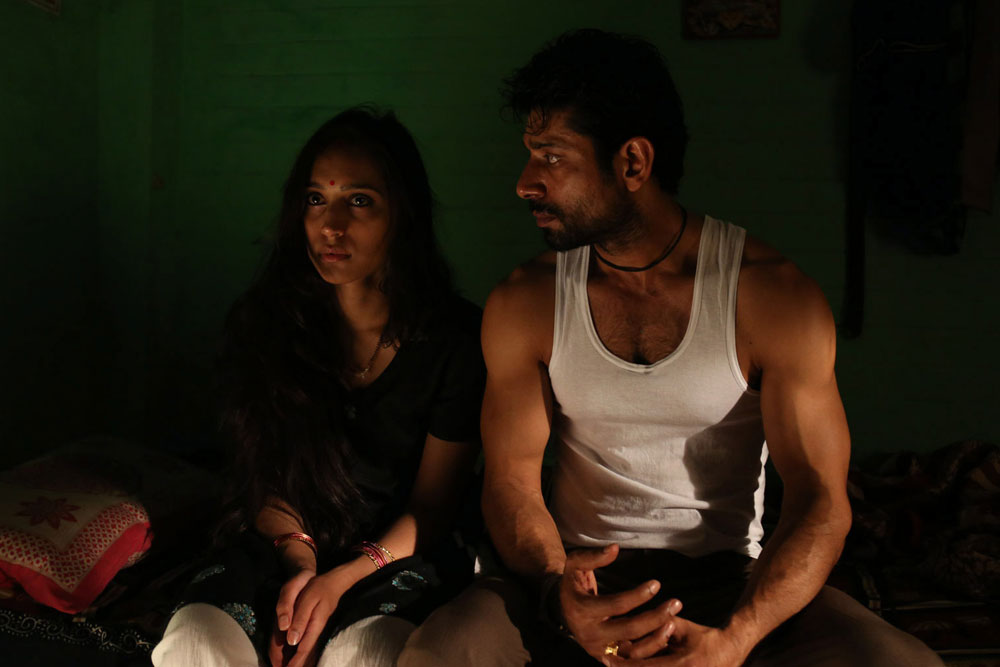 Anurag Kashyap seems to have decided that too much realism is a bad thing. His latest movie, ‘Mukkabaaz’, really packs it in as a melodrama about how politics enters sport, caste, and even disability. It is loud, and in your face. The songs and the background music are used much like it is in mainstream Hindi cinema; for the purpose of guiding an audience towards either applause or condemnation.

Not one character in the film is imbued with shades of grey. The villain of the piece, Bhagwan Das Mishra (Jimmy Shergill), is a Brahmin from Bareilly, a gangster who manipulates the training and selection of boxers at his gym along caste lines. He has enormous influence in the boxing federation in his city and in the state of Uttar Pradesh, and the young protagonist in the movie, a boxer called Shravan (Vineet Kumar Singh) is blocked in his tracks because of the obstacles this fascist keeps setting before him. Bhagwan’s animosity to Shravan’s caste status, to his chutzpah, to his insolence, is the driving force of the film, and in this sense the plot is a pretty straightforward revenge drama about the Brahmin Chief and the downtrodden boxer.

Jimmy Shergill is an excellent actor, but rarely, in terms of pure villainy, has he agreed to don the mantle of Pran and Amrish Puri. He does so here, with blood shot eyes, impassive face and remorseless violence towards his own kith and kin, not to mention bloodyminded savagery towards those who challenge his sovereignty over the sport. When Shravan has the temerity to fall in love with and marry Bhagwan’s niece, Sunaina (Zoya Hussain), a woman born without vocal cords but who is extremely articulate and expressive in sign language, her uncle wrecks havoc in their familial and married life.

It is disappointing that Kashyap has chosen a formulaic narrative structure to talk about an important issue like the social reality of the caste system, still impregnable seventy years on to any sort of reform; despite the constitution, in spite of reservation, despite the formation of political vote banks within a multi-party system. However, there is no questioning the film maker’s boldness in speaking of this bluntly, and also of newer discriminations in Uttar Pradesh, based on what people eat in their homes.

In a horrific and contemporaneous scene, Shravan’s boxing coach from Varanasi, Sanjay Kumar (Ravi Kishan) who describes himself as ‘Harijan’, is assaulted in his own home by vigilantes who question his assertion that the meat he eats is mutton. This is a subject that no mainstream writer and director has dared to touch, and it is commendable that this film includes such an important character, faced with a conflict that is often used as an intimidation tactic to settle personal scores. Earlier, this man, who has faced social discrimination from the day he was born, makes a differentiation between terms that describe the pugilist in his State. He explains how, when young and a successful professional boxer, he was invariably referred to in the sport as a ‘mukkabaaz’ (one who gets into scraps and fights) and never ‘mukkebaaz’ (a boxer).

Actor Vineet Kumar Singh has worked hard at bringing himself into shape and learning all the moves of a boxer. Zoya Hussain, as his wife, makes a fine debut in Hindi cinema. It is not the acting, the content, or the ideology that is wrong with this movie. What jars is the choice of a hackneyed and overused cinematic style that divides characters and conflicts into simplistic demarcations of black and white.