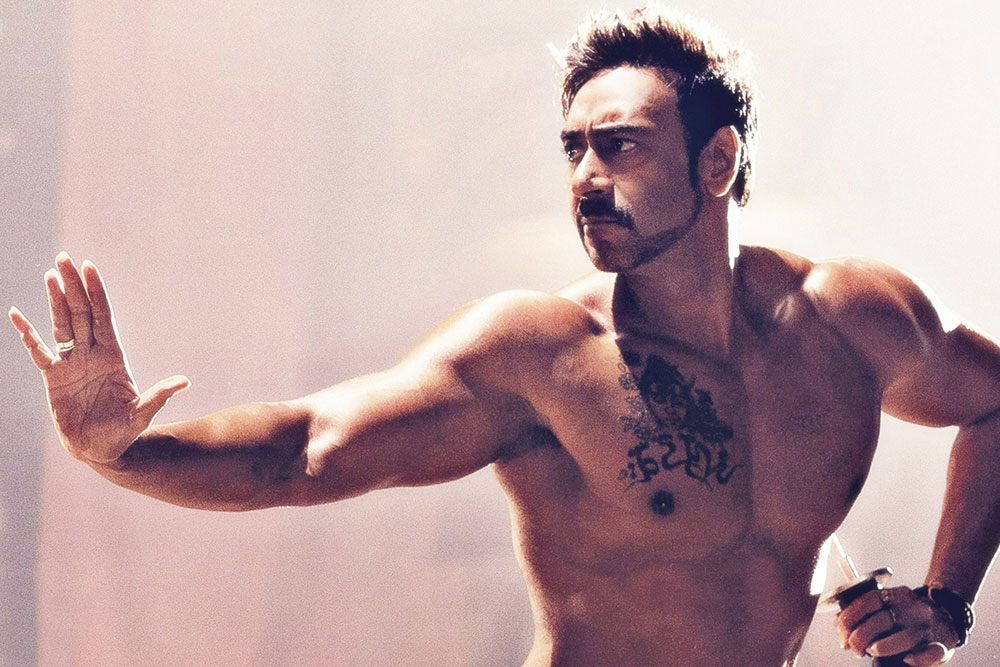 It is a tough act to take off from a gripping thriller like Taken, but Ajay Devgn does the action scenes well and bonds well with the daughter he is trying to rescue from child traffickers in Bulgaria. The problem with the film is in the way he directs himself. With other directors who have handled his brooding presence well and turned him into an interesting person – an introvert who sulks until he discovers something he is passionate about, after which he turns into a human tornado – he was an important part of a movie, but was not placed dead centre of the frame for the duration. He was used as an instrument of the narration, an alter ego for an authorial perspective on an issue. But in Shivaay Devgn has fallen into the narcissistic trap that actors directing themselves often slip into.

The movie goes on endlessly, until all the thrills and tension have vanished into the thin air of the mountains of Bulgaria, just so as you can get to see what a devoted father Shivaay (Devgn), this mountain tour guide from the Himalayas, has turned into. The relationship he shares with his Bulgarian lover, Olga (Erika Kaar), a tourist he meets in India, is a gruff one, but the daughter she gives birth to in Mussoorie, Gaura (Abigail Eames), becomes the reason for his existence. She is mute and expresses herself with gestures of affection and anger that enchant him. By this time Olga, an independent woman with wanderlust, has succumbed to her destiny and is now back in Bulgaria.

One day in Mussoorie, Gaura discovers she has a mother she never knew existed, and so father and daughter take a flight to Sofia and trek around in this nation, described here as completely hostage to the Russian crime mafia, looking for her. Apparently, even the Police in this country are hand in glove with child traffickers who kidnap and then transport kids across the border within 48 hours. Which is how long Shivaay has to get his daughter back, after she is lifted off a street cafe in Sofia.

Had this movie been paced intelligently and had it not gone on interminably and pointlessly with its car chases and stunts for half an hour longer than it should have, it could have been in the ‘watchable’ category. Erika Kaar, a Polish actress who gets her accent in Hindi perfect, is convincing as a woman who has an affair with an Indian tour guide and then moves on. So is little Abigail Eames, playing a vocally challenged child of mixed parentage.

It is clear that directing a movie is something Devgn has no aptitude for. He has no visual or narrative perspective on a script, and allows this movie to jump off the rails of credibility, right into the abyss of mediocrity.