This action movie has a raison d'être that is quite different 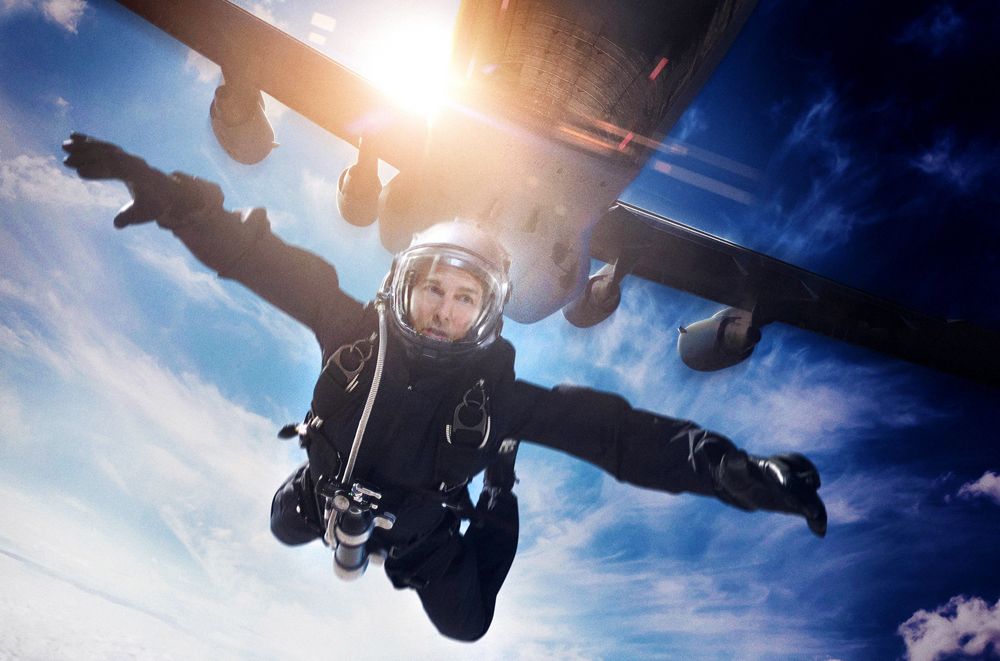 It is nothing personal. The opening scene of the latest ‘Mission: Impossible’ movie is about Ethan Hunt’s marriage. It turns out to be a dream. Ethan and his wife Julia are being married at a scenic location. The earth starts to tremble. Ethan senses trouble and desperately tries to stop the priest from reciting his lines. The marital vows being read out are nothing to do with wedlock, and the priest is not a priest – he is the villain from Ethan’s previous mission, and he is going to turn up in this one as well.

By placing the dream both in the past and the future, the scene bestows a whole new surreal dimension to the phrase: ‘being married to your job’. The IMF agent has surrendered his marriage because it keeps him away from saving the world from a series of disasters that evolve fresh and whole in every new movie. This sacrifice seems to have benefited Hunt’s looks, fitness and longevity. Tom Cruise plays him at 56 years of age, and since it is an action franchise that depends on stunt work, much more than it does on CGI, and since Cruise does quite a bit of the action himself, you would have to come to the conclusion that this action film has a raison d’être that is quite different.

The action of the movie takes place in Belfast, Paris, London and Kashmir, in that order. The plot is the usual apocalyptic one of a group of terrorists who call themselves ‘The Apostles’ and who are in possession of three plutonium cores that are easily transportable from one location to another. Hunt and his IMF team – Luther (Ving Rhames) and Benjamin (Simon Pegg) – are in constant motion and the non- stop action they are involved in could, in theory, tire you out well before the end of the film’s two and a half hour duration.

That it doesn’t is because each sequence is action choreographed to provide many variations in every scene. One of the finest displays of this design is a fight in a men’s washroom at a Rave Party at the Grand Palais in Paris. Hunt and a CIA assassin (Henry Cavill) are supposed to subdue an antagonist (Liang Yang) by injecting him, but it doesn’t work out that way, and the resistance and counter resistance to the subjugation is like an entire gladiatorial sequence in ‘Spartacus’.

This and other sequences when Hunt is in action above St Paul’s Cathedral and the Tate Modern in London, tells you how effective the older way of filming action is; in which the opponent is as graceful and effective as the protagonist; and in which all combatants are elevated by their skills and, equally, denigrated by the collateral violence of the eventual result – usually grievous injury or death.

‘Mission: Impossible – Fallout’ is one of the few action based movies in which you get value for both the individual sequences and for the organic whole of the movie.