The movie is great spectacle, but not hooked up to good story telling 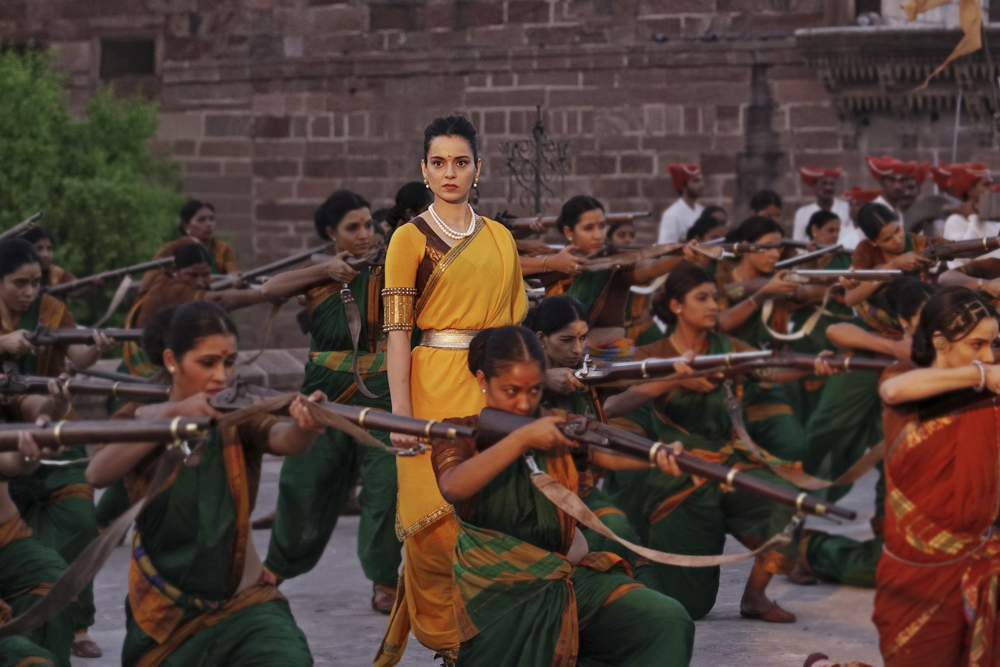 Indian narrative traditions have a marked preference for mythology over history. It comes as no surprise that almost all recent biopics of documented historical figures have been mythologised. Rani Lakshmibai was a central figure in what the English then referred to as the Indian ‘Mutiny’ – described later by historians in the sub-continent as ‘the first war of Indian Independence’, or simply ‘1857′.

When the Raja of Jhansi died without a biological heir, the kingdom was annexed by the British under ‘the doctrine of lapse’, an arbitrary colonial policy that was designed to occupy the land and resources of legitimate rulers by using an invented pretext. The widow of the Raja, the Queen of Jhansi, infuriated by this patently illegal annexation of her province, joined the war against British forces, was a central and pivotal figure in several battles, displayed exemplary military leadership in every one of them, and held out with her forces till the middle of 1858, when she was finally killed in action at the Battle of Gwalior.

‘Manikarnika’ ought to have been a perfect opportunity to provide us with an accurately documented historical figure, and an iconic woman freedom fighter, but, unfortunately, the instinct of the movie is to simplify the story by bypassing the layered narrative of her arrival at a crucial juncture in the war, and, instead, to connect her heroics to the present unending political recital of patriotism and nationalism. We know of the Rani’s sharp intellectual acumen and her excellent horsemanship and swordsmanship, but the script of the film begins by making us believe that as a young woman she could also take down a tiger at 100 metres with a bow and arrow, and that the wounded animal would bow down to her before falling unconscious. But that is not all. It is then revealed that Manikarnika (Kangana Ranaut) had actually used a tranquilizer tipped arrow to sedate the tiger. This feat would make her a modern wildlife conservationist, possessing sedative darts, back in the mid- nineteenth century.

The purpose of showing Rani Lakshmibai dominating a tiger in the opening of the movie functions as mythology. The Goddess ‘Durga’ riding a tiger, comes to mind instantly. Again, much later in the film, in the middle of battle, with her face covered in the enemy’s blood, actress Kangana Ranaut poses against a background of religious imagery, with appropriate temple music played on the soundtrack.

Stylistically too, the film occasionally jumps out of a realistic depiction of Ranaut’s athleticism, into a form of action made popular by the Ang Lee movie, ‘Crouching Tiger, Hidden Dragon’. Early in the film, she is involved in a mock sword play with her trainer and several other men, when she backs her way outside and starts ‘flying’ from horseback to horseback, and then onto the back of an elephant, reinforcing the mythicism of a historical figure.

There is an important distinction between mythology and folklore, but even here the film lacks credibility. There is a scene which describes the story of the Rani’s astonishing escape from Jhansi Fort, on a horse, and with her adopted son tied to her back. Since there are statues across India depicting her in this heroic action, frozen in time, it is essential that this image has to be reproduced successfully in the film. Unfortunately, the special effects used in ‘Manikarnika’ to show how her horse, ‘Badal’, jumped over a twenty foot high fortress wall with the Queen and the child, fails to convince. It is just too tacky.

‘Manikarnika’ is perfunctory in describing the numerous rebellions and battles across Northern India that made up a war in 1857-’58. With the actress, who is also co-director of the movie, placed centre stage right through the film, an audience could easily get the erroneous impression that she was the supreme leader of the war. That would be a disservice to the historicity of the Rani of Jhansi narrative, and may even convert it into fable.

The mounting of the film, particularly the battle sequences, is impressive, even though it suffers from some overuse and a little exaggeration. All the actors in the huge cast are competent, but none of the characters they play are textured in the slightest degree, including, of course, Rani Lakshmibai. In short, the movie is great spectacle, but not hooked up to good story telling.