A remake of the French show Call My Agent! 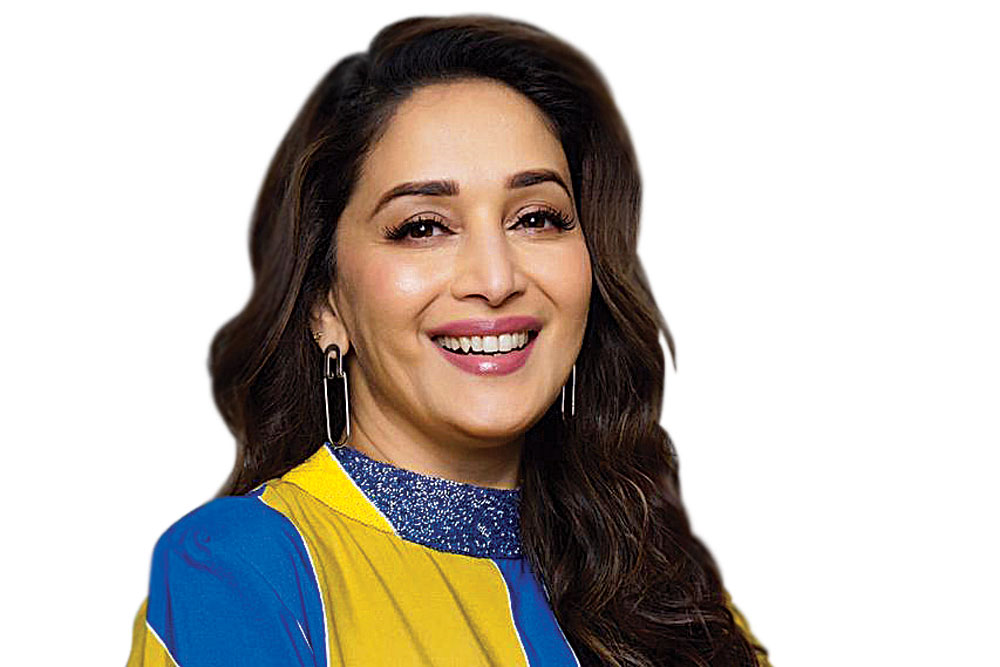 
At least two ‘inside-Bollywood’ streaming shows are currently in the works.

Contrary to initial reports that the Madhuri Dixit project produced by Dharma is a remake of the French show Call My Agent!, sources say it is in fact an original script in which Dixit plays an ageing diva who suddenly goes missing one day. Her Beta co-star Sanjay Kapoor is reportedly playing her husband, and Manav Kaul her lover. The show is meant to be a drama, not a situational comedy like the French series it was believed to be based on.

However, it turns out that a Hindi remake of Call My Agent! is also in production. The French show about a talent management agency in Paris and the hoops its agents must jump through to keep their starry clients permanently happy and employed has amassed a considerable fan following after all three seasons began streaming on Netflix. Now there is talk that Inside Edge and Lipstick under My Burkha actress Aahana Kumra has been recruited to star in a desi remake of that show.

Both Indian shows are expected to feature popular film and television actors in cameos, playing themselves, borrowing a leaf out of Entourage, arguably the most popular ‘inside-showbiz’ television series.

There is talk that Rajkumar Hirani has zeroed in on Taapsee Pannu to star opposite Shah Rukh Khan in his next film, which is reportedly a comedy about immigration. No official announcement has been made yet, but industry insiders say Taapsee has been asked to match SRK’s dates for the first schedule of the film that is expected to begin shooting in the second quarter of the year. Taapsee, who has frequently described her co-star as “the most charming man I’ve ever met”, has shot three films back to back, but will focus on Hirani’s project as soon as she wraps her Run Lola Run remake Loop Lapeta.

In other big casting news, despite widespread reports that Kriti Sanon has been signed to star as Sita opposite Prabhas in the role of Lord Ram in Tanhaji director Om Raut’s Ramayana story Adipurush, industry insiders say it is not a ‘done deal’. Raut reportedly has his heart set on National Award-winning Mahanati star Keerthy Suresh with whom negotiations are still on. The film’s producer T-Series honcho Bhushan Kumar thinks Kriti will give the film the ‘pan-India’ appeal he is hoping for, but Raut is convinced Keerthy’s commanding screen presence is a better fit for the part.

It’s refreshing to see the younger generation of movie stars leading their lives without fear of judgement or unsolicited public opinion. There was a time when actors did their best to hide their romances from the public glare, but the Instagram generation recognises the value of piquing people’s curiosity and interest through some mystery.
Sidharth Malhotra and Kiara Advani didn’t show up in each other’s photographs and videos from their New Year getaway to the Maldives, yet they made no effort to hide telltale signs that they were vacationing together. Their respective swimming, cycling, breakfast and lounging photos looked practically identical—except that each only figured in their own posts.

The same is true of Ishaan Khatter and Ananya Pandey who mostly posted their own photos and videos, also vacationing in the Maldives, without caring that it was clear to anyone who chose to notice that they were taken in the same locations. In one of his Instagram stories, Ishaan did post a distant photograph of his Khaali Peeli co-star and girlfriend, and in one post he credited her for ‘additional photography’. When they arrived at Mumbai airport on their return, the pair sportingly smiled for the paparazzi.

Also ‘papped’ at the airport on their return from their New Year’s getaway in Goa were Kartik Aaryan and Janhvi Kapoor who didn’t exactly pose for the shutterbugs but didn’t break into a sweat on being photographed together either.

Talk to old timers and they’ll tell you how stars who were dating on the down-low, frequently travelled separately, timing their flights apart so as not to be ‘caught’ by the press. Or how they’d use back exits at airports, restaurants, and five-star hotels to escape pesky photographers who’d staked out at the front gate after being tipped off by a hotel employee or a fellow diner at the restaurant.


When Alaya Furniturewala (at the time she was Alia; subsequently advised to change her name to avoid confusion with Alia Bhatt) reached out to Anurag Kashyap some two years ago, she was only hoping he might offer her some advice after looking at her showreel. The young girl (and daughter of actress Pooja Bedi) had compiled a seven-minute sizzle reel of her auditioning to popular scenes from famous movies so filmmakers might judge her potential on the basis of that.

But Anurag, she remembers, was dismissive: “He said he doesn’t make the kind of movies that I was interested in.” She said she didn’t want a job, just his feedback. She says he watched the video intently, and immediately after, said he had just the role for her. It’s how she landed her second film, as-yet-untitled but completed. It was the first film she signed, although she only shot for it after Jawaani Jaaneman came out in January last year.

“Working with Anurag Sir has been such a great experience. He really expects you to think. He gives you the scene but you don’t just go through the motions. You’re encouraged to think like the character and perform accordingly,” she gushes. “It was also very different from making a film like Jawaani Jaaneman because Anurag would put us into a car, drive out a distance, then stop and say, ‘Okay, this looks like a good location for that scene.’ And you just had to be on your toes.”

It feels like only yesterday that I was commissioned to write this column, the idea being to share the crazy stories from the Bollywood trenches, the idiosyncrasies of movie stars, the behind-the-scenes deal-making, the casting ins and outs and just about everything that was ‘normal’ in showbiz but was pretty much unheard of in the real world. As it turns out, it’s been a little over 10 years I’ve been writing this column and now it’s time to say goodbye and thank you.

It was a joy (and sometimes horror) discovering how this business works, how the wheels turn, and in learning that there is in fact a method to the madness. Over hours and hours of conversations with filmmakers, actors, writers, agents, managers and just about everyone who works on a movie set, one came closer to bringing you the stories from behind the scenes of the dream factory.
Only in this business will the creative team at a studio forget to wipe down a white board that lists a director under the ‘cons’ side of a ‘pros and cons’ list for a film they were in negotiations to bankroll before a meeting with the very director and his team—who were naturally horrified to discover what the studio thought of him.

The objective was always and only to bring you, the reader, just a little bit closer to all the drama and the passion that goes into the making of movies. What I learnt in these years reporting this column—that this is a business driven by men and women who work incredibly hard to put their own (or others’) dreams on the screen. Many of them are handsomely paid, others not so much, and yet what binds them is their love for the pictures, telling what they hope will be a compelling story, and the satisfaction of standing at the back of a cinema hall and watching the room erupt in laughter, or break into tears at all the right moments. It takes a special kind of madness to do that job over and over again; this column was an effort to capture that madness.

Thank you for taking this ride with me.