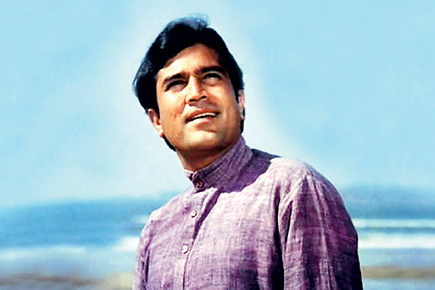 
It’s been over a month since Rajesh Khanna passed away. The gazillion tributes to the actor that followed his death told you a gazillion times that he was the ‘first superstar’, had peculiar mannerisms that he somehow carried off and women wrote him letters in blood.

Khanna may have departed, but some of his works are special enough to live on at least another generation. In particular, it is the beautiful songs from his films that will endure. They say you can’t separate the man from his music and that certainly rings true for Khanna.

When speaking of Khanna’s songs, the mention of any other playback singer apart from Kishore Kumar is rare. And with good reason too—after all, it was this gold mine of a duo that create many memorable melodies. But there were a handful of cases where even singers other than Kishore sang for Khanna and the result was just as magical.

Rajesh Khanna was a man of many moods—the effervescent, multi-talented Raghu in Bawarchi, the dashing life-loving Raj in Andaz, the dejected but benevolent Anand Babu in Amar Prem, or the ever-smiling optimist Anand in the film Anand. The genius of some of the (other) singers was that they complemented these moods.

Ah, the mellifluous magic that is Mohammad Rafi’s voice. This voice, in harmony with Rajesh Khanna’s come-hither looks, wooed the lovely Leena Chandavarkar in the film. Rafi’s voice was, at least for a period, perfectly attuned to the Rajesh Khanna that romanced his lady loves on screen. Shining examples of this were Ye reshmi zulfein (Do Raaste, 1969) or Gunguna rahe hain bhanwar and Baagon mein bahaar hai (Aradhana, 1969) with Mumtaz and Sharmila Tagore, respectively—two actresses he shared sizzling chemistry with on screen.

It was on Rajesh Khanna’s insistence that Kishore Kumar was nominated for his future films, but Rafi had been Khanna’s voice for a long time, including his debut film Aakhri Khat (1966) and then Raaz (1967). Many believe that Khanna’s preference for Kishore caused Rafi’s decline during the Rajesh Khanna era. But the romantic lilt in Rafi’s songs was unmistakable and proved lucky for Kaka time and again. Had it not been for Kishore Kumar, he may have remained Kaka’s voice for a very long time.

The worldly-wise but ever-youthful character of Kaka was given the voice of the inimitable Manna Dey for this song as well as the plaintive Tum bin jeevan. Bawarchi was one of Hrishikesh Mukherjee’s best (and typical) movies, though not as popular as Anand or Namak Haraam. The film plays a lot on Raghu’s (Khanna’s character) knowledge of music, especially classical. And who could have been a better choice than Manna Dey for Raghu’s character? In the film, Raghu even praises Manna Dey, insisting that no one could have sung this song (Bhor ayi gaya) better than him. The interesting thing is this: in Bhor ayi, while Manna Dey gave his voice to Rajesh Khanna, Kishore Kumar sang for Asrani.

Manna Dey’s most famous rendition for the actor has been the soulful Zindagi kaise ye paheli (Anand, 1971). It was meant to be a background score but Khanna liked it so much that he insisted that Mukherjee create a situation for it. But no matter how popular, this song barely reveals the singer’s mettle. The song that captured the best of Manna Dey was Gori tori painjaniya in Mere Mehboob, where Khanna plays a classical singer. For those who have always identified Kishore Kumar as his voice, the Manna-Rajesh Khanna combination might have sounded odd. But they teamed up easily and beautifully. In fact, Manna Dey once said that Rajesh Khanna picturised Gori tori painjaniya very well. Sadly, Manna Dey was an underestimated artist but his contribution to Kaka’s characters was high.

Few other characters of Rajesh Khanna have been as loved as Anand, as he was a sunny spirit despite his imminent death. Maine Tere Liye does an excellent job of portraying Anand’s personality. The song, as diehards know, was sung not by Kishore but Mukesh. Mukesh was a surprising choice for Rajesh Khanna, as he was considered better suited to Dilip Kumar, Manoj Kumar or Raj Kapoor. And Kishore Kumar had already settled in as Rajesh Khanna’s playback singer. But legend has it that when Hrishikesh Mukherjee visited Kishore Kumar’s home to offer him the Anand assignment, his gatekeeper ordered him away as a result of misleading instructions from the singer.

But who’s complaining? Mukesh also sang the perennial favourite Kahin door jab din dhal jaye from the film. Being a melancholic song, no one but Mukesh could have sung it. His rendition of Zuban pe dard bhari dastaan (Maryada, 1971) is a testament to his ability to tug at your heart strings. Interestingly, Mukesh was also chosen to sing Jis gali mein (Kati Patang, 1970) even though Kishore Kumar sang the remaining songs of the film. Even Maine tere liye, which is generally tagged a ‘happy’ song, has fleeting poignant moments.

What do you get when you throw together printed trousers, a funky red velvet jacket, dark glasses, Rajesh Khanna, RD Burman and Mumtaz? A crack-a-lackin’ chart buster that knocks your socks off.  Of course, this song is better known for Asha Bhonsle’s voice but one has to admit it would be incomplete without Pancham belting out boisterous notes.

And then there was Kishoreda

While we are at it, might as well talk about Kishore Kumar too. To choose the best songs he sung for Rajesh Khanna would be like counting stars in the sky—futile and unending. The versatile singer brought to screen every mood and played on every emotion that Kaka depicted in his films.

While he was capable of infusing his own exuberant personality in Zindagi ek safar (Andaz, 1971) he could also evoke Anand Babu’s tired indifference towards society in Kuch toh log kahenge (Amar Prem, 1971). He made the audience feel Kamal’s regret and despair in Zindagi ke safar (Aap Ki Kasam, 1974) and Arun’s searing passion for Sharmila Tagore’s character in Rup tera mastana (Aradhana, 1969). As Khanna himself said, “Kishore Kumar was my soul and I was his body.”

However, while no one can refute that he indeed was Kaka’s truest voice, there were other voices Rajesh Khanna has to thank for carrying him to the zenith of his career. Manna Dey, Rafi, Mukesh and Pancham—they are just as timeless, just as unforgettable. 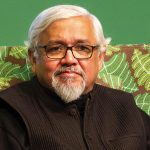 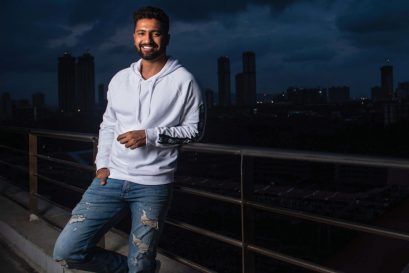