The movie has a one dimensional sense of humour, and is not worth a watch 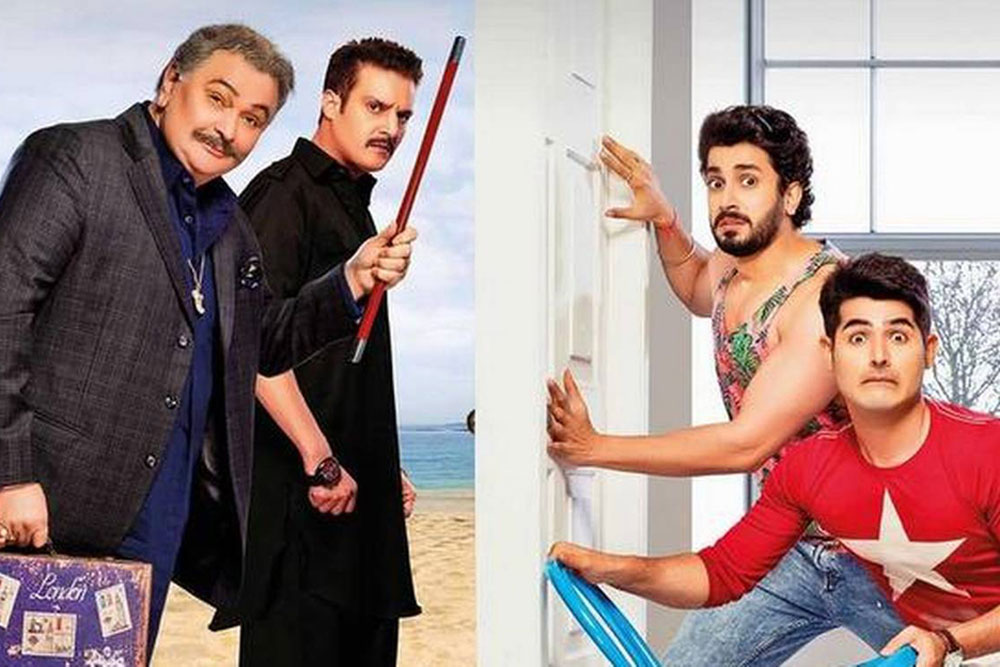 This is an astonishing film. It is a situational comedy that has just one situation, just one setting – a son trying to deceive his father about his marriage. This single point is stretched to infinity and beyond.

What has you further flummoxed is that there is no explainable reason for the lie. The movie opens in rural Punjab, with Varun (Omkar Kapoor) unable to get along with his Dad, Yograj (Rishi Kapoor). He feels trapped in a dull farm life, and takes off for sunny Mauritius. For reasons not adequately explained, Dad follows the son to the land of pristine beaches.

Meanwhile, in Mauritius, Varun has met a girl and suddenly got married. Again, for an unfathomable reason, he has told his wife, Riya (Nimisha Mehta), and her family, that he has no blood relations of his own, and exists as a single entity with zero social connections. For additionally mystifying reasons, they all believe him immediately.

So when Dad and his cantankerous brother-in-law (Rajesh Sharma) turn up and rent the house next door, Varun decides to tell them a whopper. He says his friend, Karan (Sunny Singh), is the one married to Riya. The entire comedy is based on this deception, everyone in the movie is fooled by it, and all combinations and permutations that follow emerge from this single hoax.

Naturally, sex, and the supposedly promiscuous life that young people lead, together with their redefinition of marriage as an institution, is the primary subject of all conversations. The humour is based on the presumption of generational differences. Because Yograj sees Varun in Riya’s bedroom, and because Karan doesn’t seem to mind these nocturnal visits to his ‘wife’, the oldies in the movie are convinced that Varun, Karan and Riya are in an open relationship, swapping and having lascivious threesomes.

The saving grace in the film is Karan’s older brother, Tommy (Jimmy Sheirgill), a convict who is out on parole and arrives to survey the situation. He is a charming fellow, and the only time people get on the wrong side of him is when they ask him how he has a name like Tommy. Apparently, in India, only dogs are called by this name. Tommy, the human, sees it as a slur on his good name, and instantly, a torrent of abuse reverberates across the universe.

‘Jhootha Kahin Ka’ is a silly comedy with an implausible plot. It has a one dimensional sense of humour, and is not worth a watch.