Time stands still for a Gentleman 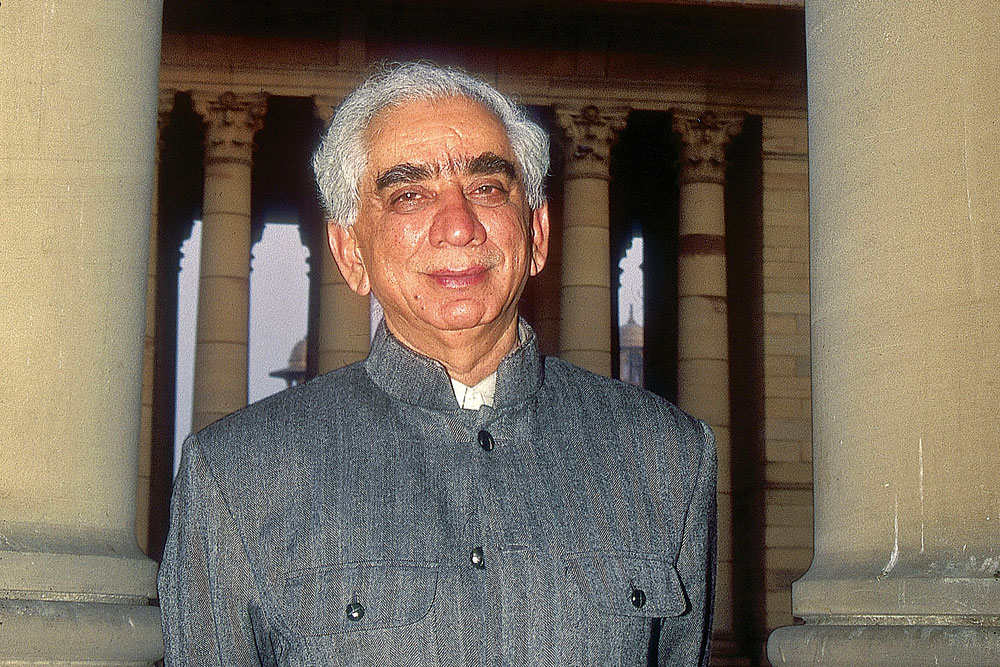 
WHAT OPTIONS DOES memory have except to be selective? Too much debris floats on time. Who wastes memory cells on the irrelevant of the transient? Equally, memory can be magnetic, chiselling the dross out of a cherished experience and etching it on a second layer of consciousness.

The one thing I can recall, without a shade of doubt, about my last conversation with the gentle and sagacious Major Jaswant Singh Jasol, coincidentally on the day before he slipped into a coma, was that it was not about politics. It was about books. He seemed to be among books even when he was not in his tomepacked office, for knowledge always hovered in the air, leavened by happy wit and nuanced analysis.We enjoyed discussing a future book far more than dissecting a past one. Every book one writes waits for years in the mind, the embryo forming and reforming, sometimes still, sometimes kicking. Conversation was a dais for debate, exploration, a revaluation of horizons. His true pleasures were reading, writing, music and intelligent conversation. Jaswant Singh dressed every difference in that quiet and characteristic smile of his, a signature of an intellectual who might, on a rare occasion, be provoked into anger but would never descend into the pitfall of rancour.

He only ever got angry for one reason: when he felt honour had been besmirched. His strong sense of honour was embedded in the moral and civilisational philosophy of India. It was never a borrowed construct. It was an inheritance from family; from the culture of his beloved land, Jasol, and the dunes of the Rajasthan desert; from the ethos of a proud people; from the blood of ancestors; from personal convictions that were the gravitational centre of his physical and spiritual being. Success or failure or the long fallow spaces in between were the shifting sands of life. Honour was immutable. It belonged to the ages.

Jaswant Singh’s English diction, enveloped in the deep bass of his voice, was born on the upper pastures of princely India; to this he added, in his social mores, the twinkle of an Army officers’ mess. People often felt, though few would actually tell him, that he was too ‘British’. Wrong. He was British Indian Army rather than British. I often felt that the sartorial flaps he sported over both shoulders of his quasi-military bush-shirts were symbolic of the epaulettes he would have achieved had he stayed on in the Army.

He was designed by nature to be a general in command of ideas and strategies in a vast theatre of operations, born or reborn during any moment of history. I can imagine him at the drawing board of an evening tent in Mahabharata, deep in conversation with Lord Krishna; or leading the forces of Emperor Ashoka to Takshila and the Indus; or a Charles James Napier sending a one-word message back to headquarters after the victorious march through the deserts: Peccavi, the Latin for ‘I have sinned’, a pun upon ‘I have Sindh’. Such a glorious literary jest epitomises Jaswant Singh.

He led from the front. There was no other place for a leader. This was why, as Foreign Minister in Atal Bihari Vajpayee’s Government, he took the extraordinary decision, on December 31st, 1999, to travel to Kandahar with the three terrorists being exchanged for 155 Indian hostages on the hijacked Indian Airlines flight. That decision became controversial but he never regretted it. His conscience would not permit him any other course. He could not send any other person into such peril without risking his own life. His manners and his style sometimes struck a slightly discordant note in the earthy discord of democratic politics, but if he was at ease with his conscience, he was at ease with the world.

His most notable passage of diplomatic arms was with Strobe Talbott, Bill Clinton’s friend and representative in the talks with India after Prime Minister Vajpayee’s courageous decision to declare India a nuclear power. Not only did Jaswant Singh persuade the Americans that it was in their mutual interest to recognise that India would not be confined by the shibboleths of previous administrations, but by the end of it all he and Talbott became very good friends. The world changed, and Jaswant Singh was among those who brought about the change.