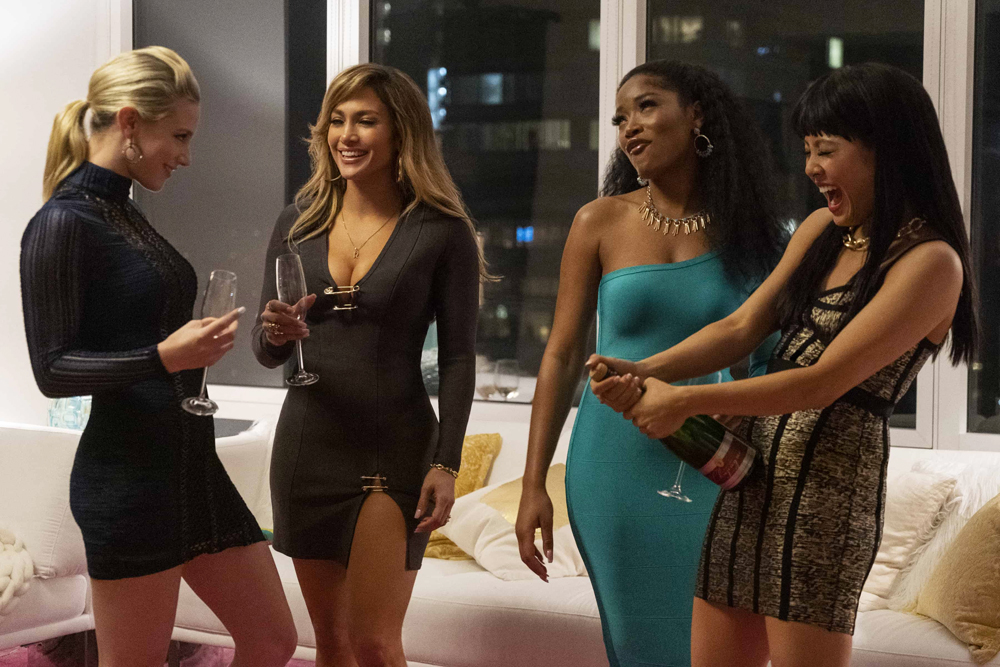 Hyperbole is not everyone’s cup of tea, but Ramona (Jennifer Lopez) does declare in ‘Hustlers’ that everyone is a stripper, and that the whole country is a strip club – you throw the money at people, and they dance for you. It is a generalisation on American capitalism, no doubt, but it’s a bit like saying that everyone in England is a ripper, just because of Jack the Ripper.

The movie is based on a ‘New York’ magazine article on Ramona and her gang of strippers who practised their art and craft during the recession which hit in 2008. This period left Clubs in New York with just a top creamy layer of clients with money. Seizing the opportunity, these club girls started a scam. They mixed ketamine and MDMA into the drinks of the rich guys, while they showed them a good time. This cocktail had the effect of making the men happy, and then promptly knocking them out cold.

The ones left drugged and befuddled were the CEOs, hedge fund managers and bankers who sailed through the economic downturn without any significant loss of salary or stock options. The wallets of these gentlemen were thoroughly cleaned out, and their credit cards maxed. When they woke up, they were too embarrassed to report the thefts, and had little memory of it anyway.

The girls – Ramona, Destiny (Constance Wu), Mercedes (Keke Palmer) and Annabelle (Lili Reinhart) – have a thought out game plan. They introduce themselves as sisters. Clients are amused at the impossibility of the alleged sibling relationships, but understand the equation – being entertained by four girls for the price of one, is a good deal.

Strange as it seems, almost two hours of exotic dancing, pole dancing, and lap grinding ends up without an iota of eroticism to show for the effort. The girls are so into themselves, they rob the movie of all sexual allure. It’s full of girl talk about what they can now afford – the expensive lingerie, the high heeled shoes, the designer handbags and the accessories. At one point, Destiny squeals in delight that the luxury car she is driven in is so sexy, she can fuck it.

The entire purpose of the exercise seems to be to present men as dispensable. While this can be an amusing drill, it does get tiresome by the end. There is no fleshed out male character in the film. Neither are there any lesbian relationships depicted. In other words, the hustlers are just a bunch of people in a bizarre circus called a Strip Club, who latch on to some new party tricks and rob the guests.

A magazine article will never have enough material for a feature film script. For this development, you need a good writer, and there doesn’t seem to be one in ‘Hustlers’.