The movie is a deeply disturbing experience, but this can’t be synonymous with good cinema, or even authentic event validation 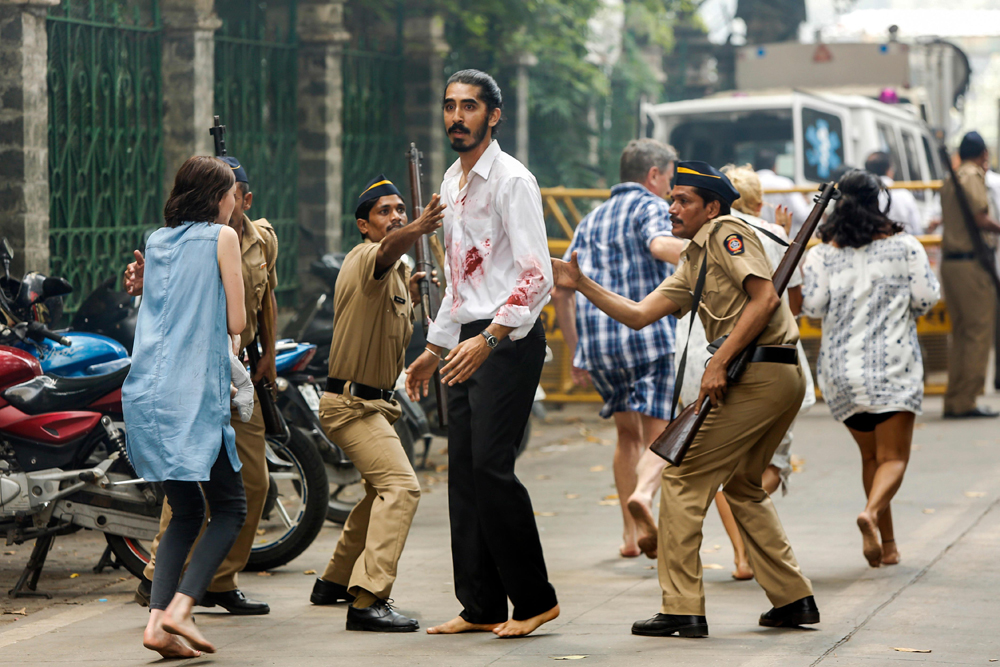 Possibly in order to coincide with the anniversary of the terrorist attack that paralysed the city of Mumbai, ‘Hotel Mumbai’ comes to India eight months after its release in the US and Australia. It really doesn’t matter. The contiguous and overlapping nature of time in our extensively documented age, enriched with digital images from multiple sources in photographs, TV, CCTV and the Internet, is all stored in our collective memory. The events of 26/11/2008 can be reinforced in an instant. This time it is done by slick fictional restoration, made possible with well known actors and carefully constructed interiors.

The ‘Taj Mahal Hotel’ was not the only target of the attack, but the story in this movie revolves around a select group of guests, hotel staff, and gunmen, within its beautiful interior. It is basically a horror film, with a religious core. ‘The Guest is God’ says Chef Hemant Oberoi (Anupam Kher), a hotel motto that he repeats often to his staff, before and after the attack. Godliness, of course, includes not asking personal questions, and respecting the privacy of rich people staying at the hotel. There is no morality involved in this God.

Vasili (Jason Issacs), a wealthy Russian with a military background, is trapped in one of the exclusive restaurants. He is there, because he has arranged a sex party in one of the rooms and is checking out the girls sent for him on his phone. He is calm, but doesn’t think it is worth staying in the restaurant, because he reckons the shooters will get there eventually. He wants to make a run for it, and a few guests join him in the attempt. The Sikh waiter, Arjun (Dev Patel), tries to dissuade him, but then eventually unlocks the exit for him, saying that his prayers are with him. Vasili swears through his teeth: ‘Fuck your prayers’.

His turban, as Arjun later explains to one of the hysterical Western guests who have racially profiled him, is everything. He cannot take it off. Later in the film, he does untie it – to stem the bleeding of a woman who is dying. These are conscious references to ethnicity and to religion, that make you question the authenticity of the documentation in this film.

When a woman survives because she recites a religious prayer that stops a shooter in his tracks, the film seems to be making a statement. The poor Russian who said ‘Fuck your prayers’ earlier on, to be sure, will have a bad Taj day. So on the one hand the movie shows death as a random event. On the other, selected and well known actors, must need have things to say and do that mark them out.

This is the conundrum of making fiction out of traumatic non fiction. The brainwashed young killers, just out of boyhood, are indifferent to everything except the messages from their handlers. The film works as cinema by identifying predator and prey, the same way as in any wildly fictional action or horror film. By alternately switching perspectives, with parallel cutting, an audience is caught in the middle of an adventitious killing spree, and is trapped helplessly inside the hotel/movie theatre. Fear of sudden death unites us all, and makes us ghoulish partners.

‘Hotel Mumbai’ is a deeply disturbing experience, but this can’t be synonymous with good cinema, or even authentic event validation. It is a selective point of view that connects dots across the planet to show what a dangerous world it has now become for the rich and privileged. In mounting and ambience, the film is similar to ‘Titanic’.

Clearly, in this modern, globalised world, you can sink to the bottom with a random iceberg collision, even if you are booked into the most classy hotel in the world.