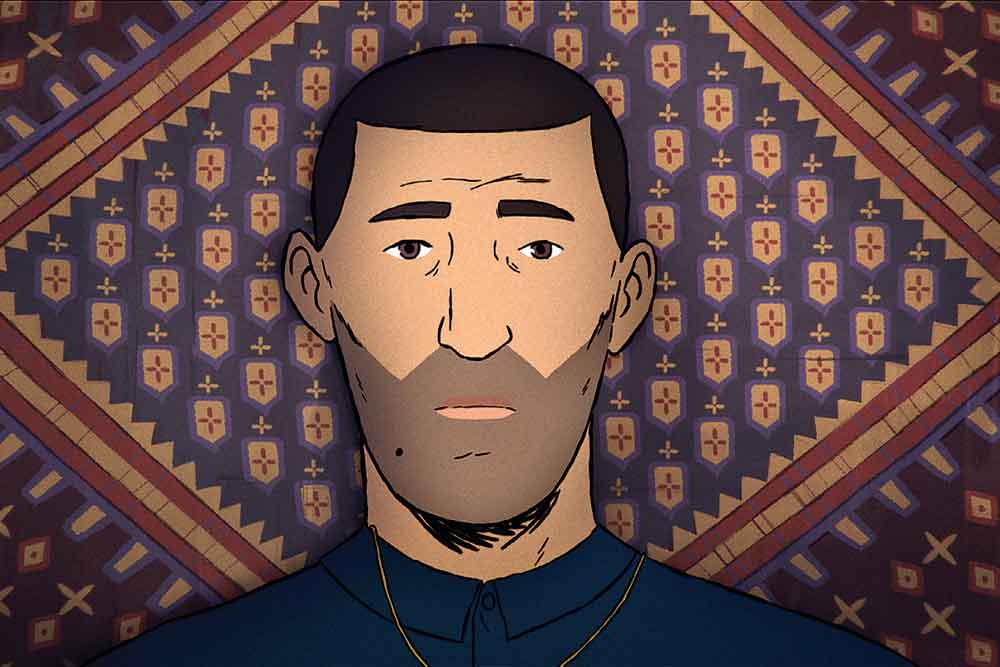 I MAGINE A LITTLE boy from Afghanistan who loves to play volleyball with his brothers and watch the sun set with his sisters, suddenly being torn away from his home. The Soviet-Afghan war during the 1980s forced many Afghani families to flee to Russia. Overnight they became refugees in an alien country. Danish director Jonas Poher Rasmussen’s Oscar nominated documentary Flee is about one such boy, Amin. The film that is now available on Zee5 was widely celebrated at festivals, and became the first and only documentary to be nominated in three different categories—the Best Documentary Feature, Best International Film and Best Animated Feature—at the 94th Academy Awards. “A lot of people, especially those who have been displaced from their homes and those who feel like minorities within the society, feel like the film has given them a voice,” says a very pleased Rasmussen on a video chat from Denmark.

Rasmussen’s fourth full-length documentary Flee is unique, eye-opening and moving for many reasons.

The story begins in present day Denmark, where Amin is building a permanent space with his partner Kasper. Today he’s comfortable with his homosexuality and feels safe in a country he now calls home. But the trauma of fleeing his homeland when he was a young boy lies buried deep within. Through simple animation and voice work, director Rasmussen recreates the tumultuous arc of Amin’s life from 1980 to 2010. It shows us phases of the extraordinary journey that rendered Amin without an identity, a home and a family for years. Flee incorporates the very interview that Rasmussen did with Amin, where Amin layer by layer reveals how he feels about his past life.


“I met Amin when we both were 15, and in school. Amin had reached Denmark to start a new life and I was just curious about a new boy in my village. We would listen to music together, watch movies, go to the gym, take the bus to school, and it felt like a normal friendship. But there was this mystical thing about his past, and he never wanted to talk about it, but we both knew it was there. I didn’t realise how much this story affected him every day and every decision he made in life, till we started making this film almost a decade ago. So, it’s been a crazy ride to be best friends and then after two decades understanding the burden he’s living with,” says the filmmaker.

From Amin’s childhood in war-ridden Afghanistan, to the time his family fled to Russia and lived locked up in a cold apartment for years, to the abuse they faced by human traffickers—Flee reconstructs a life of extreme hardship. The film doesn’t ask questions, but simply puts forth the mental and physical burden carried by a boy uprooted from his home. Through 2D animation, the film tells Amin’s story with empathy as he represents millions of refugees who continue to live a life of fear and obscurity. “I was his friend first, and a filmmaker only after that. I wanted to make sure that Amin felt safe and comfortable talking about his past on camera. He was reliving moments like his father’s murder by the Mujahideen and that wasn’t going to be easy. So, I would always make sure he took his time and spoke only when he felt ready,” says Rasmussen. 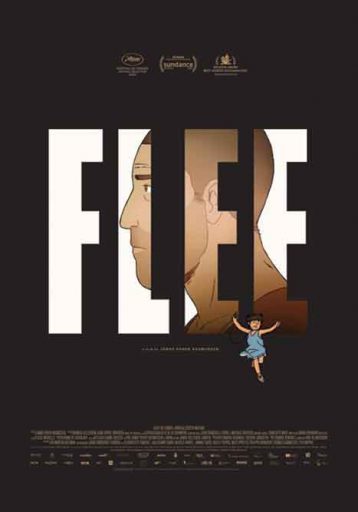 In hindsight, there are a few sequences that punched Rasmussen in the gut. “One where Amin talks about a sinking fishing boat he was stuck in with human traffickers, and a cruise ship that comes by with tourists taking photos of the refugees. I felt like one of those people taking photos, because I was documenting him talking about his traumas. I was suddenly looking at my privileged life in a different light. There is also a sequence where he’s playing volleyball with his brother in Afghanistan, and then it all changes. And it made me realise how similar our lives had been until a certain point. We were the same age, we have brothers and sisters, he loves to play volleyball and I love to play football, and after a certain point, life takes this drastic turn and becomes so different for him, while I could just keep on with my life. I could just keep on playing football, while he had to hide himself in a flat in Moscow, and walk through a forest with human traffickers carrying guns not knowing if his family will be alive the next minute,” he says.

The characters, the voices and the music in the film are truly the soul of Amin’s story. The animation makes you part of that world. You are walking with Amin and feeling his pain. “With animation it somehow felt more real than getting actors to put on a costume and enact the story. It felt like we could showcase his inner life, the emotions of being afraid, angry in a way that felt more honest. Because it’s a story of memory and trauma, whenever he started to talk about difficult things, his speech would slow down, he would become more incoherent. It wasn’t about how it looked. This was about a trauma that he was letting go of. Animation was a wonderful tool to translate his testimony into social language,” the filmmaker says.

The voice actors include Riz Ahmed (also the producer of Flee) who is Amin’s voice and Afghani men and women from Denmark. “When we had Afghanis voice for the film, they said, ‘This was our story.’ They took ownership of the film, and they said, ‘People need to see this. People need to understand the human side of conflict.’ Similarly, there was a gay couple from Mexico who came to me after watching the film and they said how they felt this was their story and how it was so difficult to be gay in Mexico. It’s the story of not being able to be who you are, and looking for that place where you can fearlessly be yourself. That’s what people have connected with,” he adds.

I was his friend first, and a filmmaker only after that. I wanted to make sure that Amin felt safe and comfortable talking about his past on camera, says Jonas Poher Rasmussen, filmmaker

The film picked up the Grand Jury Prize at Sundance and has been lauded for its bold yet sensitive treatment. With the heightened refugee crisis across the globe, Rasmussen’s film helps to humanise the tragedy. “When Amin watched his life on screen for the first time he couldn’t separate his emotions from my filmmaking. But when people started to react, he realised how his story has brought so many people together, and encouraged them to speak. There have always been and there will always be refugees. But how we approach the situation can change. Just being able to see other people without fear. They are just looking for help, they are just looking for a home, somewhere to be, they are not looking to take anything from you. Change the perspective of looking at them. That’s the battle,” he says.

Today Amin is in the process of building a whole new life for himself. His story is being watched across the world, but he can still not reveal his true identity. Rasmussen, who himself comes from a family of refugees and artists, recognises the need for stories that talk about the human condition. Not from a voyeuristic lens, but from a standpoint that we are all similar, till we are made to feel different and threatened. “I am now working on projects that talk about both collective and personal violence, how it kills our soul, and how we lose connection with who we are when we do that. What fighting wars does to the human spirit, and how fighting a war infects the country and society with fear. I think that’s what we need,” Rasmussen says.