Dangal is unable to live up to its extraordinary hype 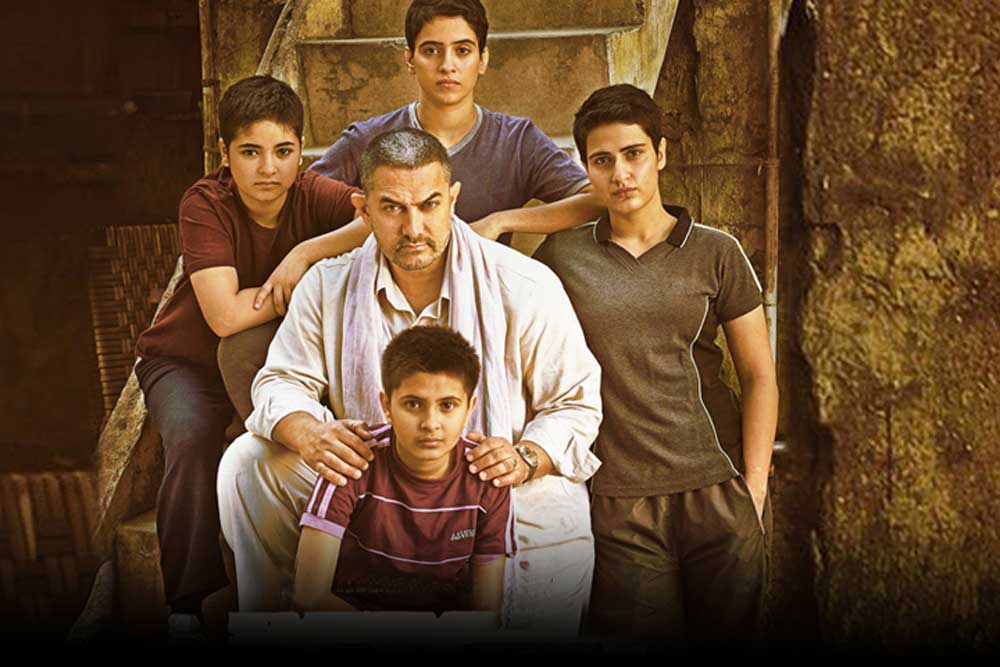 Dangal is a long drawn out movie about two contemporary wrestlers and their curmudgeonly Dad. The sport is not a viewer friendly one, at least not to the general audience, and credit must be given to the makers of this film for explaining the rules and techniques involved in wrestling to us comprehensively, and for training the actors so well that their bouts look athletic and convincing enough to blend in with the world and tradition of this difficult, and often unrewarding, sport.

The film is proficiently made. The question is: was there enough material in the subject to sustain a movie, dramatically, for nearly three hours? Does the narration allow itself to accelerate when the story gets bogged down, as it so often does? Both answers are in the negative. Since it is a biopic of individuals still active in the sport, artistic license is difficult to take, as was the case with ‘Mary Kom’ earlier. There is very little you can fictionalize in the lives of hard working and single minded sports people. Their necessary discipline makes them dull as cinema characters.

So  Dangal turns to a social issue to focus on. It zeroes in to the gender bender debate in a patriarchal society, and tells of how sport can help recalibrate the traditional assumption that a girl must be trained in household chores so that she grows up to be a housewife.

The story begins in a village in Haryana, where a former wrestling champion, Mahavir Singh Phogat (Aamir Khan), is blessed with four daughters. Disappointed at first, he reconciles himself to never having a son. He then decides to turn the older two girls, Geeta (Fatima Sana Shaikh) and Babita (Sanya Malhotra) into international level wrestlers. The first part of the film is about how the old fox teaches his daughters all he knows of his traditional style, and the second is about how a coach at the National Academy tries to fiddle with that technique and make it more modern. This new fangled method ends up eliminating passion and introducing a defensive style to their wrestling. Eventually, Dad has to come in and put things right.

In the context of this Akhara versus new age ways of the sport, it is surprising to see how, with a few variations, this second part of Dangal is uncannily similar in content and presentation to the Salman Khan starrer, Sultan. In fact, if you subtract the gender factor, what you get is a derived movie, specially in the last few bouts, with fearsome foreign wrestlers in the stadium.

So though the casting and acting in this film is uniformly good, and the film is watchable, Dangal is unable to live up to its extraordinary hype.