Chulbul Pandey has lost his mojo 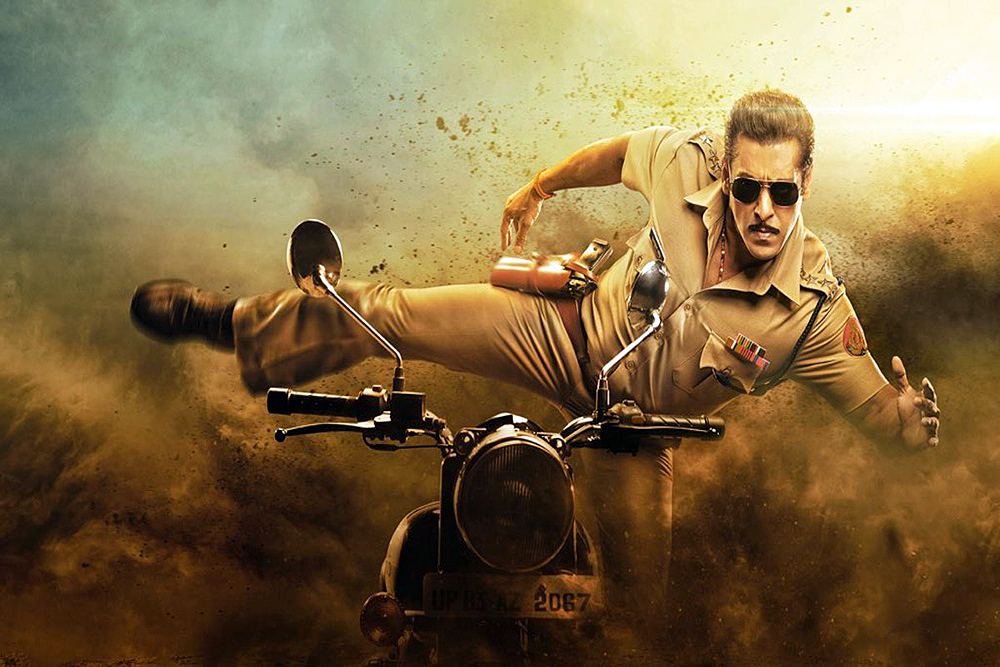 It is not difficult to debunk ‘Dabangg’, but the third edition of this series does it on its own. It self ‘Dabanggs’. The characteristic style of the franchise disintegrates, until the narrative implodes in a messy trail of unbelievable plot turns and disjunctive scenes.

The film starts off well enough with the Chulbul Pandey swag. This is a characteristic sketch of a distinct persona with an overconfident mixture of threat and humour. As the movie begins, Chulbul bursts into a crime scene – a wedding hall in which the guests are being relieved of their jewellery. He plays a cat and mouse game with the robbers, teasing and torturing them in turn, dodging and feinting to effect. He informs them of the number of additional holes he is going to manufacture in their bodies. Conveniently, the crooks are congenitally stupid and fall for his ruses like a collection of robotic goons.

‘Inspector Chulbul Pandey (Salman Khan) reporting for duty, Sir’, is the cinematic meme which is packaged with this, and other scenes. A ‘Dabangg’ is supposed to give you the bang for your buck, and had the film continued in this irreverent vein, it would have been consistent with its brand image. But, suddenly and inexplicably, the script of this third edition goes into heavy duty flashback scenes, reminiscent of the worst of the 1970s action movies.

Without warning, the film plunges us into a backstory about Chulbul’s first love, a tragedy that turned him into the crime fighter he is today. It describes his simpering romance with a young girl called Khushi (Saiee Manjrekar), and a confrontation with Bali Singh (Sudeep), a big time Don who also loves her.

The climactic scene in this flashback sequence is a scene on the top of a mountain in which Bali strings Khushi up on a rope and threatens to let her fall because (a) she does not love him and (b) should he force himself on her, she would still love Chulbul. This is his dilemma, the Catch 22 scene. It goes on forever.

In order to bring some parity to the film, and in order not to let Chulbul’s wife in the present era, Rajjo (Sonakshi Sinha), feel left out of the equation, Bali has her strung up too. But by this time Chulbul has the measure of this villain, and is no hurry. He lets his wife hang out for a while. Then he takes his shirt off and demolishes Bali Singh.

The direction, particularly the use of CGI, is so shoddy, that in the action sequences, you often don’t know who is hitting whom, or, for that matter, who is hitting on whom. The shot division does not follow any space/time orientation and you end up quite confused.

Clearly, in ‘Dabangg 3′ Chulbul Pandey has lost his mojo.