‘Crawl’ is an acquired taste, both for the audience and the alligators 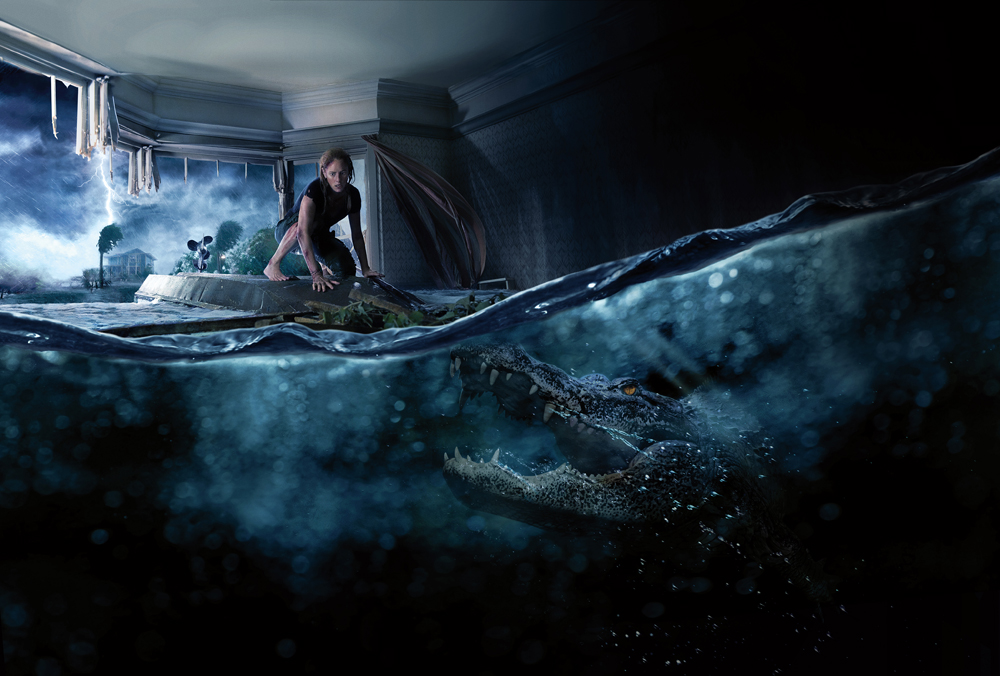 This is a story of predator and prey. There are just two characters of consequence in the film, a father and daughter, and dozens of alligators who get into the crawl space beneath a house, probably through a storm drain.

It is Florida, a Category 5 Hurricane has hit the state, and the daughter has come looking for the father, because he hasn’t answered his phone.

This is a human versus nature movie. It is true that it belongs to an exploitation genre, and the maker, Alexandre Aja, is a master of it. However, contrary to definition, ‘Crawl’ is not a ‘B’ movie. The production values are excellent, both of the ‘gators below and the storm above. The sense of dread in the film goes deep.

The drama involves Haley Keller (Kaya Scodelario), Dave Keller (Barry Pepper) and their dog, Sugar. It is surprising to note the voracious appetite of the animals in the middle of a weather crisis. The portrait of alligators as creatures that tend to stay away from humans, unlike crocodiles, has been given the go-by, and so we are in a Jurassic Park like situation. The animals roar ominously from time to time, and then launch surprise attacks. Rescuers who attempt to come near, are eaten alive.

While it cannot be denied that the film is engaging – should you be able to suffer the claustrophobic ambience – it is also rather nauseating. To see light reflected from the glassy stares of the animals, and to witness their singular capacity to perform the ‘death roll’, dragging a person under water and using their jaws and tail to dismember that individual, is not very edifying.

On the human side, father and daughter repair personal bonds that have frayed over the years, and display great courage and sacrifice in keeping each other free from the lunges of the alligators.

The performances of both lead actors are entirely convincing from the human perspective. As a token farewell gesture towards the beasts that have contributed so much to the movie, the closing music track is ‘See you later, Alligator’, by Bill Haley & His Comets.

In short, ‘Crawl’ is an acquired taste, both for the audience and the alligators.