Can mainstream Hindi cinema defend itself against the charge that it is creatively bankrupt? 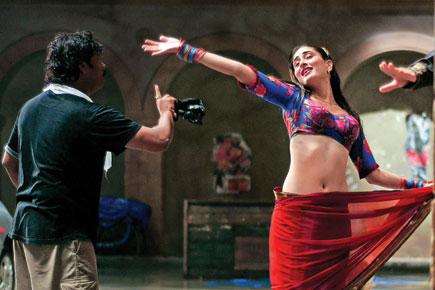 Can mainstream Hindi cinema defend itself against the charge that it is creatively bankrupt?


Someone I know once said he watched Hindi films only for the actresses. He said his wife at home had packed on the pounds after her multiple pregnancies and bore no resemblance to the person he married. His eyes needed the relief, he said. He still loved his wife, but he loved the actresses too—those willowy creatures that exist only in Bombay studios and in the imagination, looking like they’ve just emerged from a spa treatment, pancaked and lipsticked even when facing the most ghastly on-screen tragedies.

I asked him what he’d say if his wife admitted to something along similar lines. What if she said, for instance, that she loved Shah Rukh Khan because her eyes needed the relief after her beer-gut blob of a husband? He shrugged and smiled and said it was okay—because that’s what movies are for, to extricate ourselves from reality. Besides, at the end of the day, they had to return to each other anyway. It’s licenced cheating.

Like most mainstream movie industries around the world, ours is primarily a temple to the gods and goddesses of the screen. The only thing the masses want and need is to be blessed with their presence.  Whether the film itself is original or derivative, inspired or plagiarised—no one really cares. If it entertains and if the stars look spectacular, it’s good. Otherwise bad.

In fact, a crafty lawyer in a billowing black robe could construct a solid argument that the Bollywood schlockmeisters who shamelessly rip off Hollywood are actually doing the masses a service because:

(1) They keep track of the latest international releases; (2) they select the ones that are successful, thus separating the wheat from the arty-farty chaff; and (3) they repackage these hits in Indian clothing, with masala and songs and dances and comedy and extremely good-looking faces and bodies, thus ensuring entertainment for everyone.

As to the allegation that all of this is fine and it’s just that no one’s taking permission from Hollywood, the lawyer could counter as follows. (Just retrieve from your mind’s database a thunderous courtroom scene from any old Hindi film and go along.)

Defence Lawyer: Milord! While making Mr & Mrs 55, did Guru Dutt sign a contract that allowed him access to the barebones plot of Come Live With Me? Did Raj Kapoor ring up Frank Capra before he decided to remake It Happened One Night as Chori Chori? (And what an apt title for a stolen property.) Did Ramesh Sippy write a letter to Sergio Leone when he based Sholay on Once Upon a Time in the West? Then why should my client (namely, today’s mainstream Bollywood) be tried for this crime? If there’s a culprit, Milord, it’s the internet. In the early days, no one knew anything. Today, these Google-savvy punks think they know everything.

Prosecution Lawyer: Objection, Your Honour. This is a blatant attack on the inalienable right of the Indian citizen to be an armchair critic of anything and everything under the sun.

Weary Judge: Objection overruled. (To defence lawyer) You may proceed.

Defence Lawyer: But these kids don’t know everything, Milord! It’s easy to eat potato chips while splayed out on a sofa and make allegations. Let them try making a movie. Let them try running around for the dates of two-bit starlets who’ve barely had a hit and yet, because of multi-crore endorsement deals, have no time to listen to scripts. Let them try putting up with the evasions of star secretaries. Let them try scouting around for good, original writers who won’t mind working for the kind of money that would barely be enough to buy a star kid a Gucci handbag. Finally, let them wear out their knuckles knocking on the doors of producers who will not finance anything out of the ordinary. And then, Milord, let them point a finger at my clients.

Prosecution Lawyer: It is a shame, Milord, if these paltry excuses are allowed to exonerate an industry that’s supposed to be creative. The only creativity we see is in coming up with fancy excuses about how their film is so different from the original film and therefore not a copy. The only things truly creative are the music, the publicity designs, the art, the cinematography, and occasionally, once in a blue moon, the acting. Otherwise, the only thing this industry creates is money and hype, in that order. Oh, and star kids. This industry is excellent at creating star kids, who go on to create more star kids, ad infinitum.

Defence Lawyer: Objection, Your Honour. This is a blatant attack on the inalienable right of the Indian star to reproduce and groom more stars who will perpetuate the lineage whether talented or not.

Weary Judge: Objection overruled. Both sides are hereby warned—desist from personal attacks.  (Looks at his watch.) The case is adjourned. (Bangs gavel and mumbles to himself.) My lousy luck to end up with this never-ending trial. And just the day I have a ticket to the evening show of Aisha, with that Sonam Kapoor, who’s about half the size of the wife and twice as pretty. So what if she’s young enough to be my daughter.

The writer is film critic for The New Indian Express. His writings are available at baradwajrangan.wordpress.com. 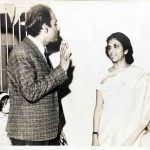 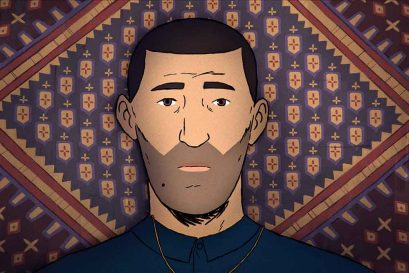 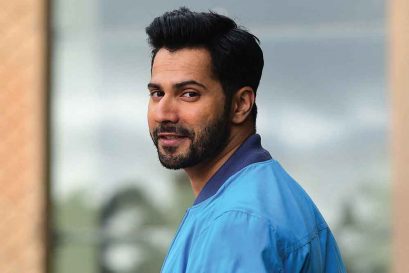