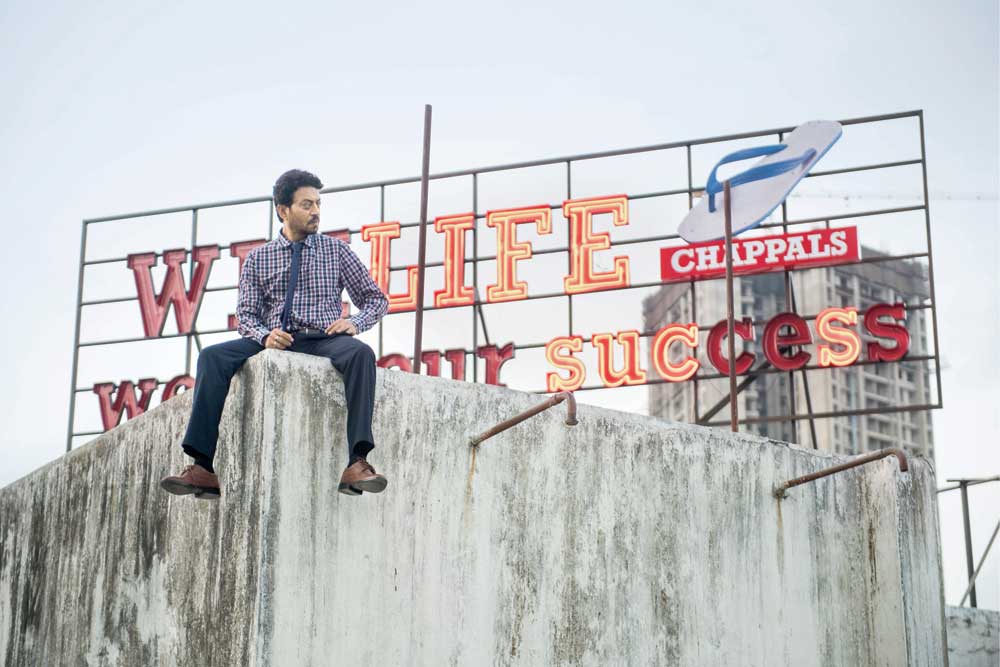 ‘Blackmail’ doesn’t really have a script; it has a story idea that is circulated with the help of an inventory of repetitive gags. It tells of a hard working man who comes home one night and finds his bored and attractive wife in bed with a large and well muscled man. He is too timid and middle class a man to be violent or create a scene of any kind. So he stalks the lover, finds out that he is married to a rich woman, and proceeds to blackmail him. This blackmail leads to another, and before the movie is done, almost every character in the film is blackmailing someone or the other.

The premise is that all souls are cut from the same cloth; everyone is greedy, everyone has loans and EMIs they have to pay back, every person in the film is oblivious to the possibility that blackmail could lead to imprisonment, and that all characters take to unscrupulous and amoral means to solve their personal problems. Basic credibility, the ability to create a willing suspension of disbelief in a story, is unimportant to the writers of this film. It is taken for granted that our movie watching culture is made up of idiots who will think it is entirely within the realm of probability that husbands, wives, lovers and colleagues could be simultaneously engaged in a ‘cross blackmailing’ marathon that lasts for the duration of the film. Who knows? The writers may be right.

But even if you look at the film as situation comedy, it still does not work. Dev (Irrfan Khan) hates his job and is miserable at home. He works in a toilet paper making firm whose CEO (Omi Vaidya) wants to project his brand as one that saves water for the nation. Apparently, his toilet paper is as smooth as a baby’s face and you will prefer it to using water. In this way, you can become a nationalist by just wiping your ass.

Omi Vaidya, having once played Chatur Ramalingam in ‘3 Idiots’, does a funny send up job on the nationalism overdose in Hindi cinema, but it is Irrfan and his role as Dev, the toilet roll hawker, that is the disappointment in ‘Blackmail’. He plays a man who suppresses the violence within him by fantasising of what he will do to the men and women he hates. There are three of four separate scenes of his imagination running riot, but the gag, funny the first time round, quickly becomes routine, repetitive and predictable.

Irrfan Khan is a fine actor, but he does no credit to himself when he accepts unimaginative roles like this. He is omnipresent in a film that struggles to seal gaping orifices in its story by placing his character dead centre in every sequence. The audacious hope is that his hallowed presence will sandpaper all flaws. So Khan plays his thoughtful self, brooding eyes gazing inwards, with the expectation that it will evoke memories of more memorable characters essayed in the past.

No such memories are triggered and ‘Blackmail’ is one of the rare occasions when Irrfan looks vulnerable to the bane of all fine Indian actors – a perceptible slip into mediocrity through overexposure.