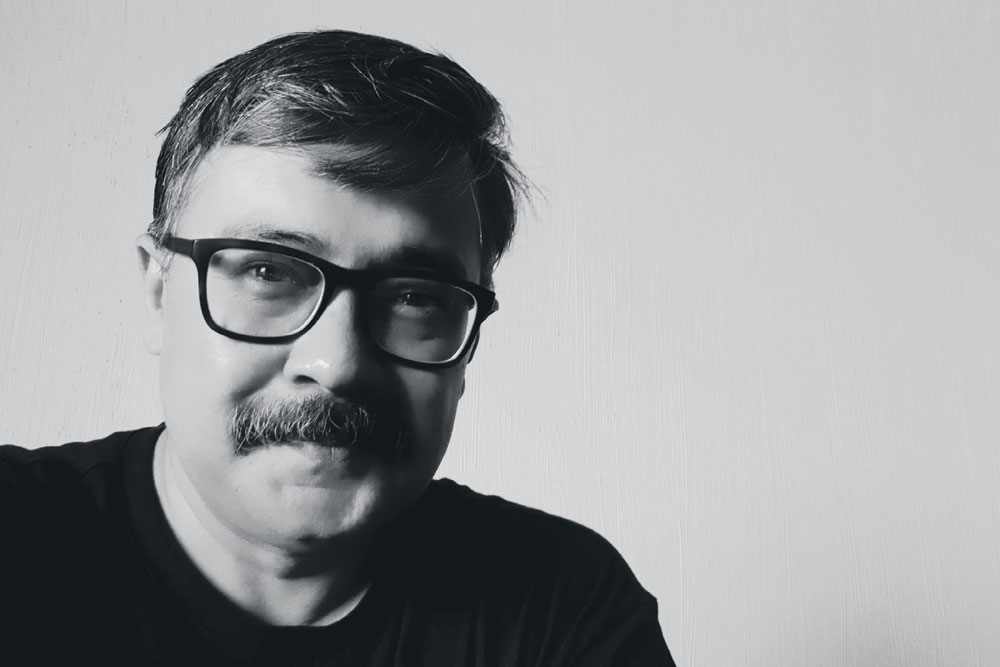 
I WAS ON A Zoom call. The press conference of the National Film Awards was going on in a separate window on my laptop when suddenly I read my name. I shrieked. It was a moment of disbelief,” says Bauddhayan Mukherji, popularly known as Buddy in the film circles, recounting the moment he heard that an ad film he directed, The Shower, for Hindustan Unilever, had won at the 67th National Film Awards under the ‘Best Promotional Film’ in the Non-Feature Films category. The just over a minute-long ad works on a simple (and disturbing) premise: in the time that a city slicker spends in the shower, half a village can quench its thirst. The ad brings the point home by showing a shower cubicle installed in the middle of Manglaram Ki Dhani village in Rajasthan close to Jaisalmer. One by one villagers (the ad uses many non-actors, including residents of the village itself) come to the cubicle, they open the glass door with trepidation, and then enjoy the uninterrupted flow of water. They hold their lotas under its flow or cup their hands to catch the water and bring it to their lips. The ad provides a simple message of how individuals can make a difference: ‘Have a shorter shower.

Turn off the tap.’

As a first for the business and the industry, Buddy is hopeful that the award and recognition might start a new trend and people might start looking at advertising films differently. Often picky about the kind of work he does in advertising, he says, “I hope the news makes clients support more meaningful work, which has the power to bring in change or make people think. Whether it’s environment, gender issues, LGBTQIA+, sustainability, public health—there are thousands of issues that need an addressal. I really hope clients with deeper pockets start addressing these issues as they would have the money to reach out to a wide audience. And even if it is for the lure of the National Awards, so be it.”


“Ad filmmaking would always be a lesser art comparatively because you are constantly catering to what the client wants for the brand. But long-format advertising has changed things dramatically over the last decade,” says Bauddhayan Mukherji, director

Buddy is a man of dualities, which stands as one of the reasons for his success with multiple forms. On the one hand, he has directed more than 650 ad films and runs , along with his wife Monalisa, one of the busiest production houses, Little Lamb Films, in the country today. On the other, he indulges in arthouse filmmaking, which is driven more by aesthetics than by money. Considering his achievements, it is surprising he’s stayed clear of mainstream Bollywood. “Mainstream is not for me and this has been a conscious decision. I would much rather be an independent filmmaker telling the personal stories that I feel the need to be told. I often ask myself—if I do not tell this story, would someone else? If the answer is an overwhelming no, I would definitely do it. That does not happen in the mainstream—everyone there is after the same stories, trying to package them differently,” he says.

His feature films Teenkahon (2014) and The Violin Player (2015) are critically acclaimed in the festival circuits and are now available on streaming platforms as well. Buddy belongs to the generation of Bengali filmmakers who have been influenced by Satyajit Ray. “I gave up everything to follow in his footsteps. When I made Teenkahon, my debut feature, the first story, ‘Nabalok’, was my tribute to Ray for singlehandedly changing the course of my life,” he says. Internationally, Buddy likes the work of Lars von Trier, Sam Peckinpah, Roman Polanski and Krzysztof Kielowski. He is also a believer of what he calls “slow cinema” and is fond of Béla Tarr and Lav Diaz.

I wonder what he thinks about the school of thought that views ad film-making as a lesser art. “This perception you are talking about came from a made-to-order, client-dictated form of ad filmmaking. Though I agree that it would always be a lesser art comparatively because you are constantly catering to what the client wants for the brand. But long-format advertising has changed things dramatically over the last decade. We have now given cinema a chance in advertising. Be it shot-taking, performances, production design, edit, the use of sound—long format advertising has changed the basic art of ad film making and has given enough freedom to ad film makers to practice their art,” he says.

How do these two different forms of filmmaking talk to each other? “Contrary to the belief that these are two mutually exclusive parts, the ad filmmaker in me and the filmmaker in me constantly feed off each other. For instance, when I direct feature films, I fall back on economising—a trait I practice while making ad films. And when I direct ad films, I look at storytelling from a macro lens, which helps the communication. There is much more, honestly. But that would be the subject of another tête-à-tête,” he says.

Another duality in Buddy’s life is the person and the professional. For most people, he is a warm professional who will work for hours together, never missing a deadline, never compromising on his vision, never giving up, always upholding professional ethics and almost always preparing for the next meeting. In person, he is a slow-moving, compassionate individual; a man with a sense of humour, sharing and listening to stories with equal interest, relishing his mutton biryani or fried fish; a Bengali who cannot stop talking about food and someone who would be the first one to leave a party for his bed, even if he is the one hosting it. His middle-class values, which can perhaps be traced back to his upbringing in Kolkata, form his moral fabric, which is never not worn. For instance, he would never claim a false point even in a badminton match—even if he’s losing. I can attest to this because he’s lost many to me.

What then was it like to grow up in Kolkata? “It is difficult for the conscious mind to answer this. But if I were to ask the same to the subconscious mind, I’d possibly get an answer. Growing up in Calcutta was possibly the best thing that happened to me. There were no television sets when I was growing up in the late ’70s. So, the city unfolded itself like a theatre to me. It was like staring into my own proscenium. I spent my time in our balcony just looking at people—my first tryst with mise-en-scène. And the sounds of the city were spellbinding. Today, they subconsciously creep into the films and the designs of my films. In Teenkahon, when people rejoice the electricity coming back or when the house lizard calls out at the end of a significant dialogue, subconsciously I am accessing the Calcutta of my childhood. I do not try hard to include Calcutta in my films, the city finds a way in by itself.”

Buddy’s playground is vast and his success is stable enough for him to answer uncomfortable questions such as what he’d like to be remembered as. He laughs and says, “Oh damn, this feels like staring at my epitaph. I don’t know, Mihir. It could possibly be just one word: Storyteller.”

Mihir Chitre
Mihir Chitre is author of the poetry books School of Age and Hyphenated; and is a writer-director 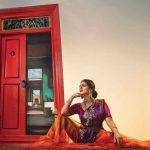