Asif Kapadia: Biographer of the Outsider

Asif Kapadia, the director who reinvented the documentary, brings his prodigious talent to two new nonfiction series and a haunting mini-series 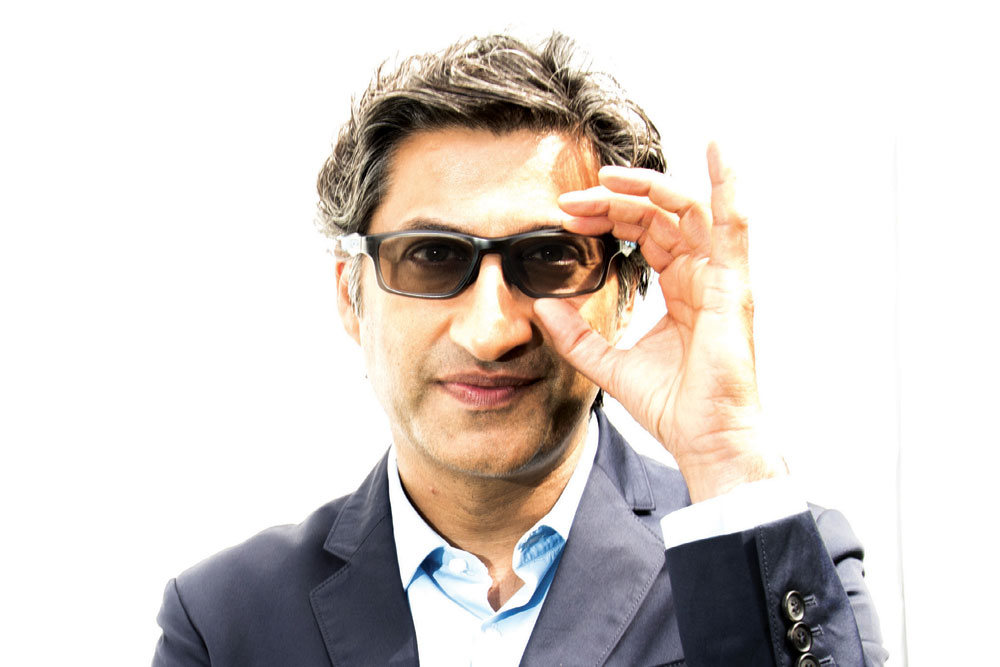 
WHERE HE WAS growing up, a white person was considered a minority, says Asif Kapadia. The Oscar-winning documentary director has been exceptionally busy, helming two new Apple TV+ series, The Me You Can’t See, produced by Oprah Winfrey and Prince Harry, and 1971: The Year That Music Changed, as well as being executive producer on Amazon Prime Video’s haunting new show, The Last Hour. “There were seven us from India, Pakistan, and Bangladesh, seven from the Caribbean and six-seven from other countries. There was only one person who could be considered white,” he adds. It was only when he left school in what was a particularly rough part of Hackney, to go to the Royal College of Art, that he realised he was actually the minority in what was supposed to be a multicultural city. And as he grew in his profession, that fact was repeatedly reinforced.

The film industry in the UK, he says, essentially comprises white, wealthy men who went to private schools and then Oxford or Cambridge. They often tell stories about themselves and therefore you get loads of TV shows about kings and queens and wealthy people, he adds. That is the first time Kapadia, the son of a postman father and machinist mother, began to feel like an outsider. Perhaps it is this liminal status that has always attracted him. It certainly underlines his celebrity trilogy, Senna (2010), Amy (2015) for which he won an Oscar for Best Documentary, and Diego Maradona (2019). As a filmmaker of Indian origin who is also a Muslim, Kapadia—who is often called the man who reinvented the documentary—finds himself naturally drawn to darker stories of anti-heroes and misfits. The idea of outsiders, on the periphery, on the edge, who are not classically the heroes, fascinates him. “I am interested in drama, in interesting characters, in stories. I like the idea that you think you know this person but then I turn it around for you,” he adds.

Having lived in London all his life, he often feels it’s an in-between place, five hours behind India and five hours ahead of New York. “I have always felt very European and we [England] voted to leave Europe which is one of the most idiotic things during my lifetime. We’re becoming a small island, we’re becoming small-minded whereas I’ve always felt very international,” says Kapadia. Indeed his work speaks to people from across the world, whether it is 1971, which chronicles the seminal influence of music on a society on the boil or The Me You Can’t See, which documents the mental health struggles of people across the world.


I am interested in interesting characters, in stories. I like the idea that you think you know this person but then I turn it around for you, says Asif Kapadia, producer and director

The Last Hour, directed by his long-time friend Amit Kumar, is full of characters who live on the margins. There is the shaman on the run from a soul-snatcher, the police officer who is in denial about his wife’s death, the daughter who can talk to spirits, and another woman police officer who is often patronised by her bosses. There is a series of murders in this town in the middle of Sikkim and no one, except the shaman, quite knows what is happening. The shaman’s power, the ability to go back in time and see the departing soul’s last hour, gives him an uncanny ability to solve murders.

Kapadia has been urging the director, Amit Kumar, to make this series for the longest time. It bears the Monsoon Shootout (2013) director’s trademark of playing with time. Ask them when the idea for The Last Hour first came about and they can’t quite put their finger on it. “It was probably one of those sessions of Amit cooking for us in London and sitting across the table, chatting,” says Kapadia. “Or maybe the innumerable conversations we’ve had in auto rickshaw rides in India,” he says.

Kapadia has just come off directing the highly rated eight-part documentary series on 1971, with his emblematic mix of archival footage and a voiceover. This time some of the iconic lyrics of that year written by singers such as John Lennon, Marvin Gaye and Bob Dylan play as subtitles on the screen. The docu-series is very much of the moment—CNN has just made a documentary on Marvin Gaye’s 1971 album, What’s Going On: The Marvin Gaye Anthem. It analyses why the songs still speak to people 50 years on. He is also co-director of a five-part documentary on mental health, which was sparked by his own mother’s issues with mental wellbeing. “We didn’t talk about it in those days,” he says, “but now I realise what it was.”

Kapadia also seems to have an obsession with death—considering his documentary subjects. Ask him about it, and he says, cheekily: “I’ll let you in on a secret, we’re all going to die.”

It is not a morbid preoccupation but almost a clinical examination of it, of what fame can do to a celebrity. Much before the world started to rethink its coverage of pop icons such as Britney Spears, Kapadia had been there and done that with Amy Winehouse. “The tabloid culture is feral and cruel. It’s part of the reason Britain is where it is today, in denial of its status as a European nation and in its constant need to other-ise,” he says.

Kapadia is engaged in the politics of England, even signing a letter in 2019, along with 42 other leading cultural figures, endorsing the Labour Party’s leadership under Jeremy Corbyn in the General Election. Much of it comes from his childhood perhaps. If it were not for education he could have slipped into the dark side, like many of those he grew up with. Education in the arts gave him opportunities he could have never imagined.

IT’S BEEN 20 years since he made his feature, The Warrior (2001), with Irrfan Khan and put the late actor on the world map. “We always talked of collaborating again but it somehow never happened,” he recounts. That film also returned to Irrfan his love for acting and his faith in the purity of cinema, where everything does not have to be magnified, or put under neon lights. Kapadia likes a challenge, for sure. He remembers not being satisfied by any of the locations for his graduate film, The Sheep Thief (1997). They finally shot in Barmer and cast a non-actor, a decision that split the team. “The half that left never made a film again,” he says. The other half did, and in fact, one of them Victoria Harwood (the art director) became his wife.

Film writer Aseem Chhabra has been a fan of Kapadia’s films from the time he saw The Warrior on the big screen in New York and then interviewed him. “I was blown away by the film. It was quiet, yet so gripping, violent and engaging. And heart-breaking as well. Asif gave Irrfan Khan the chance of his lifetime. Since then I have been especially impressed with his documentaries—Senna, Amy and Maradona—the methodical research and humanist stories he narrated. I found it really interesting how much he cared for the three characters. He is a rare filmmaker, passionate about his craft and he communicates so well with his audience.”

All his heroes have been rebels as well, Senna had his clashes with Formula One authorities, Amy Winehouse had her life picked apart by tabloids, and Maradona was always running into trouble. It was during The Sheep Thief, about yet another troublemaker, that he first met Amit Kumar, who was then at Film and Television Institute of India. He ended up helping him and so began an association that has continued till today with Kapadia constantly encouraging his friend to follow through on his ideas. Kumar, on his part, relies heavily on his friend for the exchange of ideas, some of which are sometimes not fully formed. “And then it’s like homework for me,” says Kumar, “how do I make this work.”

For Kapadia, the world of entertainment is changing, even if it is bit by bit. “Streamers are helping you to make a story that is very specific to India, Germany, Spain and suddenly the whole world wants to watch it if there is word of mouth. Everything is a bit more equal,” he says. “It’s no longer only about American TV. An Indian series like The Last Hour can beam across 240 countries on Amazon Prime. People can discover a show over time. It’s no longer about the tyranny of the opening weekend or the opening day.”

Kumar has many such stories inside him. Kapadia’s advice to him: “Make your work, put it out there in the world, and then move on to the next thing.” He’s doing much the same. After working on back to-back documentaries, he is editing a 100-minute film he has just shot. It is a silent film with the London-based Bangladeshi-origin dancer Akram Khan, who uses a unique mix of Kathak and contemporary dance to choreograph stunning dance dramas. Like Kapadia, he is a man out of place everywhere and at home nowhere—except perhaps the stage for Khan and the editing studio for Kapadia, where he can assemble and reassemble the many pieces of his subject’s lives.