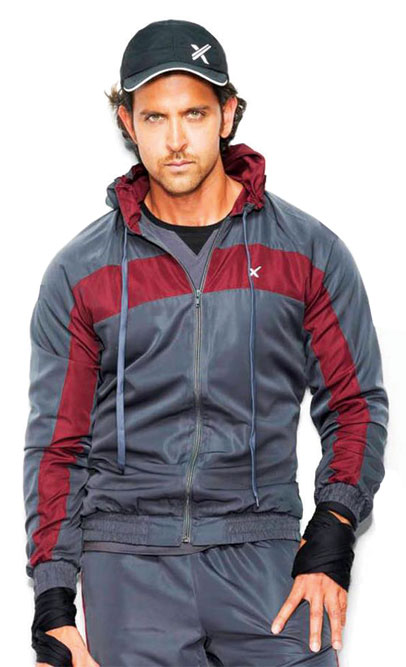 Nobody’s saying anything just yet because both want to see who blinks first. But word on the street is that the big Salman Khan versus Shah Rukh Khan clash that we’ve been hearing about for months may not happen after all. Shah Rukh’s still shooting Raees, and the Salman-starrer Sultan is full swing into production too. According to informed insiders, right now both films will have to really get their act together if they’re serious about making an Eid release around August.

Meanwhile, Aamir Khan, while celebrating his 51st birthday earlier this week, dismissed reports that his wrestling drama Dangal was being pushed up for an Independence Day release (which would mean it would clash with his Lagaan director Ashutosh Gowariker’s Mohenjo Daro). The actor clarified that his film is very much slated to open in December on schedule. Think about it: a clash with Gowariker’s epic was never going to happen, given that both films are being bankrolled by UTV-Disney, which would hardly pit its tentpoles against each other.

The film that studio is likely having sleepless nights over is Anurag Basu’s Jagga Jasoos, now in the making for nearly two-and-a-half years. Although exes Ranbir Kapoor and Katrina Kaif have resumed shooting recently (amidst much awkwardness, no doubt), there is considerable ground to be covered, including a schedule in Morocco, which many suspect may be scrapped and filmed locally now.

Let’s just call it the Curious Case of Hrithik Roshan, shall we? The actor hasn’t had a release since 2014’s turkey Bang Bang, which some might say is way too long a hiatus for an actor in his prime. But that break will end in August when we see him in Ashutosh Gowariker’s ambitious period love story Mohenjo Daro.

As if to make up for lost time, Hrithik’s reportedly been in discussions with several filmmakers, more than likely contemplating his next projects. Jazbaa director Sanjay Gupta’s Kaabilis is expected to be his next release, this film having already gone into production. Oddly, there is talk that Hrithik could reunite with— wait for it—his Bang Bang helmer Sidharth Anand for a Rambo remake, and you won’t believe who he’s been in frequent story narrations with lately: Sajid Khan!

The idea of Hrithik Roshan in a Housefull-style slapstick comedy is unsettling to say the least, although Sajid—much derided after two back-to-back embarrassments Himmatwala and Humshakals—has separately said that he’s going to give the comedies a rest and focus instead on “an emotional film”.

Earlier this week Hrithik ended all speculation over Aashiqui 3 and whether he’s going to be a part of it by declaring that he was never in talks for the project. That’s convenient. For months he neither confirmed nor denied stories that he’d been approached for the film, thereby fuelling rumours that he might be doing it. Kangana Ranaut even accused him of getting her dropped from the film after their ‘relationship’ went sour.

Some people might say Aashiqui 3 with Mohit Suri in the director’s chair doesn’t sound like a bad project for the actor to get involved with—certainly more exciting than collaborations with some of the filmmakers he’s been courting lately.

This Diva’s Thing for Younger Men

This sometime-actress-but-fulltime-diva has had a thing for younger guys for as long as one can remember, be it a strapping co-star, a former business manager, or her current squeeze—an entrepreneur in the hospitality industry. Turns out the young man’s folks are less than pleased about his ‘closeness’ to the prima donna, who happens to be easily 10 years his senior.

His conservative parents have reportedly been telling people that the diva has driven a wedge in the family, and that they hold her responsible for their son moving out of their home. But catty friends of the family insist that the parents had it coming: “For months they basked in his reflected glory—they liked seeing him in the papers with her, they loved being the parents of the guy who was dating this celebrity. Then,the moment they saw her as a potential threat they wanted their son to cut off all ties with her. That’s plain hypocrisy.”