A Death in the Gunj Movie Review

A Death in the Gunj is Konkona Sen Sharma's good debut, and a very promising one 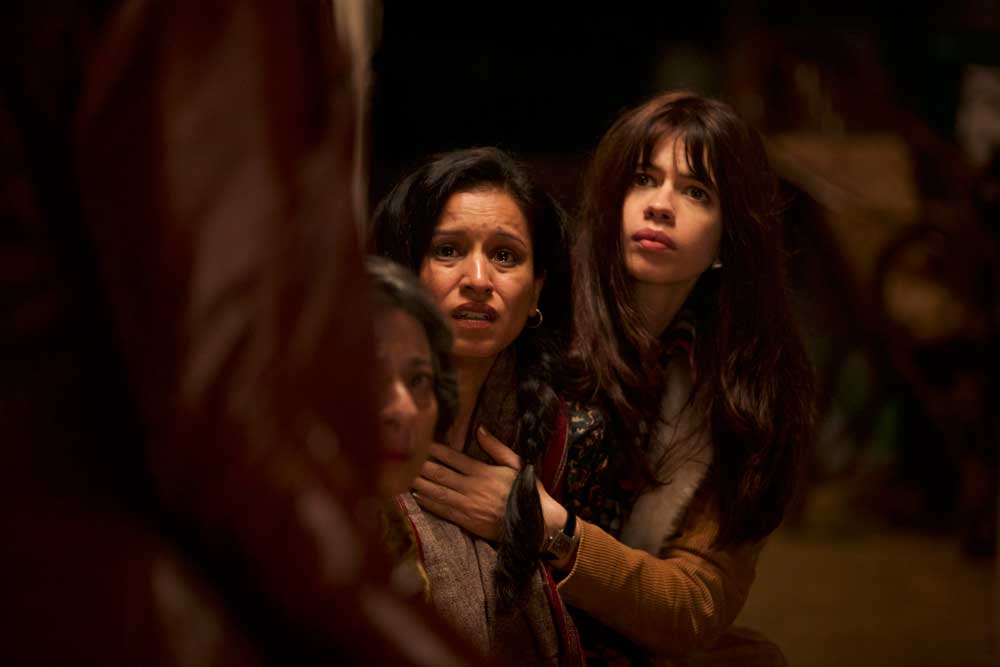 Konkona Sen Sharma has set this film around New Year’s Day, 1979. The story of a week spent at a Bungalow at McCluskiegunj, an Anglo Indian settlement in Jharkhand, could easily have been a true story. Though almost forty years old in its setting, it has that immediacy of impact; a touch of actuality, a personal tragedy that interrupts our lives at the most unexpected moment.

The period setting is near perfect. The hairstyles, the flared trousers of the men, the inland letters and the postage stamps, are selected with care. The use of language is spot on, with the right slang, spoken in the exact intonation of the period, whether in English, Hindi or the occasional Bengali. Relatives and friends have gathered for a family holiday here at this remote outpost of British India. it is a nice and chilly winter with a fireplace, plenty of food, and a good supply of alcohol.

Since it is an ensemble film, it is about relationships, both emotional and exploitative, and about the operating dynamics within a family. It is a movie about competitiveness between individuals that appear in the most mundane circumstances; about sibling rivalry and simmering personal resentments that pop up in the most innocent of holiday games.

On the first night, everybody sits around a table holding hands in silence, and one of the characters invokes a ‘passing spirit’ to join them. A question is asked of the visiting ghost: ‘Which of the group will die first?’. It turns out that this seance is stage managed, and is a mean joke inflicted by the bully of the group, Vikram (Ranvir Shorey) to scare the living daylights out of the most sensitive in the house, an erudite young man called Shutu (Vikrant Massey), who, of late, has been dealing with issues that have been wearing him down and turning him into a hypersensitive person.

Later, the game played is ‘Kabaddi’. Here, Shutu is unexpectedly in the lead, when Vikram uses his superior body weight to inflict physical injury on the young man. The purpose is obvious – the jock picking on the articulate and the educated, perhaps to impress the pretty, fashionable, and very Westernized Mimi (Kalki Koechlin). Or perhaps not. The director leaves you to figure out sexual, sibling and family tensions, as they evolve over several days and over a number of incidents at this relic of a town with a rapidly declining Anglo Indian community.

Aparna Sen’s first film, ’36 Chowringhee Lane’ took up a similar subject. Her film was a fascinating documentation of the edgy relationship between Anglo Indians and upwardly mobile middle class Bengalis. Set in the city of Calcutta, it was beautifully made and gave immense dignity and respect to this vanishing community.

Contrarily, well made and impactful though Sen Sharma’s film is, it does come up with an unfortunate and retrogressive Anglo-Indian stereotype in the character played by Kalki Koechlin. She seems to be in the story entirely for her sexual chemistry and the equations that she determines between herself and the two men, Vikram and Shutu. That she is of part foreign extraction, and thus ‘available’, is established in conversation and action, almost from the word go, when she is seen kissing the recently married Vikram, just after his honeymoon. To use the archaic phrase of that generation, her presented persona is that of a woman who ‘puts out’. In his 1963 film, ‘Mahanagar’, Satyajit Ray demolishes precisely this stereotype of the Anglo Indian woman, with the creation of one of his most articulate characters, Edith Simmons, an intelligent and professional lady, and the Anglo Indian best friend of his woman protagonist.

So ‘A Death in the Gunj’ is a good debut, and a very promising one, but it has to be noted that there are conversations and episodes in the film that are not very sensitive to this community.