Indian films—about a classical musician, an old truck driver and a young woman—make their mark at the Venice International Film Festival 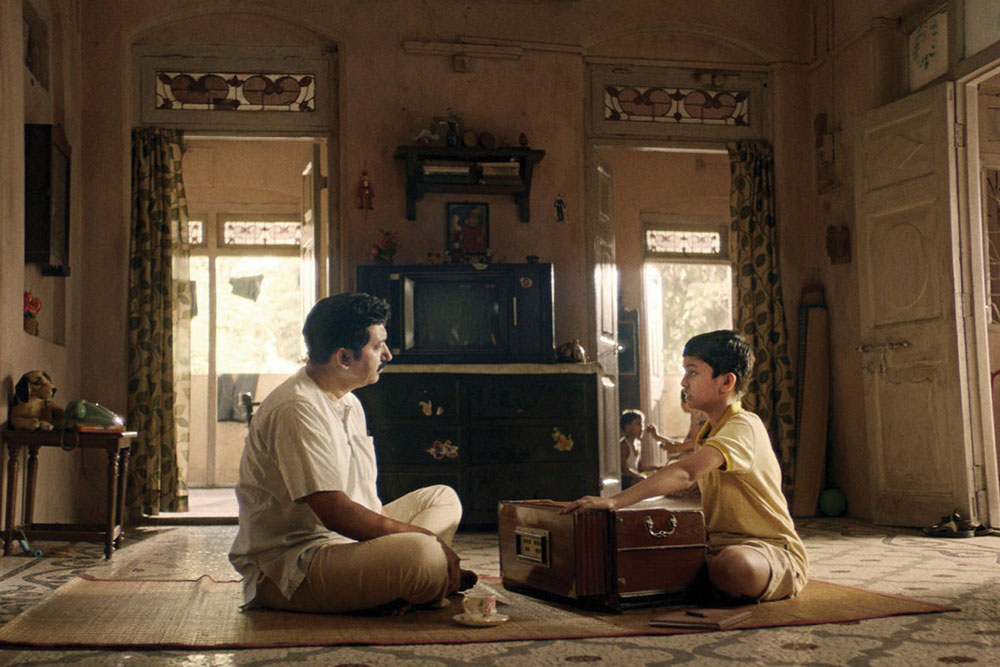 A scene from The Disciple


A YOUNG CLASSICAL musician struggling to find meaning in his art amidst the pressures and provocations of urban life; a veteran truck driver who is at a crossroads in life searching for a personal milestone; and a woman who is trying to hold onto a sense of self among her many roles as a wife, a daughter, a sister—these are the protagonists of three Indian films that are winning accolades at the ongoing Venice International Film Festival (September 2nd–12th).

Writer-director Chaitanya Tamhane’s Marathi film The Disciple is the first Indian movie in two decades to be chosen for the main competition after Mira Nair’s Monsoon Wedding (2001). Ivan Ayr’s Meel Pathhar (Milestone) and Sushma Khadepaun’s Anita are competing in the Orrizonti (Horizons) section, which showcases films that ‘represent the latest aesthetic and expressive trends in international cinema’.

These films break the norms of commercial moviemaking, they speak of distinctive and personal challenges in a social context. They are true to their worlds and immerse the viewer in their conflicts. They connect with the viewer at a larger, more universal level, and they start feeling like your own stories.

“For us, India and the ethos of the country is an entire genre in itself. The culture of India, the social pressures, the economic imbalances combined with existential questions posed by the films make it so real and so unique from the rest of the world. Our picks this year really reflect a growing, complex yet very intrinsically political world that the films are set in. It’s hugely challenging to replicate the cast, communal and individual differences within one world and all the films achieve that so well,” says Alberto Barbera, Artistic Director at the Venice Film Festival.


It’s taken India almost two decades to return to the prestigious Competition section of the Venice Festival. In 2001, Monsoon Wedding picked up the Golden Lion award at Venice, and before that it was Satyajit Ray’s Aparajito (1956) that picked up the same title. Paar (1984) earned Naseeruddin Shah the Best Actor award at the Venice Film Festival, and filmmaker Buddhadeb Dasgupta won Best Director for Uttara in 2000. And now 33-year-old Tamhane’s The Disciple joins that fray. The film is one among 18 other features from across the world. “It’s unbelievable that we can stand on the same platform as some very renowned and senior filmmakers, and at this point I feel immense gratitude more than anything else,” says Tamhane whose debut film Court in 2014 stood out at international festivals, won countless awards and was India’s Oscar entry as well.

The Disciple, which follows the quiet and arduous life of a young Hindustani classical musician, is Tamhane’s comeback to direction after five years, which included a life-changing mentorship with master filmmaker Alfonso Cuarón (director of masterpieces such as Gravity in 2013 and Roma in 2018). The Disciple covers a subject with an 800-year history, one that Tamhane knew nothing about when he embarked upon the project. It was, however, his experience filming for a year in Mexico with Cuarón that expanded his horizons and allowed him to delve into new worlds.

Meenakshi Shedde, film critic (and India and South Asia delegate to Berlinale) says,“To think of making a film on Indian classical music is almost like trying to achieve the impossible. The vastness and the depth of it can be all-consuming and someone like Tamhane dedicated two whole years of his life simply travelling across the country, reading, attending concerts, living with musicians. The beauty of Chaitanya’s work comes from the fact that he’s very drawn to integrity as a subject. Even in Court through the role of the poet he spoke of an artist who is standing up for the labour class, against injustice, against exploitation and staying true to his art. Even in The Disciple he reminds us of the importance of being true to the art. For someone as young as him to have that awareness and that sense of conscience is incredible, and it shows in his cinema.”

SHARING THE VIRTUAL Venice red carpet with Tamhane this year is Ivan Ayr who debuted at Venice with his first film Soni (2018). The film about two policewomen in Delhi struggling with everyday misogyny at work, home and in the streets was hailed as among the best films to come out of India in the last decade. The quiet, unobtrusive and sensitive nature of Soni made it a testament to gender balance, and yet it highlighted the need to recognise any individual beyond their gender. Ayr’s Meel Patthar is a shift from the world of Soni. His protagonist Ghalib is a veteran truck driver who is forced to face his insecurities after the death of his wife and the end of his profession that has defined his identity.

Ayr misses the experience of being physically present at the festival, but he’s thrilled to be in the spotlight once again. “Meel Patthar is set in the world of truck drivers and the highways they inhabit. It’s a very lonely, ubiquitous space like truck drivers are in real life. Nobody really takes note of them or thinks of their lives, but when I delved into it I saw some very challenging spaces in it: the constant battle of being away from loved ones, the physical demand of the job, the stigma of the work, not having enough dignity within a social context in India and the overall struggles of relationships when one does this for so many years. This is just a gist of a very personal story.”

Ayr, who had originally written the film about an Indian truck driver in America, moved the plot to the highways of Delhi and Punjab and discovered a world that he had only heard of. “I cannot imagine my stories without the element of an individual. It’s the individual that exposes you to the fundamental truths of life. Filmmaking is that truth and a way to express that. I spent days with some truck drivers and saw the psychological baggage that came with a job like that. Then there’s the battle with ideologies, growing older, gender, caste that’s so intertwined in our everyday living. Meel Patthar talks about all of this and more,” he adds. 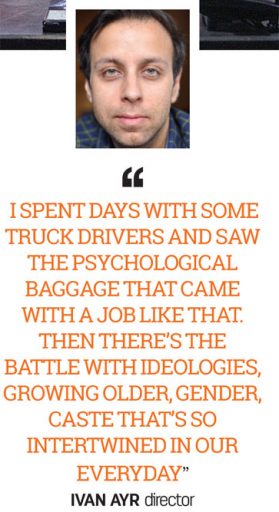 Similarly, Anita, a 17-minute short, also speaks of a person trying to find her strength and her voice. The only difference is that she lives within a gendered space. Anita is a young woman who has returned to her hometown in Gujarat two years after moving to the US for her marriage. She’s back to attend her younger sister’s wedding, but finds herself strangely trapped within the chains of ever-existent patriarchy, that stem from her own family but seeps into her partner as well. The film is set against the backdrop of a colourful musical ceremonial space, but visually it shows a block that Anita’s family is confined to, one that she is trying hard to break out from. For filmmaker Sushma Khadepaun though the film is set in India, it speaks of a universal quest for freedom, “For me, stories come from questions that overwhelm me over a period of time. Those that I’m afraid to explore because I may not have answers to them or perhaps because I’m afraid of the answer itself. Anita came as an offshoot from a feature-length story I was already developing. I was personally in a place where I realised I was constantly outside my comfort zone. I was away from family, had just moved to a new city [New York] and barely spoke to anyone in Gujarati or even Hindi. I was away from everything that was familiar to me and I had chosen to do so. I began to question whether all this discomfort was worth it and more importantly, why I was willing—or choosing—to live in such isolation. Is isolation the price one pays for independence? Does moving away to another country mean we leave behind our conditioning? I believe that universality comes, ironically, from specificity. So that’s what I was going for. To tell the story of a world that I know with authenticity,” she says.

A line from The Disciple aptly sums up the art and craft of these directors: ‘To walk this path, learn to stay lonely and hungry.’