Tonight I Can Write the Saddest Lines

When poets translate each other 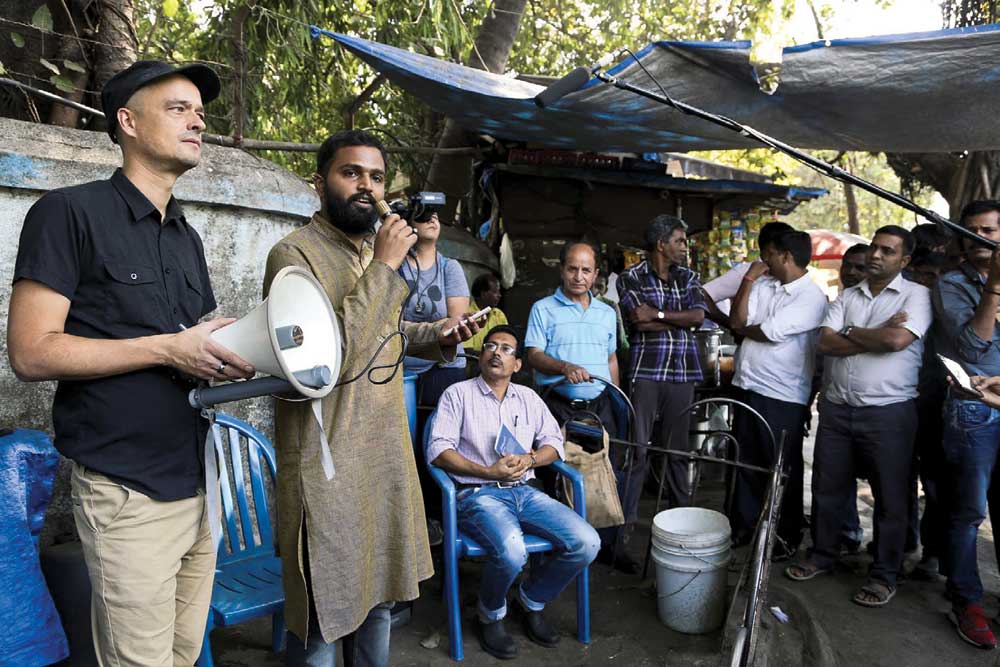 ‘WHAT IS POETRY?’—the first session of the first day begins with a sucker punch. It is an unanswerable question and the German poet Jan Wagner, of whom this has been asked, knows it. He demurs, talks about how lifetimes are spent writing essays on it and then attempts an answer: “Expression of the greatest possible freedom in the smallest possible space.” Neat and amorphous, but not really a definition. What if the poet uses more than the smallest space? The next day in another session, as a young writer, Shubhangi Swarup, who edits India’s only Virtual Reality magazine, talks about poetry in the digital age, she asks: “Are words necessary for poetry?” Combine both points of view—the greatest possible freedom in the smallest possible space without words—and what have you? Something that looks suspiciously like a mini canvas with abstract art.

The topic of discussion in which Wagner gets asked the question is called Challenges of Translation. The poetry festival, organised by the Goethe-Institut/Max Mueller Bhavan in Mumbai, is the culmination of a project in which 51 South Asian and German poets translated each other’s works in a series of interactions over the last two years. One of the things they discuss in the session is whether only poets can translate poets and even then the inevitable loss of the original. Yashodhara Ray Chaudhuri, the Bengali poet, speaks about experiencing her own work in translation. “It is like seeing the shadow of the shadow,” she says. During the course of the project, she anticipated hurdles from a foreign language but the unexpected was what her own language threw up. Like when she had to explain sati to the German poet translating her work. It is a poem, the translation of sati must also be one word. Shafi Shauq, the Kashmiri poet, argues that the good translator has to not shy away but even force his ego onto the poem. He cites Edward Fitzgerald’s translation of the Rubáiyát of Omar Khayyám in which he changed it all. “Not just a re-creation, he kept in mind the ethos and then created his own Rubaiyat,” says Shauq. The ego bode well in this case. The rider is to have ability like Fitzgerald’s.

In times of conflict, poets who are apolitical find words of resistance. But it is also in the thrall of war that love poems erupt, remembers the Mizo poet Dawngi Chawngthu of the insurgency-ridden years of her state. Free spirited Mizo men and women found themselves bound in curfews, unable to mix, and hence the pining and hence the poetry. They are talking the Poetry of Conflict and Sajjad Sharif, who is from Dhaka, mentions the bloody years leading to Bangladesh’s independence and once, when seeing bodies float down a river, learning that the gender could be deduced by whether they faced the sky. But even before that, when the liberation and the crushing of dissent was in the air, poets who never wrote on politics suddenly became political. “We presuppose that there is something called a protest poet. But every poet is a poet of conflict,” he says. Kedar Mishra, who is from Odisha, asks rhetorically why would he write poetry when tribals in his state are resisting the greed of the state. What would his poetry mean to that protestor? Nothing. “I would rather be part of the protest,” he says. Later, when asked why he assumes that poetry would not mean anything to those tribals, he qualifies that he meant the poetry of the elite. He is still searching for that form that will touch; that voice which will turn poetry “into a weapon”.

In Poetry on the Edge, Arundhathi Subramaniam, who is moderating, asks for the poets present to define the edge in whatever way they want. She talks of how poets transgress, ignore, melt borders by instinct and quotes the ninth century Tamil Vaishnava poet Nammalvar who said that poets are so subversive that they are not only capable of being eaten by god but also capable of eating god. “That is the kind of danger that poets represent and have always represented,” says Subramaniam. Later I look up the Nammalvar poem she is alluding to. I find it online in a translation by Ramanujam, the lines saying, ‘and I / by his leave / have taken him entire.’ On stage is also Somasundrampillai ‘Sopa’ Pathmanathan, a Sri Lankan Tamilian who wrote through and survived the quarter century of civil war, his poetry initially not conscious of borders but then the violence surrounding and politics drawing itself into his voice. Naseem Shafaie, the Kashmiri poet, too had a similar awakening. “First I would deny that I was politically conscious,” she says. Surprised by their own evolution, her words began to resonate the suffering of the land.

The mandatory Bollywood session has filmmaker Abbas Tyrewala, lyricist Kausar Munir and film historian Akshay Manwani talking on poetry and Hindi movies. There is remembrance of the first great poets—Shailendra, Kaifi Azmi, Majrooh Sultanpuri and others—who deigned to write lyrics in the 50s, 60s and early 70s and those songs became immortal. But then they got overtaken by the demand of popular culture, perhaps a necessary dumbing down that later, after these poets had become aged or passed away, went into abject deterioration in the 80s and 90s. But then in the last decade, there was a resurgence of the middle- brow in which even when silly, the lyrics had deliberate design and rigour. Think Dam Dama Dam versus Tune Maari Entriyaan. The general thrust underlined with some hubris that it is alright to go low if you are capable of going high. And a consensus that much of the loss of integrity in today’s lyrics is the marketing department’s doing. It occurs to me that maybe they should shift some onus to the audience too. This up-down-up trajectory of poetry in Hindi songs, if true, is also in keeping with who pays for Hindi movie tickets. In the 50s and 60s, the revenue drivers were the literate class; then in the 70s, 80s and 90s, blue collars decided the golden jubilees; and now with the multiplexes, yuppies determine the taste.

At the discussion on The Rise of the Spoken Poetry, there are three sombre poets talking in mild tones in German, English and Hindi, which are the languages that Rochelle D’Silva, Ulrike Almut Sandig and Raj Shekhar write in. Towards the end, as they recite, the transformation is sudden and sharp—eyebrows dance wide and narrow to the rhythm of words, hands and fingers gesticulate, guttural noises emanate and mix with soothing lullabies; poems run towards songs, looking over without crossing. Spoken Poetry is a relatively new popular form, but Raj Shekhar talks about the Indian tradition of poets to whom writing was alien. Like Ramashankar Yadav Vidrohi, who lived in JNU speaking poems on revolution but never penning them down. Or the mystic Kabir. While they are performing, a young man seated next to me starts snapping his fingers and I am irritated at this discourtesy. Raj Shekhar says that one of things that he loves about Spoken Poetry is the snapping of fingers—he compares it to the sound of a “thousand butterflies being set free”—and I realise that this is ritual. I feel old. I am old.

And so on to The Possibilities of Poetry In the Digital Age where Shubhangi had posed the question—Can there be poetry without words? Those who wielded words might wield holograms and horizons inside VR headsets. Or they might not and there will still be a school boy typing ‘Rses r rd’. Who knows? Does it even matter? The Mizo poet, Lalnunsanga Ralte, talks about his language discovering writing just about 100 years ago but the digital age propelling his words through blogs until he, who has not published a single work on paper, had travelled the world with his poems. He knows of those who in their poems use images that never existed before, like the little green signal signalling you are online in chats. Peter Griffin talks of looking and not finding community and so making one in the popular online forum Caferati which every aspiring Indian English poet over the last decade or so must have visited. There are bots which can make villanelles, he says. I think when that bot writes a ‘Do Not Go Gentle Into That Good Night’ is when poetry, as we know it, is over for human beings. Until then there is the young man in the audience who puts his hand up when Shubhangi asks for a poem that anyone would like to see in a VR avatar. He says Tonight I can Write the Saddest Lines by Pablo Neruda.

What is the image that it evokes in you? She asks.

The Italian countryside, he says.

He has got it wrong, you think. Neruda is from Chile, another country, another continent. But there is also something right and human in the arising from nothing of an image that calls itself Italian.