The Shape of Intolerance 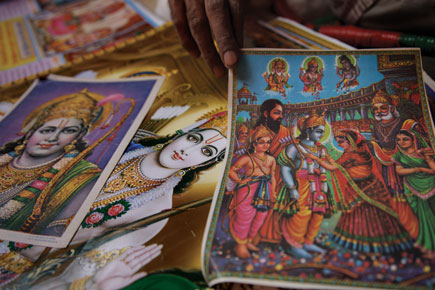 
In 2003, AS a correspondent in Bhopal, I encountered one of those stories that make the BJP such a delight for a journalist and headache for the country. The party had decided to target Habib Tanvir’s performance of Ponga Pandit, a play that had been staged on various occasions for over 50 years. Their ire was actually directed at the sadbhavana yatra through Madhya Pradesh that the playwright had embarked on, the play being just an excuse for violent demonstrations.

I decided to verify something that, while evident, was still worth the effort. I called up senior BJP leaders in the state, including those leading the demonstrations, and asked them if they had seen the play. Unsurprisingly, not a single one had seen or read the play. Finally, I called up the BJP state office and asked for the name of one, any one, BJP official who had actually seen it. It took them several hours to track down a man from the party’s Yuva Morcha in Gwalior; he said the satire was problematic because in the course of the play, when “an agarbatti can’t be found, the pandit’s assistant uses a bidi”.

The controversy around AK Ramanujan’s essay, ‘Three Hundred Ramayanas’, and its subsequent withdrawal from Delhi University’s syllabus is much like the Habib Tanvir episode—the most noise has been made by those who have no knowledge of the contents of the essay. The ABVP activists who first protested against it in 2008 were no different from the BJP men I had encountered a few years earlier in MP.

On the pages to follow, Open carries an excerpt from Ramanujan’s essay (for the full text, go to openthemagazine.com) because we believe the essay makes the best argument for itself. To us, its presence in the curriculum of a course on Indian culture—in fact, in any university curriculum of such a course anywhere in India—should be a given. In its lightness of touch and seriousness of intent, it is the work of a mind that is not academic but scholarly. It is hard to believe that anyone who has read this essay would come away offended rather than illumined.

At the same time, to read this essay in our current context is to be dismayed by an academic climate where only nine of 120 members of the Academic Council objected to the removal of the essay. The 111 who consented relied on the views of an expert who, according to a newspaper report, ‘first expressed his doubt about whether undergraduate students would “tolerate” the portrayal of divine characters in the different tellings of the Ramayana as mentioned in Ramanujan’s text … He then went on to say: “If the teacher explains the background of these versions, students may be convinced. But I doubt if college teachers are well-equipped to handle the situation which, I forebear, is likely to become more difficult in the case of a non-Hindu teacher”… He added that though it was a literary piece, it was “a little objectionable” in places and “bound to affect the sensibilities of impressionable minds”.’

Three of the four experts may have disagreed with this view, but this is what prevailed in the Academic Council. Consider each of the arguments made by this expert. To doubt whether undergraduate students would “tolerate” the portrayals in the various tellings of the epic is to doubt whether they should be educated in the first place. If students attend university to confirm a worldview by discounting all evidence to the contrary, they are best served by not studying at all.

For the Academic Council to accept that college teachers are ill-equipped to handle the situation arising from teaching this essay is to confirm what this controversy suggests, that at least a majority of the Council has no business teaching anywhere, leave alone at a university. To suggest it is even more difficult for a non-Hindu teacher is not just offensive, it is to deny the reality of India. Worse still is the argument that the essay is “bound to affect the sensibilities of impressionable minds”. Is that not the very point of a university education?

The controversy raises a simple question: how can a course in Indian culture that cannot face up to the country’s diversity, denies alternate versions of the Ramayana, deal with the reality of India? It turns out to be difficult to answer because there is no one who coherently speaks in defence of those who got the essay removed. The only explanation that fits the bill is that the ill-read have won because they can summon the right numbers to create a ruckus. Among the few right-wing ideologues who have written on the subject, Swapan Dasgupta makes the specious argument that it was only ‘because some philistines had objected to the essay being in the list of prescribed texts, [that] the culture war was transformed into a political war’. Those philistines unfortunately have political affiliations, and they fall squarely within the Sangh Parivar. The ideological route from the Babri Masjid to the removal of this essay is clear. If Rama is to be a historic personage, if the Ramayana is to be history, then there cannot be many tellings, there cannot be many Ramayanas, there cannot be many Ramas.

Ramanujan’s wonderfully nuanced essay begins with a tale in which Hanuman sets out to find a ring of Rama that has rolled down a hole and been lost in the world of spirits. The Lord of the spirits shows Hanuman a platter with thousands of rings, and tells him, “There have been as many Ramas as there are rings on this platter.” It is an Indian tale, and in its simplicity there is a sting that destroys the arguments of the Sangh more thoroughly than a thousand pamphlets.

Ramanujan concludes with another tale, of an uncultured dolt whose wife wanted him to open himself up to “the higher things in life”. She seemed to have meant precisely the kind of things that a university should ideally teach. She sends him to watch a recitation of the Ramayana. The first three days, he falls asleep as soon as it begins. On the fourth day, she sits beside him as ‘the reciter was enchanting the audience with a description of how Hanuman the monkey had to leap across the ocean to take Rama’s signet ring to Sita. When Hanuman was leaping across the ocean, the signet ring slipped from his hand and fell into the ocean. Hanuman didn’t know what to do. He had to get the ring back quickly and take it to Sita in the demon’s kingdom. While he was wringing his hands, the husband who was listening with rapt attention in the first row said, “Hanuman, don’t worry. I’ll get it for you.” Then he jumped up and dived into the ocean, found the ring on the ocean floor, brought it back, and gave it to Hanuman.’ Ever since, Ramanujan concludes, ‘he has been respected in the village as a wise elder, and he has also behaved like one’. The magic of reading Ramanujan’s essay is somewhat similar. Allow yourself a night of wakefulness.