The Death of an Indian-born Language

William Rozario, last speaker of Indo-Portuguese Creole of Cochin, died recently. When I had met him for my research on Creole languages, he was glad to speak his language again, even though I could only pick it up in parts 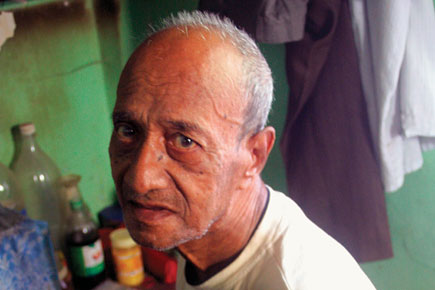 
MACAU — William Rozario passed away on 20 August 2010, at the age of 87. And with him died the Indo-Portuguese Creole of Cochin. He was the last of its speakers. My first visit to his home in Vypeen, back in 2007, was memorable; he seemed genuinely pleased to learn of my interest in his language.

Creoles are what we call ‘contact languages’, varieties which come about through the contact of several languages sharing the same space. The Indo-Portuguese Creole that Rozario spoke was formed primarily through contact between Malayalam and Portuguese. In other parts of India, however, the equation was different: in the Bombay region, Portuguese interacted with Marathi; in Daman and Diu with Gujarati; and on the southeastern coast of India it interacted with Tamil. At present, Indo-Portuguese Creoles are spoken in very few places. Daman Creole has around 4,000 speakers; that of Korlai, a village in Maharashtra near the old fortress of Chaul, has around 760 speakers; Diu Creole is spoken by some 180 speakers; and the one of Cannanore, only by five.

Researching contact languages like these sheds light on patterns of cultural interaction in the past, and Cochin is of prime interest for historians. It was among the world’s first globalised cities, and also the first outpost of the Portuguese in India. It is also for Cochin that we have some of the earliest records of Catholic missionary activities, and of the formation of Eurasian homesteads, two of the main social factors which motivated the appearance of well-defined creolophone communities. Scholars tell us that during the Dutch period, members of the Luso-Asian community of Cochin were highly valued as local mediators because of their cultural and linguistic adaptability. In the period of British domination, they came to be classified as ‘Anglo-Indians’ along with other Eurasians—with whom the community fused to some extent—and this remains unchanged to this day.

The Creole of Cochin was probably one of the first contact languages that sprung up along the coasts of Asia from the outset of European colonial activities there. But it didn’t remain in isolation. There has always been population movement in this region, which was probably enhanced by the tendency of Catholics to seek spouses in other Catholic communities. That would explain why, for instance, the Creole of Cochin as spoken by Rozario bears such resemblance to the present-day Creole of Cannanore.

When I met Rozario, drawn by the prospect of recording a language that many believed extinct, he was already retired, and was very generous with his time. From the first day, both he and his family treated me with great warmth. After my first visit, we would write letters to each other every so often, and, when I visited him again later, I felt like an old friend returning home. William Rozario’s household is truly one of the most hospitable I’ve ever come across. The family always insisted I ate with them and we had nice long chats.

Most of the stories Rozario told me had to do with his years growing up on an estate in Wayanad, about how big snakes would sometimes enter the house, or how one of his relatives was an accomplished hunter. As for the language, he said that when he was a child, his entire interaction with the extended family took place in it. Christmas was a time when the family would gather for a party. They played instruments such as the guitar, violin or harmonium, and sang Creole songs. The one he remembered best was Jinjri Nona (by his pronunciation), which scholars know of in a slightly different form, from other Luso-Asian communities in India and Sri Lanka.

Although Rozario had grown up speaking his traditional Creole with other members of the community, the language gradually lost ground in his lifetime. His wife did not speak it, and the younger generation grew up mostly with Malayalam and English. Towards the end of his life, the last person who could converse with him in his mother tongue was his neighbour Francis Paynter, but Paynter passed away a few years ago. In Cochin, some people still remember words, phrases and songs in this language, some may even understand it partially, but William Rozario appeared to be the last fluent speaker. When we met, he seemed happy to be able to speak his language again, even though I had some trouble understanding it at first. I am a native speaker of European Portuguese, and, despite my previous research on the Creole spoken in Diu, I could only pick up Rozario’s language in parts at the time.

I heard about Rozario’s death through an email sent to me by his daughter-in-law. It was very sad news. Doubly sad, since this meant the death of a friend and of a centuries-old language. The Indo-Portuguese Creole of Cochin was the mother tongue of part of the local Catholic community for over four centuries; records from the late 19th-century show that it was still vital at the time. The process of abandonment must have begun around the turn of the 19th century. English or Malayalam gradually took over some of the domains that were previously the precinct of this Creole: religion, home, the neighbourhood and so on. And that is how the present situation came about: Rozario gradually lost interlocutors, and became, in the end, the only Creole speaker left in Cochin.

No matter how much theoretical knowledge an outsider may have gathered beforehand, first contact with these languages always makes an impression. Hearing them makes history almost palpable. To me, it is more striking than looking at a monument. Buildings can last for a while even after they cease to mean much to the people, but it’s not the same with spoken language.

These Creoles survived because they were important cultural signposts for the communities that spoke them. In the 21st century, however, the world is becoming linguistically and culturally less diverse. It is widely recognised that languages are disappearing faster than ever before, and the processes by which new languages arise cannot keep up.

Linguist Dr Hugo Cardoso is a researcher at Research Centre for Luso-Asian Studies, University of Macau