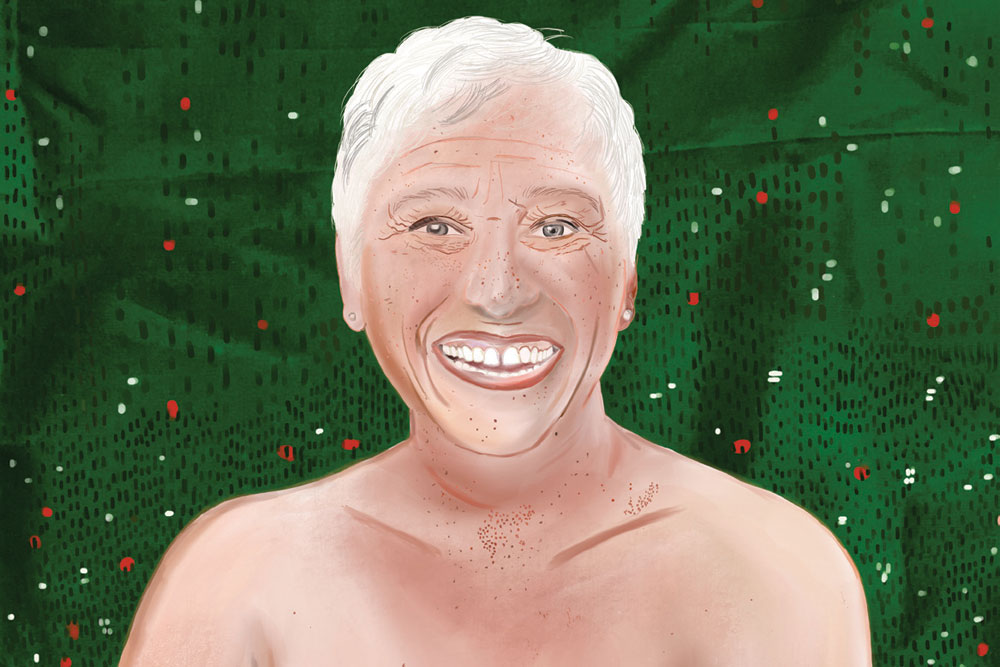 
A FEW MONTHS AGO, doctor and educator Dr Tanaya Narendra was invited to do an Instagram live by a student organisation in Bangladesh. While posting about the event, the organisers wrote that Dr Cuterus—the name Narendra goes by on Instagram—was going to talk about “shush topics”. As a millennial woman whose very work on the platform centred around breaking barriers and taboos around sexual health, Narendra found this upsetting. She asked her brother, “Why do we have to say shush topics? Why can’t we screw the shush?” And that’s how #ScrewTheShush was born.

Born to parents who are fertility experts, Narenda grew up in a household where saying “vagina” was a normal, factual occurrence. “I remember I was about eight and had gone to a neighbour’s party. When asked where my mother was, I said she’s gone to operate on someone’s ovaries and was chucked out of the party,” she recollects with a laugh.


Narendra’s household is an anomaly in a country where any conversation around sex is treated with squeamishness and internalised shame, whether that’s with parents, teachers or even healthcare practitioners. It’s what led Leeza Mangaldas to start her sex positivity YouTube channel and Instagram page in 2017. “As a young woman navigating so many life experiences that are firsts for that age, whether it’s having an orgasm or exploring your own sexuality or body, I felt like there were no safe spaces for Indians to turn to,” she says. Her Instagram bio states: Imagine a world where all sexual experiences are consensual, safe, and pleasurable.

Given the unequal access to technology in the country—most studies peg female internet users at less than half of male internet users—this also throws up an interesting conundrum, one that Mangaldas is acutely aware of as a content creator. Because of her background as a sports presenter, she’s used to having a largely male audience. She says that men have stumbled upon her videos because they were looking for porn and the title has orgasm or sex in it. “Then they stay for the sex education lesson and think ‘oh, this is cool.’ It’s important for me to take men on this journey—in an Indian context particularly, they control access to so much like technology, information and even medication. Women have told me they discovered my channel through a male relative or friend. Because of the shame and stigma around these conversations it doesn’t get sufficiently addressed, but it plays a huge part in women being able to have equal rights,” says Mangaldas, adding, “It isn’t just about women CEOs. Financial equality needs to be accompanied by sexual and reproductive equality.”

The anonymity and sense of community that the internet offers has also led to artists pushing the boundaries on their art, often enabled by the experiences of their followers. In 2017, artist Indu Harikumar started #BodyOfStories, a crowdsourced project to ‘explore and celebrate the many and varied ways of experiencing the human body.’ Both men and women wrote in sharing stories of body shaming and self-acceptance, which were illustrated by her and shared on her Instagram page (@induviduality). 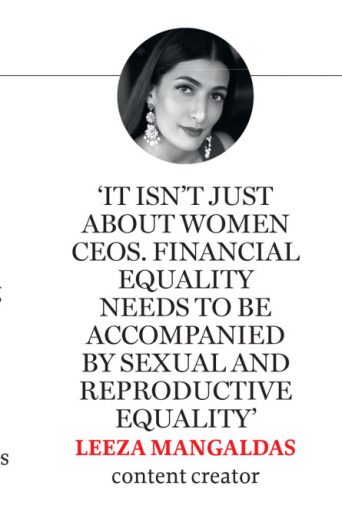 As quarantine kicked in last year, model and illustrator Namita Sunil started her Panty Girl series as an exploration of the female form, inspired from her own experience as a fashion model. Using brush pen on paper, the black-and-white works were her attempt to dissect bodily autonomy and consent before the male gaze, and to reclaim space as a model without the pointed direction of a photographer. 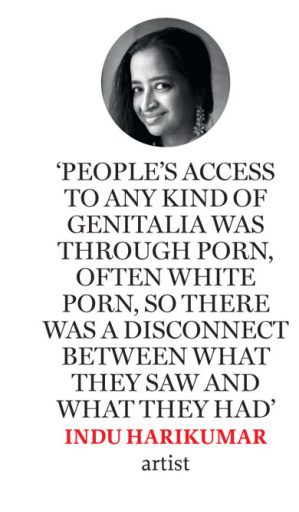 Harikumar’s other project, #Identitty, stemmed from a conversation she had with a friend, who opened up about how ashamed she felt of her heavy chest when she was younger, and all the unwanted attention that came her way. The illustrator herself had struggled with the opposite—as a skinny girl, she had felt like she had nothing to “offer”. Soon enough, women, trans people and non-binary folk started sharing their stories, often accompanied with photos of their breasts, an exercise in innate trust that the artist took some time to fully comprehend.

The project brought forth fascinating, and often empowering, perspectives about a body part that’s been hyper sexualised in media and popular culture. While one person wrote about gender dysphoria and sex reassignment surgery, another spoke up about loving her flat chest after a double mastectomy for breast cancer—all of which were brought alive through beautiful illustrations by Harikumar. Whether it was #BodyOfStories, #Identitty, or any of her subsequent projects in the years since, they achieved a common purpose—making people feel less alone.