Eggs on A Breast

Preparing your body for lovemaking has its own charm 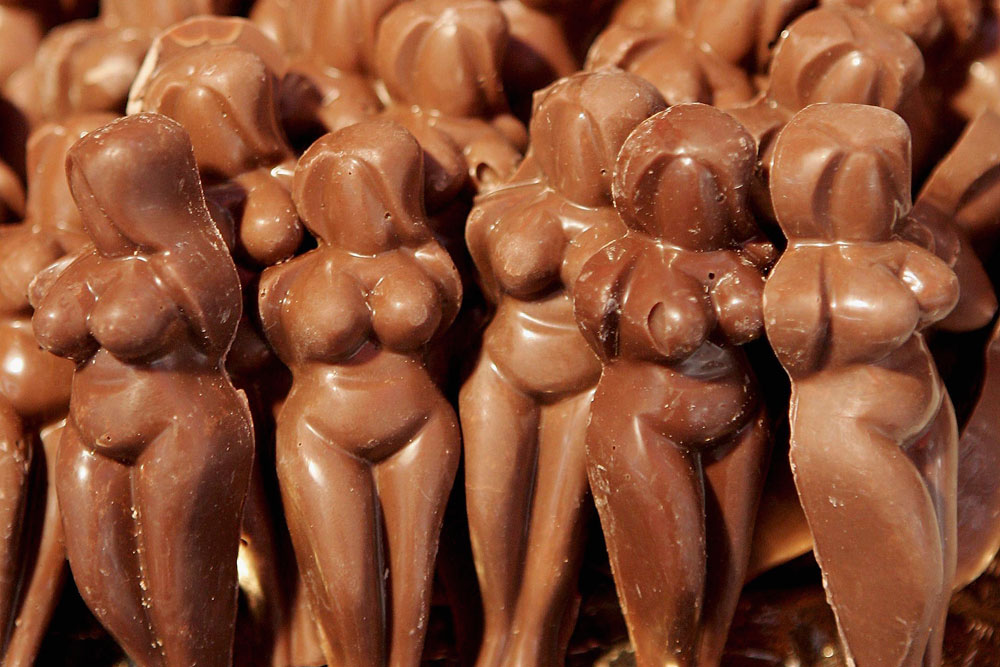 I hate math. I hate it so much that I once stuck my head into an oven hoping the heat would be mistaken for fever; the perfect excuse to skip math class. I never imagined that I’d have any use for the subject. But last week I realised how wrong I had been. Math, geometry in particular, would have come very handy in what I was stuck assisting with. As I struggled to get a friend ready for a date, I cursed myself for never having read the chapter on geometric shapes. Perhaps then I would have been able to figure out how to balance an oval on a cone, or, in other words, an Easter egg on a perky nipple.

“How the hell did you come up with this,” I demanded to know as the stupid egg slipped off her breast for the thirtieth time in a row. Since I had been emotionally blackmailed into seeing her naked, a sight that made me supremely uncomfortable, I felt the least I deserved was an explanation for this bizarre tradition. Why on earth would anyone want to garnish their body with dairy-free Easter eggs year after year? But all I got was some vague logic involving her Catholic lover’s childhood fascination with marzipan and his lactose intolerance. “Reminds him of his nani,” she informed me breezily, as I gave up trying to balance the eggs and started to double tape them to her tits. Right, because grandma is what gets everyone’s blood rushing down south.

To be honest, I’ve never really understood primping and preening of any kind. The first time I roasted a turkey, I served it solo on a steel plate. I sometimes hand out wine and cocktails in a coffee mug to guests. And I can never be bothered to do more than gift wrap presents. I follow this same pattern when it comes to dating. Call me up and I’ll be ready to go out in less than half an hour. No elaborate waxing, bathing or decorating rituals for me. I’m not even sure I fully understand the difference between body scrubs and nipple scrubs, body soap and vulva soap, body cream and foot and hand cream. When did our limbs, breasts and vagina stop being a part of our body? “Region-specific cosmetics are more sensitive than the regular ones,” informed a friend who makes her own clitoris cream. “Why don’t you try it and then make your little jokes,” she added. I stopped mid-laugh and bid a hasty retreat when I realised she was serious.

Still, as I made my way out of her building, I couldn’t help but feel that maybe I was missing out on something. Was I, by refusing to take part in elaborate pre-sex grooming, also denying myself some sort of solo sexual foreplay? The next day I went to Candy Treats and picked up a kilo of mixed sweets—gummy bears, watermelon slices, peach hearts, jelly cubes and twirly pops. These I carefully inserted, hung and placed all over my freshly-showered, scented and moisturised body. Then I waited. My lover arrived just as the sugar on the jelly was starting to melt. Stickiness aside, the sex was crying-out-loud good.

At first, I pegged my orgasmic success to the thrill of his being surprised. Then I changed it to the raunchy combination of skin and sugar. A few days later, I thought maybe it was the magic of all the soaps and creams I had used. But eventually it hit me that my sexual fulfilment had had very little to do with the props or my partner. It was more a result of my arousal. In the one hour it took for me to bathe, two hours I spent decorating myself and the 30 minutes I waited, naked on the couch, for his arrival, I had allowed my body to do something it had never done before; I had allowed myself to lust. With every sweet I had stuck on myself, I had also conditioned my mind and erogenous zones to expect extreme carnal bliss. I had waited three and a half hours for an orgasm. I couldn’t remember the last time I had let myself lust so freely and for so long.

Yet, despite discovering the potency of lust, I didn’t reveal it to my friends right away. How do you tell someone that prolonged periods of desire is good for them? I can’t exactly go, “Honey, arrange a little something on your melons for great sex.” Lusting isn’t encouraged. If anything, it’s considered to be negative; so negative that we’ve nearly forgotten how to lust. To sit at work and picture your lover naked, to attend meetings while visualising the feel of his arms around you, to drive your car and think of his mouth on your skin, to bathe yourself and imagine ripping his shirt off—it isn’t really stuff that’s on the top of anyone’s to do list. You can have sex, just don’t spend too much time dreaming, talking, picturing and waiting for it. But imagine if we did.

Turns out I’m not the only one imagining. I was at the miniature painting display at the National Museum in Delhi recently, when I came across one particular Rajasthani piece from the 16th century—‘Girl preparing for Lovemaking’. The audio recording described this as “16 steps which included oiling and braiding her hair, a vermillion tika on her forehead, darkening her eyelids with kohl, painting her hands and feet with henna, perfuming her skin to keep her smelling sweet and putting on earrings, nose rings, toe rings and anklets…all done each time she meets her lover.” Eggs on a breast, fantasising at work or 16 steps to prepare for love making, it doesn’t really matter what you take up. Or if you do nothing at all. You’ll still have great sex. But for the seriously insane stuff, take some time out to lust a little.