Galleries come together for a good cause 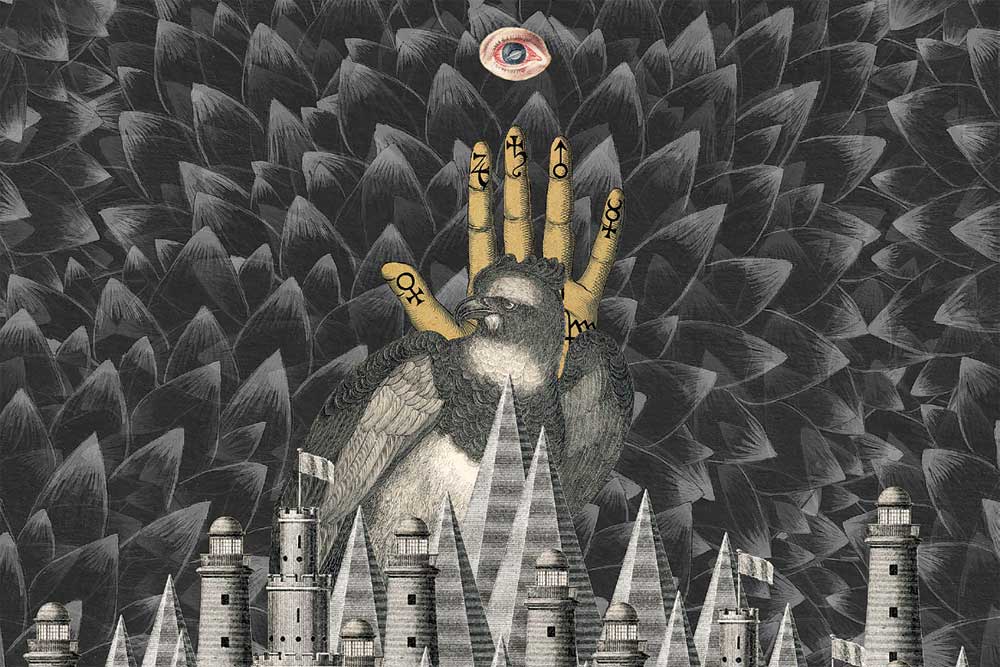 HERE, IN NO particular order, is a list of the last few pieces of contemporary art I remember: an audio clip of Atlantic puffins on a Norwegian coastline; metal bras hanging from a metal clothes hanger. A floor-mat style installation where the artist invites the audience to step on it, voluntarily seeking defacement of his work. An assortment of blood samples—an artist’s statement on equality; a room full of structures made up entirely of photographs, all of which can be realigned to form new shapes; a mango- tree growing project in rural Gujarat; spines of books that could have been; an English-tea-party style installation using broken crockery and lace—an inverted vision of colonial history.

Not all artists come from a painting or sculpture background; some are photographers, some architects, some writers even. Not all artists even physically create their works, as noted in the book The Art of Not Making (Michael Petry, 2011). The artist is the author of the concept, who then seeks assistance in bringing her idea to life, employing a battery of workers: from carpenters, weavers, engineers, to other types of labour. The umbrella term for this is ‘visual art’ although not all of it is visual—the first example cited above was a piece of ‘sound art’ and a comment on the environment and climate change. The works are mostly not pretty—not deliberately anyway, and artists might take offence if you suggest so—and some art might even be unpleasant or terrifying.

In contrast to this world is that of the layperson, or audience. Of which a vast majority naively thinks of art as a painting or sculpture, as things they can beautify their homes with. If the business of popularising or selling art is considered difficult to begin with, imagine selling something to an audience that doesn’t even know what it exactly is.

This divide—the two vast universes between contemporary art and the audience—is one of the central premises that drives the second edition of the Delhi Contemporary Art Week opening soon. Seven of Delhi’s galleries (Latitude 28, Shrine Empire, Vadehra Art Gallery, Exhibit 320, Blue Print 12, Gallery Espace, Nature Morte) that exclusively promote contemporary art (as opposed to galleries that sometimes showcase contemporary art) will come together in a four-day event organised by them. DCAW will also include outreach initiatives for children, art professionals, collectors and others with panel discussions and talks on the art of collecting, maintaining collections, and handling of artworks.

“Unlike traditional or modern art, there is complete absence of government support for contemporary art, which it otherwise gives to traditional and modern arts. Contemporary art movements in India have been completely individual, private or community-driven entities and it is up to us within the industry to keep the interest and buzz going, as we do through talks, pop-up events, panel discussions, auction previews and art nights,” says Bhavna Kakar, director of Latitude 28, who along with Anahita Taneja director of Shrine-Empire, conceptualised DCAW, in 2016.

“The DCAW was a way to position young contemporary artists who get lost in the frenzy of the India Art Fair” – Anahita Taneja, Shrine Empire Gallery

Over the last decade, the India Art Fair (IAF) and Kochi-Muziris Biennale have become important calendar events, with international curators, collectors, artists and other art enthusiasts visiting the country. “They have three days to see everything—and this is also the toughest time to show and promote young artists to them. They come to the fair, and are mesmerised by a Souza or a quirky contemporary piece. With the wavering art market, there is also a tendency for collectors to go for safer bets,” says Kakar, who has been at the forefront of several contemporary art initiatives in the city, such as the Lado Sarai Art Night, an event which clubs together several openings of galleries all situated in a narrow south Delhi lane.

“The DCAW was a way to position these young contemporary artists who get lost in the frenzy of the IAF,” says Anahita Taneja, who along with Shefali Somani runs Shrine Empire Gallery. “IAF offers up the entire gamut of Indian art—from the Modern masters, to contemporary—and there is no focus on any period or genre of art. DCAW creates awareness within the city about contemporary art. It made sense for us to come together. Give it a push under one umbrella, like the Art Thursdays in Mumbai,” says Somani. Whilst the Mumbai galleries participating in Art Thursdays have the privilege of being located in the same area—allowing collectors and curators to make a night of it—many of Delhi’s galleries are located across the city.

This year’s lineup of artists includes those from India, Pakistan, Bangladesh, Iran and Sri Lanka. Tayeba Begum Lipi—whose work marries the soft identity of womanhood with the harshness of sharp metal objects (such as the metal-bra installation) features, as does Anoli Perera of Sri Lanka, whose ‘bricolage’ sculptures (using fragments of texts, objects and painted surfaces, cloth, thread, lace and paper) are comments on “domesticity, body, memory, history, post-coloniality and urbanity”, as she says.

This model of collaborative programming by galleries has worked well internationally, most famously in cities like Berlin and New York, the latter due to the Art Dealers Association of America, which states in its manifesto that the ‘adversarial approach’ to arts promotion has run its course. “We pool in our resources, mailing lists, and bring together an event knowing that X collector who normally comes to our shows may buy something that another gallery sells, which normally they don’t go to,” says Kakar.

Surprisingly, the first year of the exercise was encouraging. “We didn’t know if we would even cover our costs, but we were overwhelmed with the response. We sold each of our younger artists,” says Taneja. Kakar also sold the work of the young Priyanka D’Souza — who uses the language of Mughal miniatures to comment on contemporary politics — to Kiran Nadar, holding it up as an example of what events like this do in terms of highlighting young artists.

Some lessons from the first year were learnt and implemented. For example, the location has moved from a hotel to a more open setting, as contemporary art in galleries can be intimidating. “Last year, we felt there was a buzz, and it worked. There were instances of people who came in and said, ‘We are building a house, so we might want to look at some art for it’,” says Kakar. To the artist eyeing an international biennale, being placed behind a matching sofa might sound a bit terrible, but it’s a start.

(Delhi Contemporary Art Week will run from 27 to 30 August at the India Habitat Centre, Delhi)