Anita Ratnam: The World’s a Stage 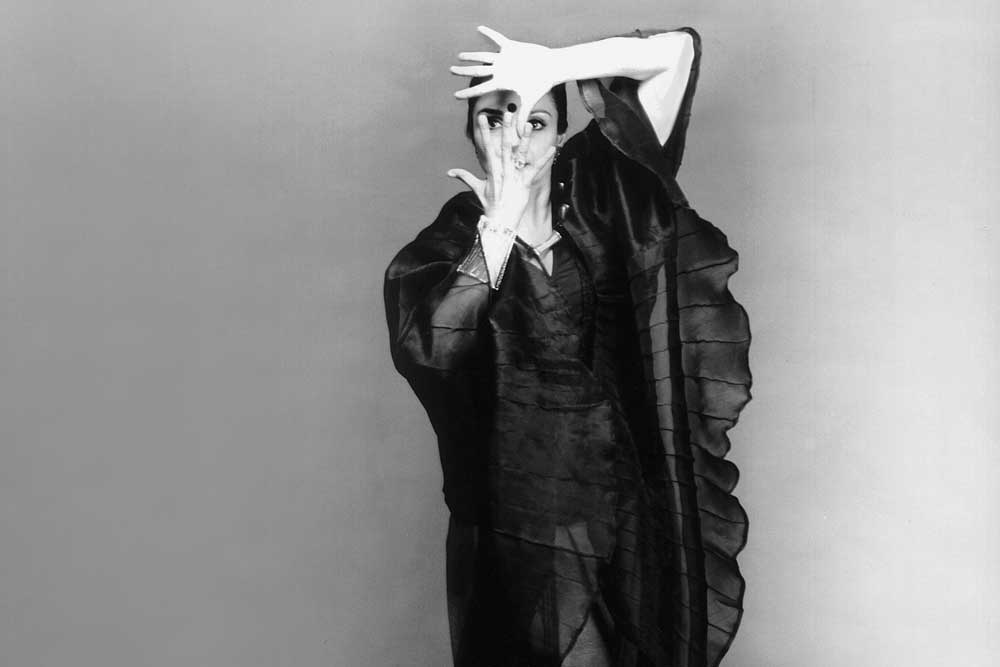 IN THE WINTER of 1988, in New York, a young woman broadcaster was scheduled to interview Shabana Azmi. Even though she was nine months pregnant, she finished her interview. Within a few minutes her water broke and labour pains began. Without panicking, she took a taxi to the hospital where, after a few hours, she delivered a son. ‘This is one interview I will never forget,’ said a note from Azmi, which arrived with a bouquet of red roses, wishing the mother and child good health. This is one of the many incidents that reflect the life of dancer, choreographer and festival curator Anita Ratnam.

To the world of Indian classical dance, Ratnam is a known face. Born into a well-known business family, she, like many girls in the early 60s, began training in Bharatanatyam. Her paternal great grandfather, the entrepreneur TV Sundaram Iyengar, helped debut the legendary Carnatic vocalist MS Subbulakshmi at the inauguration of his shop in Madurai in the 1920s. His son, Ratnam’s grandfather TS Rajam, was the president of the prestigious Madras Music Academy. However, he was a strict disciplinarian when it came to the women in his house. An old-time conservative, Rajam believed that Ratnam shouldn’t perform in public. With the support of her mother Leela and her Guru Rajee Narayan, she debuted at age nine in 1964 at a family wedding. Her grandfather was outraged. “Nobody will marry Anita,” he hollered right after the performance. The young girl heard this comment. She was undeterred, as was her mother. Ratnam also trained in Mohiniyattam under the legendary Guru Chinnammu Amma and Kathakali under Balasubramanian of Kalamandalam. Her major stage debut was in December 1971 when she was barely 16. Three weeks prior to this, Ratnam fractured her toes while playing tennis. The doctors warned severe injury if she did not rest completely. Her mother panicked and rushed her to an indigenous bonesetter in Puttur, Andhra Pradesh. The teenager recovered and at the Music Academy performance, danced before legends like Balasaraswathi and MS Subbulakshmi.

In 1973, Ratnam enrolled as a student at Kalakshetra, Chennai, founded by the renaissance woman of Bharatanatyam, Rukmini Devi Arundale. She says, “Those years the only place to learn the theory about dance was Kalakshetra. I was intellectually curious and wanted to learn the pedagogy of dance and Sanskrit.”

But even in her youth, Ratnam was not easily satisfied and felt classical Bharatanatyam was saturating her thought. She decided to move to New York. Around that time students were given government loans only for courses like medicine, law or research. “I went on a student visa. I was the first person allowed to study dance and theatre according to the RBI guidelines,” she says. In 1975, she was offered admission to the Martha Graham Center of Contemporary Dance in New York, but enrolled and graduated with a Master’s in Theatre and Television from the University of New Orleans instead.

IN THE LATE 80s, Ratnam was a regular face on Doordarshan. Her fans still remember her announcement, “I am Anita Ratnam Raj from New York,” that would open her broadcast. Ratnam often found herself talking about assassinations and bloodshed. She says, “For 12 years, I abandoned the world of classical dance for life and work in the US where I studied TV production and hosted my own weekly show from New York City. It is only after I returned to India that dance reappeared in my life as a healing and rejuvenating force. Now I have combined my management and media skills with the art of creating and packaging for a contemporary audience. I come from a family of business pioneers, of ‘renaissance women’ like my great grandmother and grandmother, and I have it in me to explore, experiment and take risks.”

How can I dance about the beauty of the Ganga when the river itself is dirty and farmers in my homeland don’t have water to drink?

Ratnam went on to establish the Arangham Dance Theatre (ADT). Utilising the movement vocabulary of Bharatanatyam, Kathakali and Mohiniyattam, organically melding it with influences from mythology, theatre, voice training and the tradition of storytelling, she devised a form she calls ‘Neo Bharatam’. As a choreographer, she has devised some of the finest dance-theatre presentations in her style. She defines herself as a ‘contemporary classicist’. While this title raises many eyebrows in the conservative world of dance, her work is refreshing. No other artiste has combined so many allied fields into such thought-provoking presentations. In that sense, she is, as she says, “an intersectionist”, who uses academia and artistry to raise the bar of her field.

“When people see my work, they can tell that it is Indian in spirit but very contemporary in approach. Folk dancers and drummers who dance every evening after a hard day’s work in the fields, traditional temple performers whose lives depend upon serving god during important festivals, actors who fuse movement with voice culture, young performers and students all over the world who want to learn new movement and the dynamics of cultural memories embedded in our South Asian bloodstream—these are the artistes who are the focus of my work,” she says.

In 2000, Ratnam went on to launch Narthaki.com. Under the editorship of Lalitha Venkat, it has become the bible for Indian classical dance online.

Ratnam has also played an active role in reviving the 13th-century ancient temple ritual theatre tradition of Kaisiki Natakam in her ancestral village of Thirukkurungudi in Tamil Nadu. After a 50-year hiatus it had its first all-night performance in November 1999 in the ancient temple premises of the village. Since then, year after year, on the night of Kaisiki Ekadasi, thousands of devotees throng the temple to catch the theatrical performance. The silent village of Thirukurungudi springs to life for this one night. The story of how a pious Brahmin redeems himself from a curse by borrowing the merit of a low caste devotee is enacted with great pomp. It was Ratnam who traced the last of the Devadasi families who performed it for centuries and revived it to its present stage.

As a cultural revivalist she has also brought attention to the Vaishnavite theatre tradition of Araiyar Sevai. An almost-extinct 10th century elaborate mime and movement style performed by Vaishnavite priests, this form is one of the best indicators of ancient temple theatre traditions in the Tamil-speaking regions. Practiced by families of Araiyars, the art form is handed down generation after generation from father to son and guru to student. As a board member of the Sangeet Natak Akademi, Ratnam got this art form due State recognition by honouring its practitioners. She says, “I call myself a cultural activist because I believe in my culture. My culture doesn’t mean just the performing arts. To me it stands for finding out about my roots and knowing who I am. And the classical arts are a very vital part of our culture.”

She has also been seminal in curating some of the finest international festivals of dance. She ideated ‘The Other Festival’, which brought in a freshness by including a younger generation of dancers, when most of the sabhas in Chennai hadn’t presented anything new in decades. By curating thematic festivals in the heartland of Bharatanatyam and bringing in a varied artistes, she triggered a new brew of ideas.

Ratnam has the knack of discovering the finest talent, be they dancers, musicians, designers, choreographers, and collaborating with them to promote their skill. Some of the young talent she spotted early on are established names in their own fields today. “Anita is one of the boldest and most sincere collaborators I’ve had. She is stubborn when it comes to what she needs out of a process,” says pianist Anil Srinivasan. “In every topography we have mavericks who push the bar and create change. They disturb the landscape sometimes and open possibilities. She is one of those.”

Recently at the India International Centre in Delhi, Ratnam presented her choreographic work ‘A Million Sitas’ to a packed hall. Now in her early sixties, she continues with her hectic schedule. “To keep dance as my companion for life adds to my personality. It adds to my identity as a woman and as a human. I wanted my performances to reflect my thoughts on events in society. I didn’t want to get into the usual tropes of flag- waving activism. How can I dance about the beauty of the Ganga when the river itself is dirty and farmers in my homeland don’t have water to drink? I want to take my experience and put it on a platform,” she says. “I love dance despite all the irritants. The pressure to give up is high. Dance has never been enough to contain me. My challenge is to have a wider voice, not just in dance but in society.”