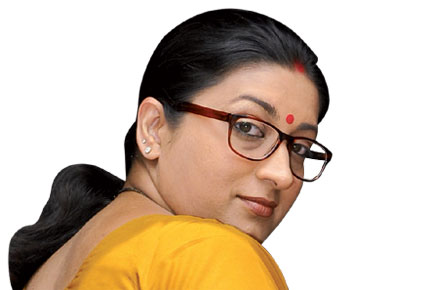 The Human Resources Development Ministry decided to do some grandstanding on Sanskrit. It decided to replace German with Sanskrit as a third language option in Kendriya Vidyalaya schools and raised suspicion that this was part of a larger saffronisation agenda. The HRD Minister Smriti Irani argued that the introduction of German in 2011 as a third language was itself a violation of the Constitution. Also, that German will continue to be taught as a foreign language. The issue got enough publicity for German Chancellor Angela Merkel to discuss it with Narendra Modi when they met at a G20 summit.

For Carnatic music fans, the death of U Shrinivas in September from liver failure was shocking. He was just 45. A child prodigy, he had chosen an unusual instrument in the mandolin and had been performing since the age of 9. Equally shocking was the death of Nandu Bhende in April for followers of rock music. He was 58 but had been a seminal figure in the Indian rock scene since the 70s. Kathak danseuse Sitara Devi too left a vacuum in the world of Indian dance after she passed away at the age of 94. It had been a long and illustrious life devoted to her art with plaudits from people like Rabindranath Tagore.

Vijay Seshadri won the 2014 Pulitzer Prize for Poetry for his collection of poems 3 Sections. The jury awarded it for being ‘a compelling collection of poems that examine human consciousness, from birth to dementia, in a voice that is by turns witty and grave, compassionate and remorseless.’ Seshadri was born in India and moved to the United States at the age of five. He teaches writing now and had long been associated with the New Yorker magazine. One of his poems ‘The Disappearances’ was published by the magazine on its back page after the 9/11 attacks of 2001.

Christie’s held its second auction in India and sold a Tyeb Mehta painting for Rs 17.5 crore. It was about Rs 5.5 crore more than what the auction house was expecting, but overall its sale garnered less than last year. In its first auction here, it had collected Rs 96 crore. The auction this year saw the total figure decline to Rs 75 crore. This included an FN Souza painting going for Rs 7.4 crore and a 1998 Gaitonde work going for Rs 5.5 crore.

An 84-year-old retired school teacher Dinanath Batra got Penguin to withdraw and pulp all copies of The Hindus: An Alternative History. Later he got publishing house Aleph to review On Hinduism, but it negotiated to keep it in print. His attention then turned to text books. In June, the Gujarat government made six of his books part of the school curriculum. These books included tips like not blowing candles on birthdays as it was ‘Western culture’.

An anonymous street artist peppering the walls of Kerala’s cities with graffiti art is being hailed as the Indian Banksy. It first appeared before the Kochi Biennale in 2012 and is timed for the same event this year, is a counter to the art festival. In an interview, the artist said, “I don’t agree with the philosophy of the Biennale where one person chooses who the artists are who will showcase their work at the Biennale. I feel this is a kind of a restriction of art.”

A Millennium for DDLJ

On 12 December, Dilwale Dulhaniya Le Jayenge completed 1,000 weeks of continuous screening for the matinee show of Maratha Mandir theatre in Mumbai. The movie marked Shah Rukh Khan’s entry into the superstar club, and for a generation of teenagers, remains a definitive romance. Celebrations and nostalgia marked the occasion. A commemorative book was released, the cast came together on television shows and a jewellery brand even launched pendants. On Twitter, feminists railed against how regressive the movie was for its affirmation of patriarchy.

2014 was the year when political memoirs came into their own in India. One Life Is Not Enough had former Congressman Natwar Singh speaking of why Sonia Gandhi did not become Prime Minister. There was The Accidental Prime Minister, in which Sanjaya Baru, recounting his days as media advisor to former Prime Minister Manmohan Singh, painted a picture of a weak leader. Former coal secretary Parag Parikh and former Comptroller and Auditor General Vinod Rai came out with books which touched on the coal allocation and 2G scams. Journalist Rajdeep Sardesai, too, wrote one on the 2014 election. President Pranab Mukherjee is the latest entrant to this club.

The man who took yoga to the West, BKS Iyengar, passed away in August. He was 95 and, thanks to his practice, in excellent fettle for almost all his life except for the time he had a scooter accident. His pupils ranged from Yehudi Menuhin to Sachin Tendulkar. And he remained an ardent practitioner till the very end, spending hours perfecting asanas, even in his nineties. He was a critic of quick-fix television yoga. He also introduced props into yoga practice so that beginners of all ages could learn the art. Everyone— old, young, disabled and ailing—could do yoga, he said, but they need to put in years of practice and dedication.