Another Coming of Age• The Fury of a Talent Scorned 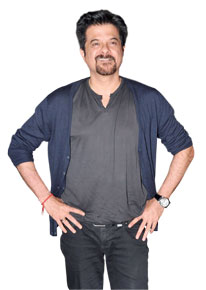 Echoing a sentiment expressed by many cinephiles when the National Awards overlooked Tabu’s riveting performance in Haider recently, Irrfan Khan has said he finds it hard to take any Indian awards seriously. Pointing out that Tabu’s conflicted portrayal of Haider’s mother was the glue that bound Vishal Bhardwaj’s film together, Irrfan has said that award juries ought to acknowledge actors “who bring something new and original and unique” to their films.

It’s no secret that Irrfan has a soft spot for the abundantly gifted actress with whom he has previously worked in Bhardwaj’s terrific Maqbool, and then in Mira Nair’s The Namesake. Apparently Tabu agreed to take a small role in Meghna Gulzar’s forthcoming film Talwar (produced by Bhardwaj) primarily because Irrfan coaxed her into doing it. Playing the wife of Irrfan’s investigating officer character in this recreation of the Aarushi Talwar murder case, Tabu reportedly had only a few days of filming for this part. There has been some speculation lately whether her character will even make it into the film’s final edit, given that it is only a supporting part and one that may not be integral to the plot. But, convinced that her presence in the movie would give it more gravitas, Irrfan and Bhardwaj wooed Tabu relentlessly till she agreed, reportedly.

Another Coming of Age

It’s Anil Kapoor, over the rest of Zoya Akhtar’s starry cast, who appears to have drawn the most attention in the Dil Dhadakne Do trailer that went live recently. Packed with a mini stampede of A-listers including Priyanka Chopra, Ranveer Singh, Farhan Akhtar and Anushka Sharma, the trailer quickly broke records for the number of views it generated, but most of the conversation online centred on the Ram Lakhan star and his ‘maturing’ into a patriarchal figure, complete with grey- dusted hair. The actor himself is reportedly ecstatic with all the noise, particularly pleased that the media has once again applauded him for embracing his age in a business where male stars over 50 frequently romance heroines in their twenties without any concern for how lopsided that whole concept is.

A source within the film’s unit, however, reveals that the makers of Dil Dhadakne Do are mildly amused by Anil’s enthusiastic response, given that he had to be convinced over months to do the film. He allegedly hemmed and hawed and kept the makers hanging for close to four months. “He loved the role the moment he read the script, but he wasn’t sure he was ready to play Priyanka Chopra’s father,” the insider explains. Anil, after all, has starred romantically opposite actresses like Kareena Kapoor and Katrina Kaif who’re PC’s contemporaries. But it was producer Ritesh Sidhwani and Zoya who apparently asked him to look at the bigger picture; it was an ensemble piece with a juicy role for him. Anil bit the bullet in the end, but was disappointed that his leading lady of many films, Madhuri Dixit, declined the role opposite him citing the exact same reason— she just didn’t want to play Priyanka Chopra’s mum. Not even Anil could convince her to change her mind, apparently.

The Fury of a Talent Scorned

So it turns out that a respected film director whose ambitious film tanked at the box office recently may find himself in a legal wrangle by the time you read this. There is some gossip doing the rounds that a female technician involved with his last film is seriously contemplating legal action against the filmmaker for his unwillingness to pay her the fee that he’d promised her for the project.

The technician’s work on the film was one of the big strengths of the movie in question, and the director himself has repeatedly praised her contribution in interviews leading up to the film’s release. But she has alleged that he did not pay up the final portion of her fee, and when she approached the studio that released the film to intervene, it reportedly sent her packing, insisting that her contract was with the filmmaker (who is also the film’s main producer) . She has apparently told friends that she will approach the concerned labour unions to sort out the matter, and has expressed disappointment over the filmmaker’s indifference.