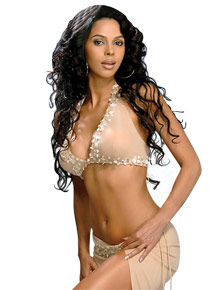 When Karan Johar announced he had decided to produce a remake of Agneepath, everyone in Bollywood, including the Bachchans, assumed he’d cast Abhishek in the role made famous by his father in the 1991 original. Johar had other plans. Karan Malhotra, who will be directing the update, was keen to have Hrithik Roshan play Vijay Dinanath Chauhan, and his producer liked the sound of it.

Rumour has it that Abhishek even messaged Johar, his childhood buddy, when he read that a remake was being planned, and asked if he should block his dates. Johar sidetracked him, claiming the film wasn’t a ‘go’ project, merely an idea he was exploring. Meanwhile, he had Malhotra furiously working on a script. Shortly after the script was ready, Johar packed him off to Spain, where Hrithik was shooting for Zoya Akhtar’s film. The plan worked: Hrithik greenlighted the project. According to the grapevine, the Bachchans aren’t thrilled that Abhishek wasn’t even considered for the role.

The film is now expected to release next year, with Hrithik and Priyanka Chopra in the lead roles. Nana Patekar has been roped in to play an important supporting character, and for the film’s chief villain, they have an unlikely face in mind: Rishi Kapoor. If he does say yes, it will be Kapoor’s first entirely unsympathetic negative role, and he will sport a near-bald look for the film.

With solid actors like Hrithik Roshan and Rishi Kapoor attached, the Agneepath remake is already looking far more interesting than the Bachchans would have liked!

Money Can Buy a Superstar

A leading television channel recently approached this popular yesteryear star to participate in their flagship reality show, and the actor instantly agreed. They were offering him a princely sum, and it was a chance for him to pop back into public consciousness. After all, the show involved a dozen odd celebrities spending 12 weeks inside a closed home fitted with 50 cameras.

The actor is estranged from his beautiful wife, and maintains a cordial but distant relationship with his daughters. Industry insiders say his elder daughter was mortified when she learnt her father had agreed to appear on the show. She tried talking him out of it, but he refused. The daughter urged her husband, a current Bollywood star, to drill some sense into her father’s head. He’s believed to have offered his father-in-law double what the channel was paying him to turn down the offer.

Earlier this week, when the television show went on air, the former superstar did not appear as one of the participants. Who says you can’t buy peace?

Mallika Sherawat isn’t likely to win a congeniality award anytime soon. The actress, who recently returned from a long stay in Los Angeles where she’s seeking out American film projects, has rubbed more than a few people the wrong way on the sets of Double Dhamaal.

For one, the film’s male lead, Sanjay Dutt, has been complaining to anyone who’s willing to listen that Mallika is playing spoilsport by insisting she won’t do any exposing scenes in the film. “What was the point in casting her in this movie then?” Dutt grumbles. “She thinks people are going to come to see her performance in the movie? She’s lost the plot!”  Meanwhile, unit hands say it’s not just Dutt who is upset with Mallika, but also the film’s second heroine, Kangana Ranaut. Apparently Mallika gave Kangana the cold shoulder on their first day together on the set, and has repeated that behaviour ever since.