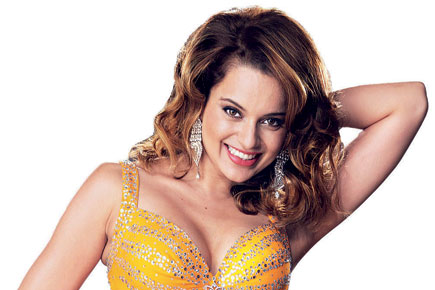 Gone are the days actresses got into catfights or gave each other dirty looks from across the room if they turned up at the same occasion wearing similar outfits. At Deepika Padukone’s Black & Gold party last Saturday, held to celebrate her blockbuster movie year, Gangs of Wasseypur’s Huma Qureshi and Student of the Year’s Alia Bhatt reportedly burst into a fit of uncontrollable giggles when they realised they’d shown up wearing the same black dress.

The two ladies complimented each other for their impeccable taste and sportingly clicked a cheek-to-cheek selfie that Huma later posted on her Twitter account: ‘Feeling like twin sisters and not ashamed! #samedress #selfie @aliaa08 and I..’

Meanwhile, this remarkably well-attended bash saw only a handful of A-listers missing, including the Bachchans, Salman Khan, Ranbir Kapoor and Katrina Kaif. Among Deepika’s gal-pals, only Priyanka Chopra, Sonam Kapoor and Vidya Balan didn’t make it because they were all shooting out of town. From Aamir and Shah Rukh to Ranveer and Shahid and Arjun, every other biggie stopped by to celebrate Deepika’s unprecedented success.

Kangana Ranaut, who told me in an interview recently that she hasn’t enjoyed 80 per cent of the film making experiences she’s had until now, revealed that she’s finally looking forward to a movie of hers. In Chillar Party director Vikas Bahl’s Queen, Kangana stars as a simple North Indian girl who ‘finds herself’ when she takes off solo for her European honeymoon after her marriage is called off at the eleventh hour.

It isn’t so much the part or character that she swears by, but the process and experience of making the movie that she insists she thoroughly enjoyed. “People didn’t treat me with a lot of respect on many of the movies I made,” she told me. “It was probably my own fault. I was a pushover, and I was always embarrassed and scared to put my foot down.” It was after the success of Tanu Weds Manu in 2011 that she began to be seen as a bankable star, which led to offers like Krrish 3 and Queen coming her way.

“When Vikas approached me for Queen, he didn’t have a script in place. He only had an idea and said he’d flesh out the script if I’d agree to do the film,” she recounts. What followed was a “beautiful collaboration”. Director and muse developed the script “organically”, she insists, explaining that Vikas allowed her to layer her character with quirks and emotions that came naturally, and even gave her a free hand to write her own lines.

When the film opens in February, Kangana will receive a dialogue credit for her contribution to creating this part. “I know this isn’t the usual way of working, but I felt empowered and responsible for my character for the first time in my career. And I can’t imagine not working like that anymore,” the 26-year-old actress says.

Taking Matters Into His Own Hands

This young male actor who burst onto the scene some years ago, showing considerable promise, appears to have realised that it’s a difficult world out there. After a rough patch recently where his films didn’t work, ambitious projects got shelved, and newer ‘more promising’ actors landed movies he was being considered for, our gentleman in question is now reportedly rebuilding his career by creating opportunities for himself. Once considered the great big hope for indie cinema, the actor shone in his early films with reputed indie filmmakers. But they moved on to more saleable stars who were willing to dabble in their kind of cinema for street cred. That left this guy mostly jobless and bitter.

Smartly, he’s turned producer, has a new movie coming out opposite his actress girlfriend, and is currently involved in at least a handful of projects that he’s been developing himself. At the International Film Festival of India in Goa last month, he could be spotted in meetings with international sales agents and studio reps, working out co-productions and exploring new opportunities. At least one project between his company and a UK-based film producer was announced during the festival.

Yet it’ll take a few hits before things begin to look up for him. Abandoned by the very directors who delivered their early successes with him, he’s said to be looking for a newer batch of filmmakers whose movies he could add value to. An Indo-American film he shot for, in which he plays second lead to a Hollywood B-lister, should also release soon. Perhaps a career revival is not a distant dream after all.