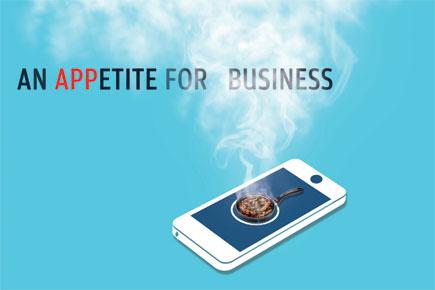 About six months ago, while doing a story on food startups, I had gone to the office of TinyOwl, then the favourite of the venture capitalists in that space. Whenever you saw TinyOwl’s name in the business papers, it was always about a fresh round of funding. The office, including its CEO, was young and the average age wouldn’t have been more than 25 there. Interviews were happening round the clock to man its various operations ranging from delivery to call centre. Last week, TinyOwl made headlines for one of its founders being held ‘hostage’ by its employees in the Pune office after a round of layoffs.

Zomato, another company that I spoke to, was an even bigger poster boy for millions pouring in as investments. They too are seeing large lay-offs. The Mint newspaper recently carried a story on Foodpanda, the largest startup in the food delivery space, showing in stark detail the mess it had got itself into in its bid to expand fast. The brave new world of m-commerce and food apps is imploding.

Some of it is predictable. All new businesses, which have access to easy finance, tend to overspend to capture the market. In the startup space this is known as customer acquisition. The term is like many of the jargon that managers throw around to rationalise what are essentially subjective calls. In a world of a 100 mobile phone apps at your finger tips delivering food, is there any sense in assuming that you will have a captive customer? You will get a customer for a discount and, when he orders the next time, he will go to the next app that gives a discount. So, the solution to the problem is a relentless bribing of the customer to remain your customer and that takes a stream of never- ending finance. Even a small squeeze in the tap means an immediate crisis. Which is what these app-driven startups are going through?

The biggest example of never putting your faith in the customer’s loyalty is the fate of Orkut 10 years ago when it had almost all of Indian social networking on its platform. And this is one where a customer was actually captive because all his friends were also on it. And yet, within a span of a year or two, India had firmly veered towards Facebook. You just can’t acquire a customer, at least not in a short span of time—it would be more sensible to give a good product or service and then, like traditional businesses, allow the passage of time to make it a habit.

It is not just food delivery. Any business that says it does not believe in making profits—or that they can make profits whenever they choose to but have decided not to—is either lying or in the middle of a bubble. The startup space is a bubble that is in the middle of an explosion. A few could make it through the bloodbath of the next few years and become the Indian equivalent of Amazon or Uber. But to do that they would also have to compete in India with Amazon and Uber who have actually created the models they are imitating and have deeper pockets. Who do you think has a greater probability of surviving?