‘People Are the Nation’

People who share a sentiment about a nation, a common history and a common set of values 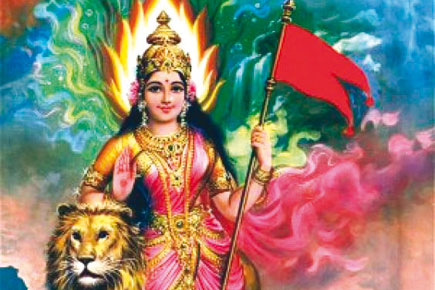 People who share a sentiment about a nation, a common history and a common set of values


In my piece titled ‘Take the Blame for Babri Demolition’, published in Open of 29 October, I hinted at the distinction between a state and a nation. I was prompted to write about this when I read Hartosh Singh Bal’s article, titled ‘Who Says We Can Move On’, published in Open (15 October). The learned writer says: ‘The Sangh Parivar prescribes a nationality based on the notion of a motherland; my nationality is based on the values enshrined in the Constitution. The Sangh Parivar prescribes a nationhood based on a shared history of millennia, my loyalty lies with the India created on 15August 1947.’

My question: what was newly created on 15August 1947? A new ‘State’ or a new ‘Nation’? I quote from Ernest Barker’s Principles of Social and Political Theory: ‘The State is a legal association: a ‘juridically organised nation, or a nation organised for action under legal rules.’ It exists for law: it exists in and through law: we may even say that it exists as law, if by law we mean not only a sum of legal rules, but also, and in addition, an operative system of effective rules which are actually valid and regularly enforced. The essence of the State is a living body of effective rules; and in that sense the State is law.’

Now I want to take my readers back at least 5,000 years to the time of The Mahabharata. King Yudhisthira asks his grandfather Bheeshma whether the king, the kingdom, punishment, the agency of punishment were in existence at the beginning of the world. Bheeshma’s answer is well known. He says, “No, in the beginning, there was neither the king nor the State; neither the law of punishment, nor the Government. People used to follow Dharma (i.e., a fixed moral code) and through that they protected one another.” Yudhisthira again asked, “How then did that system collapse?” Bheeshma replied, “Dharma became feeble. The strong started tormenting the weak. So the people went to the Lord of Creation and requested him to send them a king.” But no one was prepared to take on that responsibility. After much persuasion, Manu agreed to become the king and the people promised him that they would honour and follow his decrees and accept any punishment for violations. Thus the State, that is the king and his rule, came into being. In short, the State means a system of laws, in support of which the Government with all its force stands. The Constitution is the primary law of the State. I will even say it is the fundamental law, but, after all, it is a law validated by the exercise of State power.

This is not to deny that our Constitution enshrines a certain value system. But that value system is a reflection of our national character and ethos. Why is it that our neighbour Pakistan or Afghanistan or Iraq do not have such a constitution? Simply because their idea of a ‘nation’ does not cherish such values. So, then, what is a ‘nation’?

I quote French thinker Ernest Renan: ‘It is not soil any more than the race which makes a nation. The soil provides the substratum, the field for struggle and labour: man provides the soul. Man is everything in the formation of this sacred thing that we call a people. Nothing that is material suffices here. A nation is a spiritual principle, the result of the intricate workings of history; a spiritual family and not a group determined by the configuration of the earth.’ He adds, ‘A nation is a soul, a spiritual principle. Two things which are really only one go to make this principle. One of these things lies in the past, the other in the present. The one is the possession in common of a rich heritage of memories, the other is actual agreement; the desire to live together, and the will to continue to make the most of the joint inheritance. Man cannot be improvised. The Nation, like the individual, is the fruit of a long past, spent in toil, sacrifice and devotion.’ (Ernest Renan: What Is a Nation, quoted in Modern Political Thought by William Ebenstein.)

In short, a nation is not a system. People are the nation. What sort of people constitute a nation? There are three major requirements. One is their sentiment about the country in which they live, the country that has been the substratum for their struggle and labour. Any piece of land is simple matter, and therefore inert; it becomes a living entity when it becomes a motherland, as adorable and sacred as one’s birth-giving mother. And, therefore, revered Bankimchandra can say ‘Vande Mataram’, which inspired the millions who fought for our Independence. True, it is a notion, but it is a valued notion, required to hold together people of different hues, perceptions, faiths and persuasions.

The second condition is a shared history. Is it a drawback that it is a millennium old? And the third is a shared value system, i.e., culture. The third requirement is the most important of all the three. We adopted a value system that appreciates plurality, tolerates differences of opinion, and values different modes of worship. These are our national values and they are enshrined in our Constitution.

Ram is one such historical personality that embodied these values. I said people are the Nation. Who are the people who fulfill these three conditions? They are Hindus; therefore, this is a Hindu nation. It has nothing to do with whether you are an idol-worshipper or not, whether you believe in the ultimate authority of the Vedas or not, whether you put a mark on your forehead or not. In pre-Independence India, the word Hindu had no notoriety attached to it.

Look at the writings of Vivekananda or Mahatma Gandhi. A nationalist paper, started 125 years ago, was named The Hindu. Hindustan was a common name for our country. It is post-Independence vote-bank politics that has showered abuses on ‘Hindu’. Let us be proud of our nation, our value-system, our name Hindu, whose cultural heritage was instrumental in determining the character of our Constitution.