How good is Mahendra Singh Dhoni as a captain, really, and how much is plain damn luck? 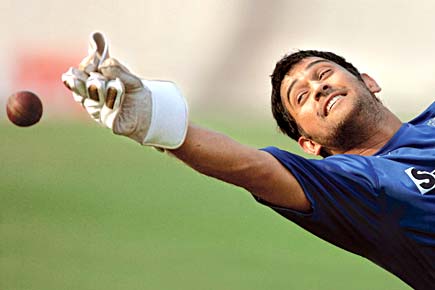 How good is Mahendra Singh Dhoni as a captain, really, and how much is plain damn luck?


A charge has been insidiously chasing India’s cricket skipper ever since he took over. Initially, they were whispers, then murmurs, and then came incredulity. Who is this guy? Can he never fail?

Even when he loses a toss, the opposing captain usually takes a decision that ends up favouring India. When India is in a tight spot, with the other team about to cross the batting target set, good batsmen inexplicably lose their nerves and try wild stuff that gets them out.  The burden of the second most important job in the country has undone many batsmen better than him, but Dhoni seems to be totally unaffected; indeed, his batting average has crept up slightly after he started to lead the team. He keeps wicket marvelously, bats like an inspired brute, he captains, and he still looks cheerful. Son of a public sector firm’s officers’ colony pump operator, he is today the world’s highest-paid cricketer. Surely, Mahendra Singh Dhoni was born under a special star? Is he the luckiest man on earth?

But as someone said, luck is the speed with which one answers the door when opportunity knocks, just that once. Dhoni was allowed that first opportunity, when he was selected to pay an ODI against Bangladesh two days before Christmas in 2004. And then it all started: the big hitting, the great keeping, the legend of Mahi: his hairstyle, his dogs, his motorcycles, the palace he is building, even a death threat. With captaincy came new on-field revelations. His unflappable demeanour spawned a new twist to the mythology: Captain Cool. It’s now a term commonly uttered by TV commentators.

Today, he is almost certainly the most loved and admired cricketer in India.

So what’s with Dhoni? The Indian cricket team has clearly regained the spunk and attitude that were its hallmarks during Sourav Ganguly’s heyday. Yet Dhoni’s captaincy style is totally different from Ganguly’s. As a friend put it succinctly: “Ganguly captained like a monarch, there was no question that his and no one else’s writ runs. Dhoni’s is a much understated style.”

Dhoni’s greatest skill, everyone agrees, is man management. Players like Tendulkar and Dravid, who have been playing for India since the days when Dhoni was in shorts (Dhoni was eight when Tendulkar made his debut, and 14 when Dravid turned out for the country) don’t have any problems playing under him.

No Indian captain ever empowered his teammates like Dhoni has. For instance, on the field, it’s more likely to be Zaheer Khan and not Dhoni who advises the other fast bowlers. Dhoni recognises the skill sets his people have, and utilises them to the hilt. There is no use of abuse by the captain on the field, maybe just a glare or two, very infrequently. Criticism is left for after the game.

As a result, each player, even those on the bench, have equal ownership of the team, as much as Dhoni. Like Steve Waugh’s great Australian team, this team too often looks like they believe they can’t lose.

There is something gracious but instinctive about some of the things the man does. After winning the Twenty20 World Cup, as he was walking off the field, he took off his jersey and gave it to a child. Fine. But he did not just give it, as we have seen so many soccer players do. He helped the child put it on. In Ganguly’s last test match, he handed over the captaincy to him six overs before close of play. When he went up to receive the Border-Gavaskar Cup, he made sure Anil Kumble, who had captained in the first two tests, came with him; they took charge of the cup jointly. I think that these are gestures that show that in a world where “gamesmanship” is the norm, Dhoni is a sportsman.

As a batsman, he has strategically changed his style after becoming captain. The earlier Dhoni batted like a mass murderer. At times, the follow-through speed of his bat after a mighty heave touched 180 kmph, which is faster than any fast bowler in history has bowled. If it had been less strong a man, he would have either fallen over or dislocated his shoulder. Teachers at Jawahar Vidya Mandir in Ranchi still recall the number of windows he broke there as a schoolboy. But Captain Dhoni is a more circumspect hitter. He has cut down on the lofted shots and revels now in the ones and twos.

Actually, this seems to be the only way captaincy has changed him, and it only indicates his maturity. A Sehwag as captain perhaps wouldn’t have done so, though Dhoni and he are alike in the sense that the two men would fearlessly go after any target. More than anyone else in the team perhaps, Dhoni and Sehwag would not think that a successful run chase of 400 in a 50-over match was impossible.

Of course, luck helped. First of all, his choice of parents. Pan Singh worked in public sector engineering company Mecon. The company is the patron of the school in Shyamali, its officers’ colony, and the children of all its employees get a free—and excellent—education there.

Had Pan Singh been in some other job, his son would not probably have had access to a full-sized cricket field, coaches and quality English-medium education. And Dhoni made the most of it, playing, in addition to cricket, soccer, badminton and table tennis, besides being the school’s athletics champion. If it were not for the benevolent policies of the public sector, Dhoni could well have turned out to be an unknown peon in a Ranchi office.

So little Dhoni seized the chance offered to him, and since then his life has been a bullet hurtling towards the bull’s eye that he chose from among his possible destinies. Luck? Yes. But much much else besides that.

And our man, if stories are to be believed, doesn’t take chances with luck. Apparently, he practises the toss with the typical ICC coin that is used for the toss in international matches, just to figure out which side is more likely to come up on top. I am sure this story is apochryphal, but it would be entirely in keeping with the way Dhoni appears to think about his game, and his graceful ambitions.