On a Wing and a Wafer

Stories from a life of covering sport 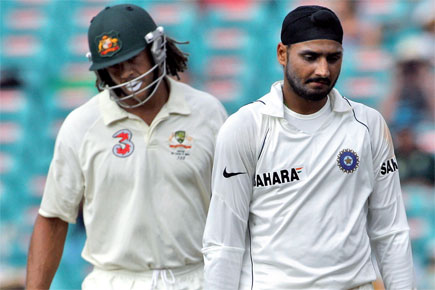 Stories from a life of covering sport


Encounters with US immigration officials are, well, encounters, especially for us South Asians between 30 and 40. We are inevitably picked up for special screening and body checks. Call it racial profiling or coincidence, the experience is never pleasing and I always avoid travelling to the US for this reason.

On my way to the Caribbean to cover the 2007 cricket World Cup, I was to give the Earl S Johnson memorial lecture at the University of Chicago. The date of the seminar overlapped with India’s first game against Bangladesh, and I planned to be in Jamaica in time for India’s third game—a match against Sri Lanka, and as it turned out, India’s last. Just a couple of days before I reached Chicago, news of the mysterious death of Bob Woolmer had shocked the cricket world. All kinds of conspiracy theories were doing the rounds.

The inevitable first question at O’Hare airport immigration: how long was I going to be in Chicago? A week, I said, and got a curious glance from the man in charge. He looked surprised that I’d be leaving so soon.

“Where will you go from here?” he asked.

“Jamaica,” I said. I had no idea what this answer would lead to.

“Do you know about the death of the Pakistan cricket coach? Do you know who did it? What really happened?” I was beginning to get annoyed with this line of questioning, but just said ‘no’.

The officer, however, refused to give up. “I am sure you have some idea what happened. After all, the drug mafia and betting syndicates are really active in your part of the world.”

I snapped. I asked him what business he had asking me these questions and what he was trying to insinuate. I told him I had taught at University of Chicago for four years and this was my 20th visit to the US in the past five years. The man relented but not before a final snide remark, “Who knows what you’ll be up to in Jamaica?”

This was how my Caribbean adventure started in 2007. And it was downhill all the way. I reached the West Indies hoping India will beat Sri Lanka and make it to the next round. For only then would the trip have any meaning. My writing and television assignments hinged on India progressing to the second round and an early Indian exit would mean I would be all dressed with nowhere to go. When India did crash out, the first thought was to cancel the rest of the trip. But the hotel booking had been made non-refundable overnight seeing the deluge of cancellations from all across the world. The only highlight was Brian Lara’s last press conference with daughter Sydney in tow and his rather unexpected declaration of retirement. It had given the tournament a brief lease of life back home and eventually all I did was laze on the beach, listen to some excellent local music, eat at all the restaurants in the beautiful Lawrence Gap and visit Oistins fish market over the weekend. It was a bizarre World Cup.

If the World Cup 2007 experience was the height of inaction, Monkeygate 2008 was the other extreme. Every minute was intense, a journalist’s delight. Never have I in my career covered an Indian cricket team’s press conference at 5 am. I did so in Sydney in January 2008. It was a sleepless night for all touring Indian journalists. The scheduled hearing of charges—that he had made racist remarks against Andrew Symonds—against Harbhajan Singh involved Sachin Tendulkar, Harbhajan himself, Anil Kumble, India team’s media manager Dr MV Sridhar and match referee Mike Procter. It went on forever—till 1.30 am, for the record, and by the time it got over, we were all famished. There are no restaurants in the vicinity of the Sydney Cricket Ground (SCG), and all we had by way of nourishment was a packet of chips, which was being passed around between 35 or so Indian journalists. Each of us managed a solitary chip for dinner.

After the hearing was over, we returned to the hotel to file our reports and take a short break before resuming battle in the morning. However, just as we stepped into the coffee shop for a bite, I got a call from Dr Sridhar telling me about Bhajji’s suspension. Mike Procter had announced his verdict and Bhajji had been found guilty. Dr Sridhar proposed an immediate press conference and asked if I thought Indian journalists would be able to make it at that late hour. I said we would all be there; it was time to stand behind the team. With the rest of the team sleeping, the manager addressed the press at 5 am, saying India condemned the verdict in the harshest of terms and the team management was awaiting further orders from the BCCI. Just about twelve hours had passed since we had lost the Sydney Test on account of eight umpiring howlers, and now this. The story was just getting bigger and better.

As the clock struck 8 am, the players started to amble into the hotel lobby to put their kits in the team bus. The team was to leave for Canberra after breakfast for a tour game before the third Test at Perth. Soon after, the players were informed that they weren’t going to Canberra, and the BCCI was deliberating if the tour would actually go on. The BCCI also wanted Steve Bucknor removed and was awaiting the outcome of their application to ICC CEO Malcolm Speed, who was in Melbourne at the time. Meanwhile, the team decided, partly as a show of solidarity, to go to Bondi beach to play volleyball. A huge media contingent followed the team bus to the beach. As they played, we had a fabulous seafood meal at one of the restaurants. It was our first meal in nearly 30 hours.

Things moved with the ICC agreeing to remove Bucknor and I managed to fix an interview with Speed to understand his side of the story. I met him at the Cricket Australia office on Jolimont Street in Melbourne the day after and here is what he said for a start, “I am involved in a fifteen round boxing bout with India and we have just reached round five.” Monkeygate was far from over.

In such a charged atmosphere, a temporary truce was called with Ranjan Madugalle flying in as peacemaker and getting the two captains to shake hands at Perth, the venue of the next Test. India had been written off by the Australian press. But an unfancied Ishant Sharma bowled the spell of his life and got the Australian captain to hop, skip and jump on the last day of the WACA Test. India won a fairytale contest. The team management sent the media contingent a bottle of Champagne and Man of the Match Irfan Pathan came over to uncork it.

The other experience that is hard to forget occurred at the 2012 London Olympics. The tennis competition was conducted at Wimbledon and the organisers, fortuitously perhaps, had kept just one entrance for the media and the players. Wanting to watch Roger Federer play on Centre Court, my colleague Hector Kenneth and I went along to the Big W, only to be greeted by a persistent London drizzle. The rain was showing no signs of letting up and all matches had been suspended. Bored, I suggested we check out the Olympic store inside the venue. As we stood waiting in the queue outside, Novak Djokovic came and stood behind us. Hector got fidgety and wondered whether to let him pass. The polite Djokovic would have none of it. He insisted we go through ahead of him and asked Hector how an Indian journalist wasn’t covering Indian action at the Olympics. He also checked who the possible medal contenders were and if the Indian challenge in doubles and mixed doubles was still alive. Not always do you get an opportunity to make small talk with the world’s number one tennis player. In all his excitement, Hector forgot to get an autograph. Or maybe he got distracted by Maria Sharapova, who had also joined the queue to enter the venue. From stepping out of her black BMW to walking past the security cordon to joining us at the gate, she was looking every bit the glamour queen we know her to be. It didn’t seem real—the two of us standing ahead of Djokovic and Sharapova, hearing them talk about the most mundane stuff. For me, London 2012 was already a success.