‘Dhoni must shut out the distraction’

This World Cup is too close to call, which means that even the peripheral aspects of the game will assume importance 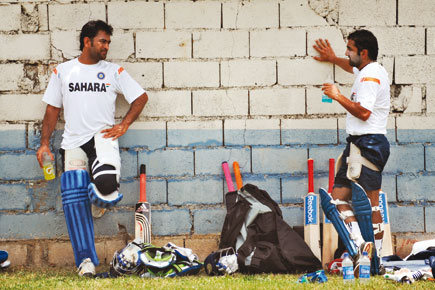 This World Cup is too close to call, which means that even the peripheral aspects of the game will assume importance


Six teams could win the World Cup. India are one of them. As a West Indian, I’m happy to say that the West Indies have a chance too. Our batting is looking good.

The other probable winners are Australia, South Africa, England and Sri Lanka. New Zealand and Pakistan have an outside chance too. I wish I could offer a shorter list. But all these teams are close. In such a situation, even the peripheral aspects of the game assume importance. Yes, you have to get the bowling and batting right. The bowlers have to be ready to bowl with a ball coated in dew. The batsmen have to use the warm-up games and practice sessions to get in to nick, because it is difficult to find form during the tournament. But even things like extras and saving a couple of runs in the outfield can prove decisive.

India’s strength is batting. When Virender Sehwag gets going, you know the team is going to post a big total. Players like him and Yusuf Pathan can run away with a game. As a left-hander, I look forward to watching Gautam Gambhir and Suresh Raina. It is a pity VVS Laxman is not in the squad. I love to see him bat.

Don’t worry, I’m coming to Sachin Tendulkar. He is one of the themes of this World Cup, since there is a possibility that it could be his last. The Indian people want the team to win the tournament for Sachin.

Who is the better batsman, Sachin or Viv Richards? I get asked this question on the odd occasion. Both are great in their own ways. But Sachin has got 50 Test centuries and umpteen in one-dayers. Records don’t count for much. But when someone does it to this extent, it tilts the balance in his favour. Besides, Sachin is a wonderful example to his teammates and his country.

What is not to like about Sachin’s cricket? He is graceful off his legs, he is graceful through the offside. He has everything. He has done everything people dream of doing. India must be very proud to have him as a son of their soil.

The impression is that both Sachin and I used heavy bats. My bat was not excessively heavy. It weighed 2.7 pounds. Since my hands are quite big, however, I needed five or six grips, instead of one or two, which was the norm.

Coming back to India’s chances, they might fall short in the bowling department. But then it is a varied attack. Harbhajan Singh can be tricky to face in these conditions. Yusuf Pathan’s off-spin and Yuvraj Singh’s left-arm spin will also be assets. Left-arm spin is potent. If you have a left-arm spinner who can bowl the arm ball and the one that turns away from the right-hander, you can set a decent field. Few batsmen hit aerial shots to the offside. Most of the big hits are to the onside. It is difficult to do that against left-arm spin.

I like Mahendra Singh Dhoni as a person. As someone who did a bit of captaincy in his day, I can only advise Dhoni to shut out the distraction for himself and the team. India cannot wish away the huge pressure from their fans. If a catch is dropped, there is bound to be criticism. Dhoni will have to get the discipline right.

The World Cup has changed since the first edition in 1975, which the West Indies won. The strategy of the game has changed, so has its economy and the media coverage. For example, there was no 30-yard circle in 1975. If you put up a big score, you could set a defensive field. A team got 60 overs, not 50. There wasn’t the media blitz of today, but the cricket was exciting. The atmosphere was terrific. It was something new, after all.

The West Indies won in 1975 and 1979. What would have happened had we won 1983 too? I would have been a Lord. We really should have knocked off the target of 183. We did not bat well at all. I often say we might have batted better had India made 283. Since I had pulled a muscle, I too had to bat a little lower, and Roger Binny, one of India’s heroes according to me, got me for eight.

India bowled to a plan. Kapil made some good moves. Binny and Balwinder Sandhu bowled well. People ask me if Viv’s dismissal was the turning point. I don’t agree. We batted deep and the target was small. We could have got there even after Viv got out. But we kept losing wickets.

After 1983, many sponsors wanted to get involved with cricket, especially one-day cricket. The Indian players did well. The World Cup winning team had all sorts of things given to them. They deserved everything.

When India won, the other traditional underdogs got a boost. The feeling was, ‘If India can do it, so can we’. Sri Lanka won in 1996. The game got a lift there too. The sponsors came in. Television fees went up. I guess only the West Indies were left behind.

Coming back to 2011, I’m a little disappointed about a couple of things.

One, some of the grounds, like Eden Gardens, took time to get ready. Two, I would have preferred the semifinals and final to have been day matches. Being day-night matches, the dew factor will come into play and the toss will become all important. I hope there is not too much dew. It is impossible to bowl with a wet ball.

The worst game to lose is the semifinal, because you are just one game away from making the final. You want the conditions to be even for such games. But in day-night matches, you bat first, make a good score and then have to bowl with a bar of soap at night. That is not fair.

This, however, is my personal observation. I’m still excited about the World Cup. I hope it is played in a scrupulous manner. One certainly does not wish to see matches being fixed. I hope the players behave themselves and we don’t have too many problems with match referees.