In this case, ‘replica’ does not mean ‘fake’. It means they got a trophy, identical to the original 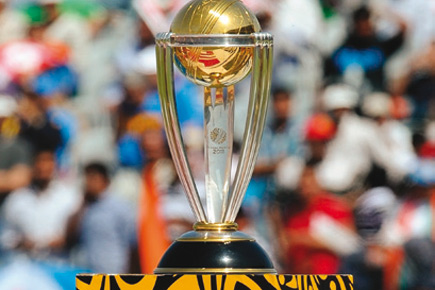 In this case, ‘replica’ does not mean ‘fake’. It means they got a trophy, identical to the original


In this case, ‘replica’ does not mean ‘fake’. It means they got a trophy, identical to the original

There has been a controversy over whether India received the original ICC World Cup trophy or a replica. The answer is, both. Because in this context, ‘replica’ does not mean ‘fake’. It only means that they got a trophy, identical to the original, made specifically for each edition of the tournament. The trophy seized by Indian customs is the mother trophy that is used for promotions and is permanently at the ICC headquarters, currently Dubai.

The current trophy has been used since the 1999 World Cup. It is the first permanent trophy in World Cup history. The first trophy was used for three tournaments—1975, ’79 and ’83. Prudential was the sponsor of the event then. The next trophy was created for the 1987 World Cup, sponsored by Reliance. The 1992 World Cup, financed by Benson & Hedges, had a crystal trophy. The 1996 World Cup, bankrolled by Wills, had a new trophy too. But a permanent trophy adds to the prestige of a tournament, examples being the Fifa World Cup and Wimbledon. In 1999, the International Cricket Council (ICC) realised this and created the current trophy, known as the ICC World Cup.

Garrard & Co, the British Crown jewellers, made the ICC World Cup within just two months in London. This is a rather impressive strike rate. The trophy is 60 cm high, made of silver and gold, and features a golden globe held up by three silver columns. The columns, shaped as stumps and balls, represent the three fundamental aspects of cricket—batting, bowling and fielding—while the globe characterises a cricket ball. It is designed in platonic dimensions. Which means it can be instantly recognised from any angle. (‘Platonic’ does not mean you can’t have sex with the trophy.)

The trophy weighs approximately 11 kg and has the names of previous winners inscribed on its base. (Match-fixing conspiracy theorists might say it has names of future winners). There is still room for about ten teams to have their names inscribed.