In lung seminoma, the cancerous growth can be the size of a golf ball. But the germ cells that cause it are responsive to chemotherapy 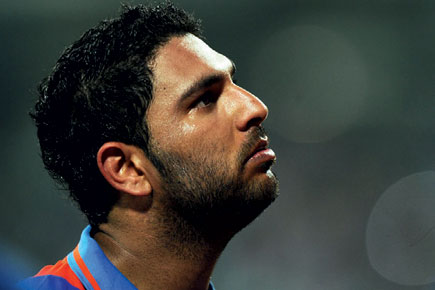 In lung seminoma, the cancerous growth can be the size of a golf ball. But the germ cells that cause it are responsive to chemotherapy


Cricketer Yuvraj Singh was recently diagnosed with a rare cancer called lung seminoma. He had earlier been found with a tumour between his left lung and heart, which has since been termed ‘malignant’.

In lung seminoma, the cancerous growth can be the size of a golf ball. It occurs due to a genetic predisposition developed during the foetal development phase and is considered relatively rare, doctors have said. But the germ cells that cause lung seminoma are responsive to chemotherapy. Yuvraj has left for the US to undergo chemotherapy.

As expected, the country is abuzz with Yuvraj and his ‘battle’. But the cricketer himself has expressed dismay at the “invasive” attention, remarking wittily to a newspaper: “Why this kolaveri over my ailment?” He is upbeat about his recovery, and has been reading Tour de France winner Lance Armstrong’s It’s Not About the Bike: My Journey Back to Life. In fact, Yuvraj is fighting the same kind of cancer that the American road racing cyclist had—but in different sites and at a much milder level. Yuvraj is battling cancer in his thorax, while Armstrong was diagnosed with stage IV testicular cancer. On Twitter, he posted, ‘I look forward to meet Lance Armstrong soon and take inspiration!’ The cyclist replied encouragingly , ‘Go @yuvsingh09!!!!’ yuvraj also wants to inspire other cancer patients and has made changes in a TV commercial for Birla Sun Life Insurance, which has him talking about health risks to his career.

His teammates and fans have come out in support of the cricketer. Mohammad Kaif told journalists, “This news broke my heart and I tried to convince myself that the story was wrong. Yuvi is a real match-winner and I’m sure he will defeat cancer.”