They Are the World’s Finest Soldiers. Show Some Respect 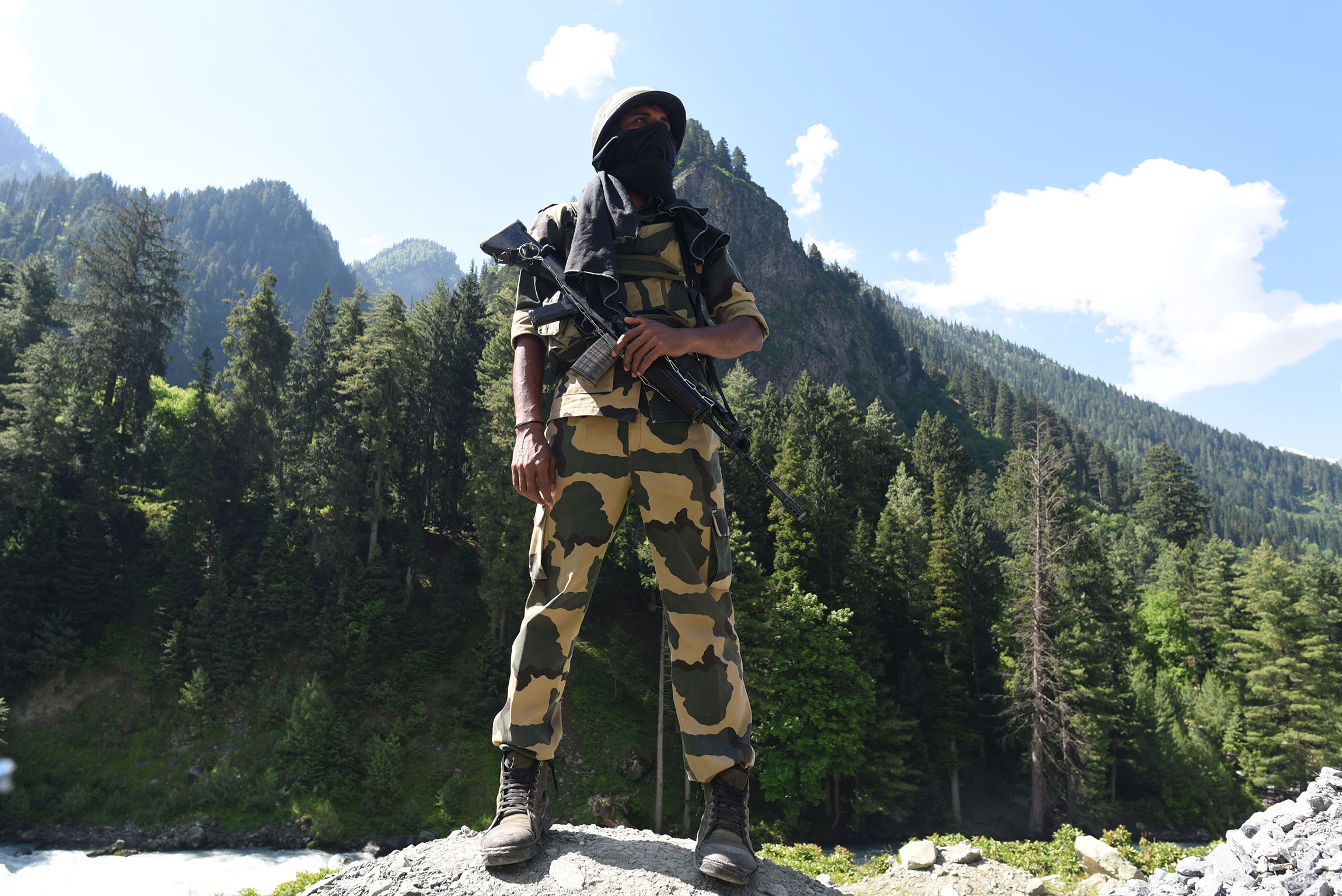 A Border Security Force (BSF) personnel stands guard at a checkpoint along a highway leading to Ladakh, at Gagangeer on June 17, 2020 (Photo: Getty Images)


God bless our brothers in arms who made the ultimate sacrifice in the line of duty in Ladakh. We need to see their sacrifices in the correct perspective. They did not fail in their duty. They only helped their ‘Paltan’ (platoon) to achieve their collective objective. However, the so-called experts offer a melancholic picture of the Indian Army’s activities in Ladakh. Nothing can be further from the truth than what most of them suggest with gusto.

Some of these chat shows are full of red herrings.

Some experts claim that the Chinese moved into Indian territory in large numbers and with heavy weapons and aircraft and that the Indian Army was caught off guard. This is not true as India’s intelligence and surveillance capabilities are excellent and can count every man and his dog coming towards us. The Indian Army would have known of any such movement because both sides carry out operational alert and collective training nearer to the borders. Any surprise would have happened only if the Chinese pitched up tents and continued to stay at places where they normally patrolled. Counter measures would have commenced immediately and peacefully, initially as per existing rules of engagement. Wherever they met with resistance, skirmishes took place and the matter was then reported to higher levels, resulting in military leaders-level talks and the decision to disengage.

This sequence of events does not show any weakness on the part of the Indian Army, a thoroughly professional force.

The Indian defence ministry announced the decision to disengage and the process started. Such an exercise at such high altitudes between two strong armies who do not trust each other tend to be long and tenuous. What happened at Galwan Valley on 15th June was due to a PLA sub unit delaying the move, probably to test us. Colonel Santosh Babu and his troops went ahead and signalled them to leave which resulted in the skirmish. And both sides suffered casualties. Before the Colonel and his buddies made the ultimate sacrifice, they had burnt down the Chinese tent and had accomplished their mission. Again, this shows strength, not weakness.

At all other places, where the PLA disregarded the rules of engagement, the Indian Army has confronted them head on. If you haven’t heard your Army complaining, rest assured they are standing their ground and the situation is under their control. Please understand, they don’t have the time to look back and tell everyone at home about what they are doing and how. That will be done after the situation stabilises and their mission is completed. We all can help by letting them carry out their mission, for which they are very capable. Many experts have hyped up the situation, giving a feeling of gloom, making the nation feel that our Army does not understand the seriousness of the situation and are not doing what is necessary. They are wrong.

The Indian Army and ITBP are steadfastly braving the cold and are meeting the challenge, head on.

The social media is full of rumours that Chinese ‘death squads’ were hunting down and killing Indian soldiers. This is laughable on two counts. Firstly, it is not possible to hunt and kill the best professional soldiers that we have. Secondly, PLA learnt the concept of ‘death squads’ from the Indian Army during joint training sessions. All our infantry battalions have a specially trained platoon called ghataks, who move long distances cautiously and carry out difficult tasks that the special forces typically do. From ghatak to death squad, even the name seems to have been borrowed.

It may appear odd that the Army is strong enough to complete their mission but is not announcing to the nation that they are capable of meeting the challenge and not giving out details of China’s activities. This is due to the fact that the success of their operations depends on the secrecy of their plans. They can’t let the world know that they know what the adversary is doing and how it is being countered till the mission is completed.

Incidents like what happened at Galwan Valley are not pre-planned. It happened at night in a rocky and mountainous area where the person a few meters away from you may not be visible and many could have fallen down the ravine. For the ‘Paltan’, completion of the mission includes removing the Chinese tent and accounting for everyone who were part of the mission. Search for missing personnel may take many days and during this time and they need to ensure that PLA does not come back to the spot again. We can help them by not insisting on the details, till they are ready to report that. Counting PLA’s casualties during this time is too much to ask for.

There are experts who blame the Army hierarchy for dispatching troops to Galwan Valley without personal weapons — which is a joke. Indian Army and ITBP soldiers never go out on a mission unarmed. According to the rules of engagements near the LAC, troops of either side strap personal weapons on their back to prevent a mistaken intent. In case the weapons are pointed at each other in a skirmish chances of firing are high. These rules have been followed by both sides for a long time and hence there has been no firing on the LAC for a very long time. Don’t forget that these are the finest soldiers in the world and their commanders are the finest of their kind.

Some experts also blame the Army for not learning lessons from the past. The Indian Army is one of the most motivated and well-trained armies in the world. In fact, some say that they are over-trained. Many armies all over the world, including those in the USA, China and Russia train with us and learn from us. Indians are well-trained and equipped to face this challenge. The nation can help them by displaying faith in them.

All our brothers in arms who made supreme sacrifices in the line of duty would want that to happen.

Putting Tibet Back in Focus

They Are the World’s Finest Soldiers. Show Some Respect