Why You Shouldn’t Bet against Cricketing Minnows

Minnows, it turns out, have surprised us since 1979, the second World Cup 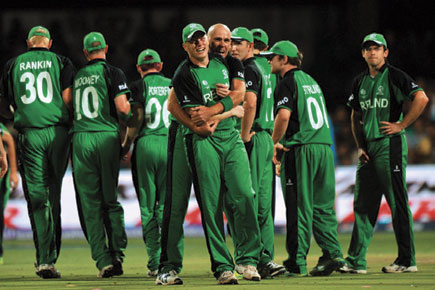 Minnows, it turns out, have surprised us since 1979, the second World Cup


Before every cricket World Cup comes a season filled with unheard cries over the death of the beloved game. These squeals come not from that sharp stabbing feeling fans get when India and Sri Lanka face off. It comes from the forgone conclusion that come hunting season, cricketing lightweights will be whacked solidly, reducing the sport from contest to farce. In truth—and we say this grudgingly—minnows can play.

With the tournament entering the business end of things, it’s fair to say that the first round was entertaining. Low scores defended, high scores chased down, collapses engineered; this is just England. Ireland, which gave us Pierce Brosnan by way of Remington Steele, also gave the lower end of the table steel. They beat Netherlands and England, ran West Indies close, and pressured Indian batsmen in a game that was closer than the numbers show. Bangladesh beat England (and Ireland), Kenya gave Australia a real run, and Zimbabwe managed wins over Kenya and Canada.

Minnows, it turns out, have surprised us since 1979, the second World Cup. On 18 June 1979, India lost to Sri Lanka, which had made its one-day debut only four years earlier. In 1983, a minnow ended up winning it. By 1987, the aforementioned minnow was expected to win it, but Australia ended up with the Cup. Sri Lanka took its cue for the next one, metamorphosing from forgotten South Asian nation to champion. The Lankans came crashing down in 1999 when Kenya beat them on their way to the semifinals. By 2007, it was established that India was Australia’s closest competitor, so of course they crashed out after losing to Sri Lanka and Bangladesh. Then Ireland beat Pakistan. Bangladesh then beat South Africa, and lost to Ireland.