In 2007, New York Times columnist Frank Rich said that the NYT would no longer participate in these dinners 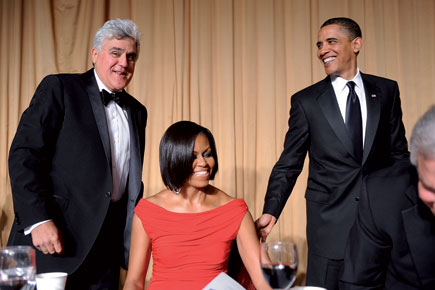 In 2007, New York Times columnist Frank Rich said that the NYT would no longer participate in these dinners


It is a night when the President of the United States comes face to face with the journalists who write about him and the White House. The mood is light. Everyone pokes fun at each other, and themselves. The history of the dinner goes back to 1920. Since then, it has been a day when differences are forgotten and the press and politicians break bread together. Hollywood and other celebrities as well as industry leaders are also in attendance.

Till 1962, women were not allowed at the dinner. But President John F Kennedy refused to attend unless this ban was overthrown. Earlier, the dinner used to feature singing between courses and an hour-long post-dinner show with star performers. But lately, the featured speaker has been a comedian. This year, it was Conan O’ Brien.

One of the main draws at the White House Correspondents Dinner is the President’s speech. It is usually funny and self-mocking. This year, after dancing to the rap song All I Do Is Win by DJ Khaled, Obama joked that if he got re-elected, he would unleash a radical agenda. But then a picture of him golfing on a mock magazine cover of Senior Leisure was shown on the screens. In response to those who refer to him as a Muslim (or socialist), President Obama also joked, “I’m not the strapping young Muslim socialist that I used to be.”

In the last few years, the dinner has also faced some criticism because it hints at cosiness between journalists and the administration. In 2007, New York Times columnist Frank Rich said that the NYT would no longer participate in these dinners. He felt that their existence ‘illustrates how easily a propaganda-driven White House can enlist the Washington news media in its shows’.