The ongoing episode of the Israel-Hamas conflict

Since 8 July, Hamas has fired nearly 1,000 rockets and mortars into Israel and the latter has carried out about 1,500 strikes 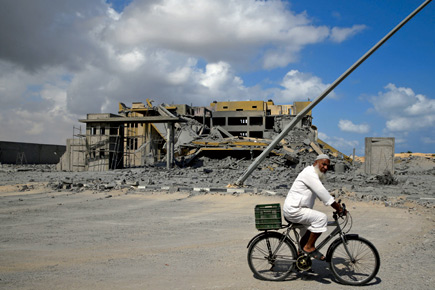 Since 8 July, Hamas has fired nearly 1,000 rockets and mortars into Israel and the latter has carried out about 1,500 strikes

The current Israel-Hamas conflict is one of the deadliest confrontations between the two in several years. It has, according to Palestinian officials, already led to the death of over 202 people, most of them civilians, and almost 1,500 have been wounded. Since 8 July, Hamas has fired nearly 1,000 rockets and mortars into Israel, and Israel has carried out about 1,500 strikes against targets inside the Gaza Strip.

The Gaza Strip has been a recurring flashpoint in the Israel-Palestinian conflict for several years. Although Israel pulled out its troops and settlers from Gaza in 2005, it continued to control the borders and the movement of people and goods in the area, claiming security exigencies. But Palestinians in Gaza complain how this is leading to severe socio- economic hardships. Hamas, the political formation that controls this region, claims Israel’s restrictions are intolerable.

The latest outbreak of violence can be traced to the abduction and killing of three Israeli teenagers in June, which Israel blames on Hamas and which led to a crackdown on the group in the West Bank, although Hamas has denied the charges. Tensions worsened after the killing of a Palestinian teenager in Jerusalem, a suspected ‘revenge attack’. As the two escalated their attacks on each other, Israel’s deadly bombing raids on Gaza have earned it severe condemnation worldwide.

Egypt, the traditional regional mediator, has tried to broker a ceasefire between the two. Israel, under heavy international pressure, has agreed to it, but Hamas has so far refused. Hamas, whose popularity ratings in the area were at an all time low because of a sluggish economy, is likely to gain sympathy among Palestinians for hitting back at Israel.