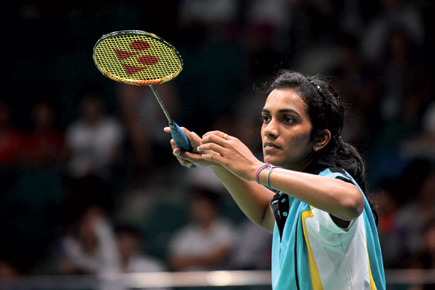 
The 18-year-old Hyderabad shuttler Pusarla Venkata Sindhu has become the first Indian to win a women’s singles medal at the badminton World Championships. She achieved this feat by reaching the semi-final and winning a bronze at the latest edition of the tournament in Guangzhou, China. The last Indian player to win a singles medal in the tournament was Prakash Padukone in 1983. Jwala Gutta and Ashwini Ponnappa won bronze in the women’s doubles in the 2011 edition in London.

What makes Sindhu’s achievement special is the formidable opponents she faced. The 5’10” right-hander defeated the second-seeded Yihan Wang and the seventh-seeded Shixian Wang on her way to the semis. She lost in the semi-finals to eventual champion Ratchanok Inthanon from Thailand. This was Sindhu’s maiden entry in the tournament.

Sindhu belongs to a family of sportspersons. Her parents, PV Ramana and P Vijaya, are former professional volleyball players. Her father is an Arjuna Award recipient. Sindhu started playing badminton at eight. It is said that Sindhu chose badminton over other sports because she was inspired by Pullela Gopichand.

As a child, Sindhu trained under the late Mir Mahboob Ali in Secunderabad. Saina Nehwal was also a student of Ali in her early years. Sindhu has since then been training at Gopichand’s academy. She’s lifted several titles in various categories. She was first noticed in 2009 when she won a bronze in the sub-junior Asian Championships in Colombo. Last year, she upset Olympic champion Li Xuerui at the Chinese Masters in Changzhou, a month after the 2012 London Games. Her maiden Grand Prix gold title came earlier this year when she won the Malaysian Open tournament.