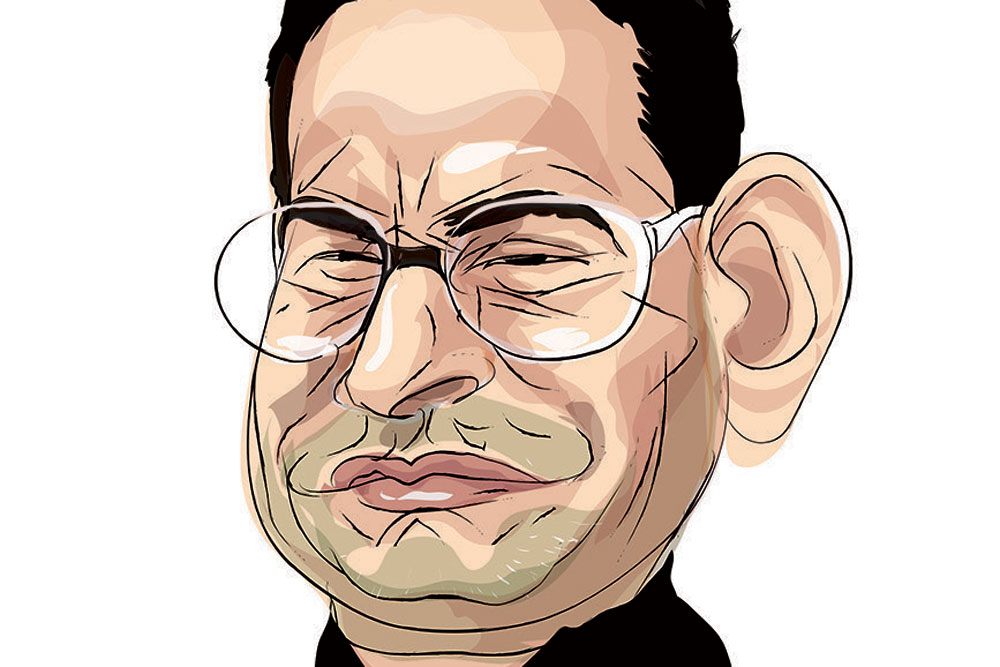 
n Mumbai, political strategist Prashant Kishor had lunch with Nationalist Congress Party (NCP) chief Sharad Pawar and had dinner with actor Shah Rukh Khan (SRK) on the same day. As SRK has little connection to politics, the meeting has raised eyebrows. For long SRK has been the brand ambassador of West Bengal, thanks to his position as chairman of the state’s Indian Premier League team Kolkata Knight Riders and the chemistry he enjoys with Chief Minister Mamata Banerjee. The star is also not known for his proximity to the ruling Bharatiya Janata Party (BJP) at the Centre. That makes SRK the choicest star campaigner against BJP in the 2024 General Election. So, what transpired between Kishor and SRK has set tongues wagging.

For much of last year, Bihar Chief Minister Nitish Kumar faced attacks from ally Chirag Paswan who was playing on the strain between him and BJP. Today, Nitish seems to have the last laugh by reportedly helping in the coup that has resulted in the replacement of Paswan by his uncle Pashupati Kumar Paras as president of the Lok anshakti Party. At every stage, Nitish is learnt to have kept ally BJP in the loop. Now, by his own admission, Paras may become a Union minister. But Nitish is eyeing the posts of a Central minister and two ministers of state for his partymen in the upcoming Cabinet expansion. With so much going for Paras and Nitish, Bihar BJP heavyweight Sushil Modi cannot be far behind in the race for a ministerial berth.

In Rajasthan, former Chief Minister Vasundhara Raje is being given the cold shoulder by BJP. In a recent poster against incumbent Chief Minister Ashok Gehlot’s government, BJP highlighted Modi, Shah and party president
JP Nadda alongside pictures of state leaders, but Raje’s mug was not to be found. BJP reasons that since Raje, the Dholpur royal, doesn’t hold any official party position now, one should not expect her to be on the poster despite her mass appeal. But the animosity between Raje and the BJP leadership is also out in the open as well as her proximity to Gehlot. So, in case she forms a new party, she can spoil BJP’s prospects in the state. That can benefit Gehlot immensely. Can BJP afford to ignore Raje any longer?

Several BJP-ruled states will retain their chief ministers, contrary to the perception that change is imminent. While Uttar Pradesh (UP) Chief Minister Yogi Adityanath, Karnataka Chief Minister BS Yediyurappa, Uttarakhand Chief Minister Tirath Singh Rawat and Tripura Chief Minister Biplab Kumar Deb were all considered to be on exit row, the opposite is true. In the case of UP, while dissident leaders demanded Adityanath’s ouster, the latter met Prime Minister Narendra Modi and Home Minister Amit Shah and ensured he’ll be the face of the party in next year’s Assembly election. In Karnataka and Uttarakhand, too, the chief ministers are getting enough support from the Centre to keep dissidents at bay. In Tripura, the situation is slightly different with BJP General Secretary BL Santhosh’s air dash to Agartala recently where he spoke to rebel leaders led by Sudip Roy Barman. It is believed that the party wants Biplab Kumar Deb to shed his arrogance in sync with what the dissidents have been demanding. But there is no change in leadership on the cards.

In February-March next year, five states will hold Assembly elections. By then, can the newly formed Union Territory of Jammu & Kashmir (J&K) hold elections too? We learn that Prime Minister Modi and Home Minister Amit Shah have started the process as much as Pakistan Prime Minister Imran Khan, who has declared poll dates on the other side of the border in Pakistan-occupied Kashmir. Back home, J&K Lieutenant Governor Manoj Sinha seems to be readying the poll apparatus though the role of Hurriyat leaders and Modi’s election strategy are yet to play out.

The buzz is West Bengal Governor Jagdeep Dhankhar may be replaced by Kerala Governor Arif Mohammad Khan, also a supporter of Prime Minister Modi on several issues, including triple talaq. The gossip gains credence since an estimated 30 per cent of the state’s population is Muslim. Though Leader of Opposition in the state Assembly Suvendu Adhikari denies there is any truth to it, the rumour keeps getting stronger with Mamata Banerjee demanding Dhankhar’s immediate replacement.
The ball is now in Delhi’s court.

In the war of the tweets, Congress leader Rahul Gandhi is a regular opponent of the Modi Government and keeps BJP’s social media wing led by Amit Malviya on its toes. Rahul’s sister Priyanka Gandhi Vadra, who is All India Congress Committee general secretary in charge of UP, is also keeping step with him on Twitter though BJP doesn’t seem to mind as much. Why? Maybe, its stalwarts feel that if they attacked Priyanka, she would gain needless importance while Rahul as the opposition’s face would be beneficial for BJP in elections.