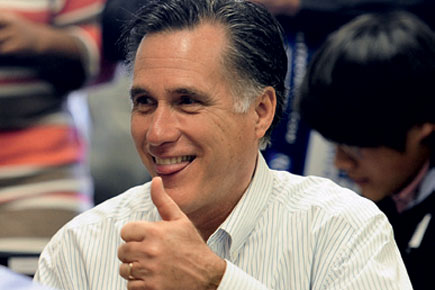 
If statements like “I like being able to fire people who provide services to me” are to be taken seriously, then Americans should be worried about Mitt Romney replacing Obama. And he sure seems headed in that direction. In the 2012 Iowa caucuses of 3 January, considered an indicator of things to come, Romney won with 25 per cent of the vote. He won the New Hampshire primary the following week with a vote of 39 per cent.

Willard Mitt Romney is an American businessman and politician. He was the 70th Governor of Massachusetts till 2007, and is a candidate for the 2012 Republican Party presidential nomination. There are many who seem wary of Romney, including Republicans. His wealthy lifestyle and brash comments have left the party red-faced. Many social conservatives are also worried about his past support for abortion rights (he has since become anti-abortion), and his Mormon faith. In a TV debate, he admitted that he favoured amending the Constitution to ban same-sex marriage.

Critics say Romney’s reputation as a corporate job killer may hurt his chances in states where unemployment is high. There were reports that Bain Capital, an investment firm Romney co-founded, laid off workers while raking in huge profits at companies it took over.

But he has gained popularity among voters conservative about social issues such as gay marriage and abortion. He is considered the very picture of a disciplined establishment Republican candidate. He has the campaign infrastructure, the money and he rarely wavers from his anti-Obama message.

His campaign seems to be about how bad Obama has been for America. He’s been quoted saying, “The last three years have had a lot of change but not a lot of hope”, and has reiterated that November’s election would be about “saving the soul of America”.