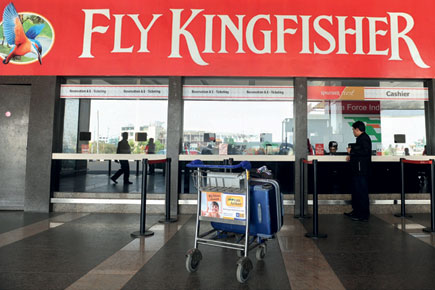 
The already debt-laden Kingfisher Airlines last week reported a near doubling of its net losses in the last quarter of 2011. The company posted a net loss of Rs 444 crore in the three months to December, compared with Rs 254 crore a year earlier.

It should be noted here that the private carrier has never reported a net profit since it started operations in 2005. The advent of many rival low-cost airlines never quite let it take off. The company has maintained that soaring fuel costs and high local sales taxes have contributed to the loss. A quarter of Kingfisher is owned by domestic banks, and some have refused to lend more money to the firm unless fresh capital is raised.

When Kingfisher cancelled flights this week, it blamed the Income Tax Department for freezing its bank accounts, which had in turn affected its payment schedule. The company’s financial crisis has led to the resignation of 50 per cent of its staff, including cabin crew and ground staff.

The Indian Government says it wants to help manage the situation as it’s not just Kingfisher in trouble but the whole aviation industry. It is alleged that Vijay Mallya has been lobbying hard with the Government for help. And it seems to have worked, in part. Airlines will now be allowed to import fuel directly; FDI up to 49 per cent in the aviation sector may be allowed soon; and private airlines will get equal access to foreign routes.

But it may take more than that for Kingfisher to survive. The DGCA has not accepted its reason for flight cancellations, since the airline has defaulted on taxes and tax deducted at source for its employees has not been deposited with the IT Department yet. If the airline does not get its act in order, it may be time to shut shop.