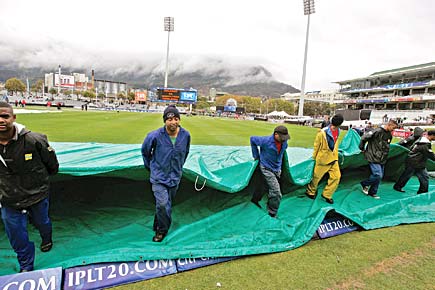 You don’t have to be a rocket scientist to understand the D/L Method. But it helps


Right off the bat, let me tell you that you don’t have to be a rocket scientist to understand the D/L Method. But it helps. Having said that, let’s now try and come to grips with a not-so-little something that has stumped most cricket lovers for over a decade. Quickly.

In the 1992 World Cup semi-final, after a short rain delay, South Africa went from needing 22 off 13 balls to beat England to requiring the same number of runs off a solitary delivery, with not so much as a ball being bowled. This prompted Christopher Martin-Jenkins, doing radio commentary, to say, “Surely someone, somewhere could come up with something better.” Five years later, thanks to the efforts of two intrepid souls, the cricket world went from a system that wasn’t working to one that needs too much work.

The D/L Method gets its name from Frank Duckworth and Tony Lewis, two English statisticians who devised it. They believed their method was simple enough to use at all levels of limited-overs cricket and, in 2004, unveiled a Professional Edition for ODIs, which requires the use of computers to arrive at all its statistical derivations.

According to Messrs Duckworth and Lewis, a team’s ability to score runs depends on two resources: available overs and wickets in hand. Their method, using historical score data, exploits the connection between the availability of these resources and a team’s score in the final reckoning. Applied to 50-over matches, each side has to face at least 20 overs before the D/L Method can decide the game. In Twenty20 games, the corresponding figure is a paltry five.

Using a published table with the percentage of combined resources remaining for number of balls left and wickets lost, the finish line can be adjusted up or down to reflect the loss of resources to one or both teams in a shortened game. This percentage is then used to determine a ‘target score’ rounded off to the nearest integer. By which time, any hurried man worth his urgencies should have devised a foolproof method to change the topic of discussion.

Speaking of which, there’s also the newly-proposed VJD Method, developed by engineer V Jayadevan, to calculate targets in a rain-interrupted match. Rest assured, we won’t get into it. Today.