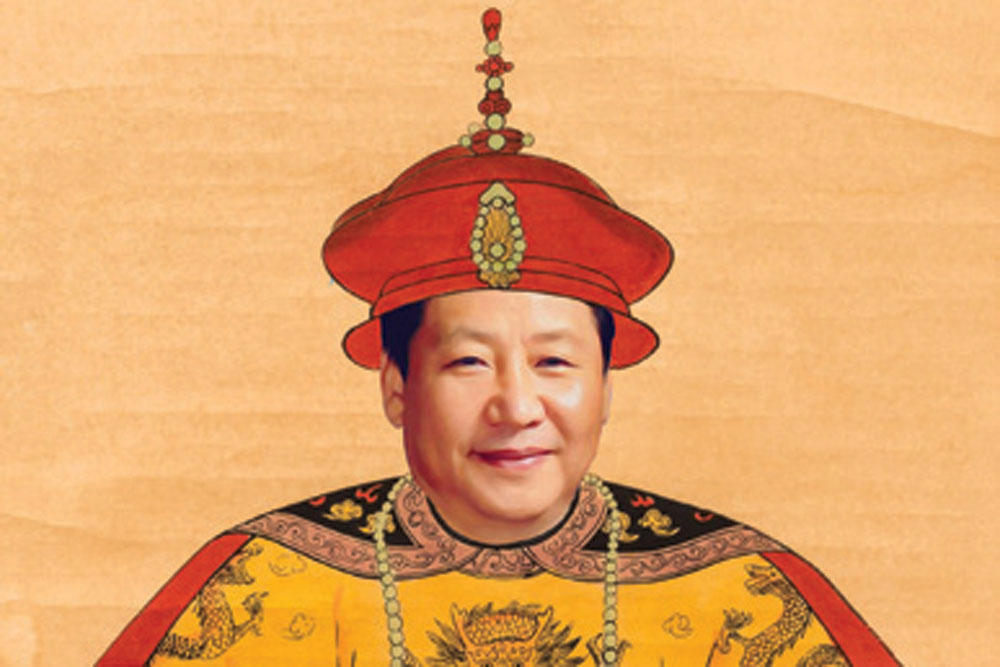 DICTATORS DREAM. So do revolutionaries. In their dreams lies the synopsis of horrible histories. We can trace the origins of national mythologies and extraterritorial violations to those reveries. They built heavens on earth, challenged gods, and worked hard, with a sledgehammer in one hand and the book in the other, to keep questions and conscience at bay. Dreams born in the delirium of dictators are nationalist epics. They are sustained in the real world by lies and gulags—if it was Siberia yesterday, it’s Xinjiang today.

The Chinese Dream, authored by Xi Jinping, is the new nightmare.

As a phrase, it’s a rip-off. Another cheap Chinese imitation, it’s the American Dream in Mandarin. In its ambition, it’s MCGA instead of MAGA. Make China Greater Again. In Xi’s words, said at the 12th National People’s Congress in 2013, it is the only way forward: “To achieve the China Dream, we must foster the Chinese spirit, that is, the national spirit centred on reform and innovation. This spirit is the force that rallies the people and pools their strengths and that makes the country prosperous and powerful.”

It may sound like motivational banality. In totalitarian traditions, the dry objectivity of words hides a sinister truth about the leader himself. It is enforced understatement in the service of expansionism, obedience and suppression. For Xi, it has a larger objective: the eternity of his reign. It is the return of the Great Helmsman, and the new one has perfected the craft of balancing total dominance at home with permanent conflict in the near abroad. It’s Chairman Xi at work; it’s the borders, not the headquarters, that are being bombarded.

Xi’s Dream is the most audacious after Mao’s. The original Helmsman, though a poet, did not call it a dream. The Chinese were then fed on Chairman Mao’s “thoughts”. Xi, whose Dream marks the third phase in China’s evolution as a paranoid empire, builds on his predecessor’s legacies to create a monument to his own indispensability. The China Dream updates Mao’s revolution and Deng’s modernisation, without compromising on the inviolability of the ideological apparatus.


It’s Chairman Xi at work; it’s the borders, not the headquarters, that are being bombarded

It is a rich ancestry, bolder and bloodier, and always making the best use of practical aphorisms. The Chairman strived for the purity of the revolution through an abolition of hierarchies and the sanitisation of minds. The deaths, in millions, were inevitable statistical fallouts. From the Great Leap Forward to the Cultural Revolution, it was the never-ending deployment of language to achieve the national idyll. For the founding revolutionary, socially engineered civil wars, couched in uplifting semantics, were necessary to purify the nation.

Deng was a survivor of the Cultural Revolution, and as the moderniser who took China out of Maoist taboos, he too understood the uses of aphorisms while selling a dream. It was glorious to be rich, he said, and didn’t mind the colour of the cat as long as it did the job of catching mice. As he launched the modernisation, or Westernisation minus democracy (the corrosive “Fifth Modernisation”), Mao, still a powerful invocation, had to retreat to the souvenir shop. Marx with Big Mac was the apt metaphor.

By now, socialism with Chinese characteristics has become capitalism marinated in Chinese nationalism. If Mao supplied revolutionary memories, even with limited practical use, Confucius provided the philosophical foundation for lofty leadership and social hierarchy. Virulent nationalism needed adjectives culled from the revolutionary experience. The Thunder from the East, still, stopped the world from hearing the anxieties and paranoia of a country so scared of its own citizens. It was this paranoia that crushed the dreams that challenged the Dream on June 4th at Tiananmen Square in 1989, the year in which communism was rejected in Eastern Europe. Again, language was deployed for the final horror. The regime called the Tiananmen Square massacre an “incident”.

Xi’s Dream, in spite of its indebtedness to Americanism, does not allow dreams that yearn for democracy or freedom of thought. His Dream is the new Emperor’s credo, and its defiance spreads across Hong Kong, Taiwan, the South China Sea, and to the Indian Himalayas. The Chinese Dream about the glorious nation is, as we are fast realising, extraterritorial terrorism. In his introduction to his novel about Xi’s Dream, the dissident Chinese novelist Ma Jian writes: “China’s tyrants have never limited themselves to controlling people’s lives: they have always sought to enter people’s brains and remould them from the inside. In fact, it was the Chinese Communists in the 1950s who coined the term ‘brainwashing’ (xinao). The China Dream is another beautiful lie concocted by the state to remove dark memories from Chinese brains and replace them with happy thoughts.”

And some happier thoughts from the Galwan Valley too?

Is India still paying for Nehru’s China-submissive policy? ~ by MJ Akbar
China throws down a challenge to India ~ by Brahma Chellaney