A Kochi-based indie band sings of rains and floods 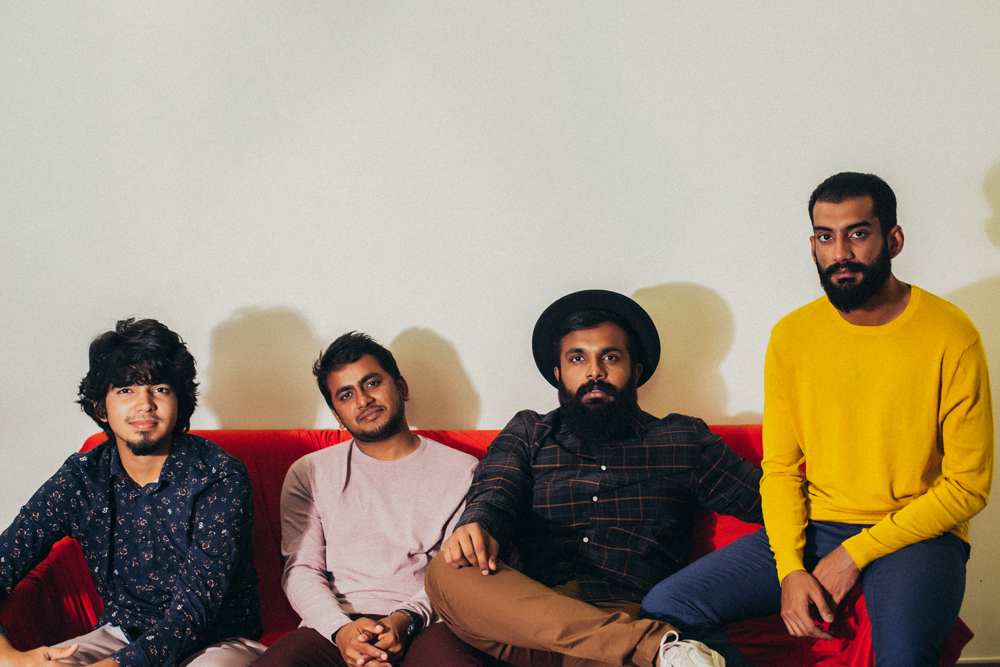 WE HOPE THE skies open up and a new beginning dawns, the words of the song Nee Aara, sung in the aftermath of the Kerala floods last year, instil hope in the state reeling from a fresh spate of flooding.

Written by noted Malayalam lyricist Engandiyoor Chandrasekharan, the single was scheduled for an August 16th release but came out on August 8th instead. “We wanted it to be out before the anniversary of last year’s flooding, but never expected the floods to hit again. [The advanced release] was our way of keeping spirits up during the trying time,” says Ashwin Gopakumar, vocalist of the young Kochi-based band When Chai Met Toast.

The song with a video that features the band speaks of hopeful themes: the light at the end of darkness, the journey from chaos to calm. What began as a tribute to the state’s resilience now stands as a metaphor for hope. Among other things, it is also the band’s first Malayalam song.

In another scenario, a ballet dancer triumphs over odds like an alcoholic husband and domestic abuse for a fighting chance to perform on stage. Her aides: her child and a resourceful Beagle. The short official video of the song Believeeffectively captures what the indie band stands for: hope. Their sound is easy and infectious with elements of blues and funk, able percussion and simple melodies that stay with you long after the song has ended. The lyrics are simple and revolve around the common ‘every cloud has a silver lining’ theme. They also come in different languages. So, a primarily English song could be punctuated with a Tamil hook phrase, a Malayalam line and a few Hindi words thrown in for good measure.

The four-member band—with Ashwin on vocals and guitar, Achyuth Jaigopal on guitar/banjo, Palee Francis on the keyboard and Pai Sailesh on the drums—has had an explosive year and there’s more coming.

“The hardest part of starting a band is naming the band. It has to represent you and what you stand for,” says Ashwin. The band’s name is traced back to a breakfast at Springr Cafe in Fort Kochi. “It was our first show and we needed a name. We weren’t eating toast but there was an offer on toast. We had a list of names and this one just kept popping up,” he says. But the name has been interpreted in different ways, as one marking the confluence of genres, their Indian roots and Western sounds and much more. “We’ve also occasionally made up stories about the name,” they admit.

The story about the band is much like the band. Their fans derive meanings from all that they do and say, but their own explanations are far simpler. Take their songwriting, often described as ‘happy’ or ‘hopeful’. They insist it is more than that. “We don’t want to confine ourselves to a genre and we would like to think our last EP [Believe] has its mellow moments. Only the first few songs were straight up ‘happy’. We’ve grown to be ‘positive’ we would say,” says Ashwin. “We do want to put a smile on people’s faces at the end of it. The songs have their ups but they have their downs as well,” guitarist Achyuth adds. The closest they’ll come to talking about genres is ‘neo folk’.

In just three years since arrival, this Kochi-based band has subtly crept on to the indie scene. From club gigs in Bengaluru they went on to perform a staggering 100 live shows in over 30 Indian cities in 2018-19 including appearances at two editions of the NH7 Weekender Pune.

It all started when Ashwin and Achyuth first met, again, at Springr Cafe in 2014. “I then called Ashwin for collaborating on a song I was doing,” says  Achyuth. And the rest, as they say, is history. When Beautiful World was released, it did better than they expected. A band wasn’t part of the plan till this point but they were now swiftly working towards putting it together. 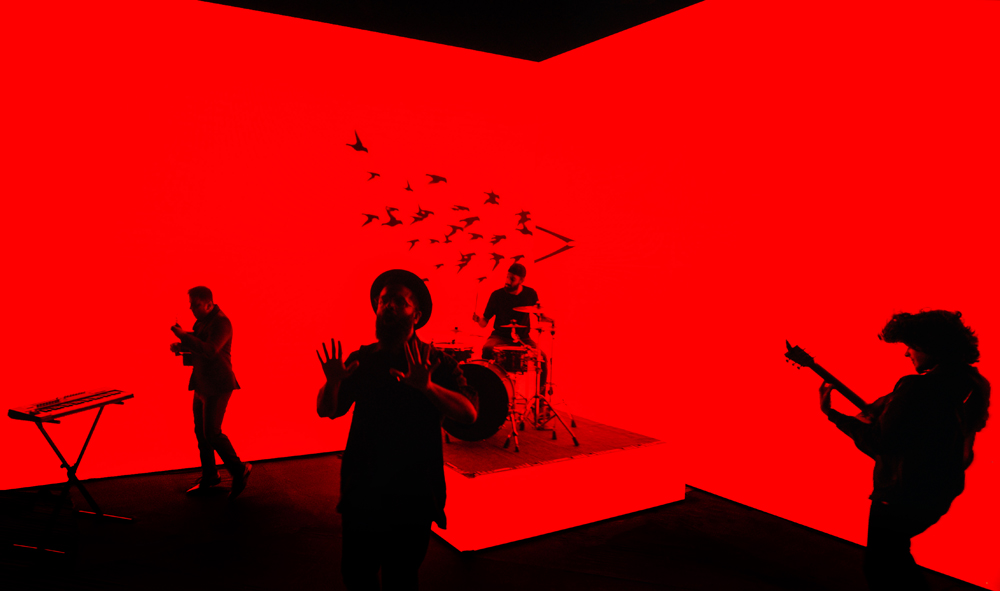 Palee Francis and Pai Sailesh got on board for keyboards and drums, respectively, and the single Fireflies was released in 2016. “That was what caught the attention of many in the industry and we got a spot at the NH7 Weekender. We then started working on the EP and released Joy of Little Things [in January 2017],” Ashwin says. The same year, the band played 40 shows around the country.

“We don’t want to exclude anybody. We’ve played at colleges [as well as] at a wedding anniversary of a 50-55-year-old couple,” says Ashwin Gopakumar, vocalist, When Chai Met Toast

The members themselves aren’t new to indie music. Achyuth, the youngest at 22, toured with The Raghu Dixit Project while just a teen; Ashwin was part of a metal band called Purple Blood. Trained in vocals including Carnatic music at an early age, he knew the stage was his calling. However, he realised “just playing” wasn’t enough and he had to do his time understanding the business of music. And thus followed a backstage stint at a performance space, courses including one at Chennai’s Swarnabhoomi Academy of Music and educational trips to music festivals such as Mayhem and Coachella.

They’ve been called the Indian Mumford & Sons ever so often, but are trying to break away from these comparisons. Their tracks, though peppy, with occasional experimental ones like Hop Stomp (with jazz undertones and a banjo), can be enjoyed by all ages. “We don’t want to exclude anybody. We’ve played at colleges [as well as] at a wedding anniversary of a 50-55-year-old couple,” says Ashwin.

What comes first: the words or the melody? “It’s usually the vocal melody, but there have been songs where the words came first. Like with Fireflies, the initial words were always there and the rest was built around it,” explains Ashwin.

A majority of their work gets done through WhatsApp recordings since the members weren’t in the same location until recently. “Like with Beautiful World, I found the hook while in the bathroom and sent Achyuth a recording quickly,” he says. “There is always that moment when inspiration strikes: it could be in the bathroom or atop a cliff in Gangtok when jamming,” he adds.

All the members of the under-30 band play their part in the songwriting and the result is a medley of influences, from psy trance to metal all the way to Indian bands like Avial and Indian Ocean.

Speaking of the multilingual aspect, they confirm it was impulsive and hardly a strategic decision. “Ashwin speaks many languages since he moved around the country during his childhood. Some words naturally came to him in other languages and we retained them. We had no clue it will make more people connect with us,” says Achyuth admitting they will stay multilingual and perhaps explore more languages too. “I might even give French a try,” Ashwin says in jest.

The band is gearing up for the release of a full-length EP next year, which will usher in a gradually changing sound. With four tracks rendered and videos in progress, they are excited but careful not to reveal too much. “It will be a surprise in terms of the sound. But the vibe will remain quintessentially When Chai Met Toast,” says Ashwin. 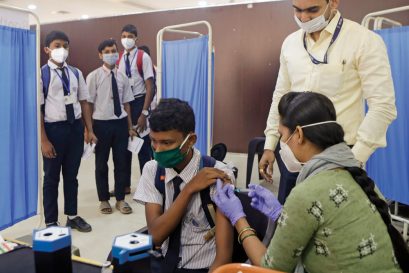